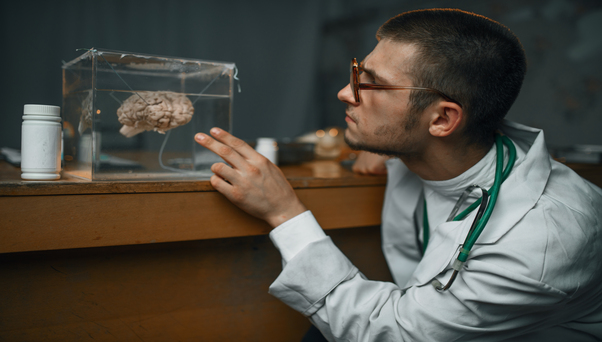 Roughly 700,000 people currently live with brain cancer in the U.S. There are numerous risk factors for this malignant disease. However, a lesser-known cause of brain cancer is exposure to solvents and vinyl chloride, toxic chemicals that were present on many military bases during the last century and even now.

With a survival rate of 36%, brain cancer is often a very aggressive disease. Brain tumors can severely impact life quality and eventually be fatal. A little over 70% of brain tumors are benign, whereas nearly 30% are malignant. Even though the average diagnosis age is 61, children are also at risk for brain cancer - approximately 4% of all brain tumors occur in children between 1 and 14. It is worthy of note that men are usually more likely to develop brain cancer than women. The causes of this awful disease include exposure to allergens, infections, and viruses, head injury, exposure to ionizing radiation, seizures, and having one of the following hereditary conditions, which 5% of brain cancer patients have:

Nonetheless, scientists found that exposure to solvents and vinyl chloride also increases the risk of brain cancer. According to a medical study from the British Journal of Cancer, chlorinated industrial solvents, such as methylene chloride, 1,2- dichloroethane, and perchloroethylene, have been suspected as a cause of glioma, as they can cross the blood-brain barrier. Glioma is a type of brain tumor that can be malignant, developing in the gluey supportive cells that surround nerve cells. These solvents lurked on Camp Lejeune for nearly 35 years. If you were stationed there between 1953 and 1987, you were inevitably exposed to toxic chemicals. To file a Camp Lejeune toxic water claim or lawsuit, please contact our diligent attorneys.

The connection between brain cancer and toxic exposure

While medical researchers are not entirely sure whether solvent exposure can result in brain cancer, there are many studies that have analyzed this link. A study from Occupational and Environmental Medicine focusing on the association between exposure to chlorinated solvents and the risk of glioma and meningioma found a connection between carbon tetrachloride and glioma. This link was discovered in analyses of exposed subjects with average weekly exposures above the limit associated with a high risk for this brain tumor. Researchers examined the health impact of six chlorinated solvents on the brain:

Considering that chlorinated solvents can cross the blood-brain barrier as a result of their size, non-polarity, and lipid solubility, they may interact with and damage the central nervous system. Interestingly, some of these solvents have previously been used as anesthetics, and epidemiologic studies have shown that prolonged exposure is associated with nervous system disorders such as dementia, cerebral atrophy, and Parkinson's disease. Finally, a study led by occupational epidemiologists in Australia discovered that when men are exposed to benzene the year before conceiving, they are over twice more likely to have a child with a brain tumor.

Our attorneys have been wholeheartedly dedicating their endeavors and time to offer toxic exposure victims the legal assistance they need for over two decades. If you spent time at a contaminated military base as a veteran, family member of one, or civilian and developed brain cancer, we strongly encourage you to contact our skilled legal team. Because we are aware of how overwhelming and difficult it can be to struggle with such a terrible disease, you will only have to send us your military records, which you must retrieve, and your medical records if you are a veteran.

To file a claim as a family member, we will need evidence of your stay at a military base and your medical records. These documents will help our attorneys review your case and determine whether you are eligible for compensation. If you are, we will begin preparing your claim for submission as soon as possible, and in the meantime, you can focus on your health and treatment. Eventually, you will obtain the largest sum of money you are entitled to for your brain cancer diagnosis. It is important to know that we work on a contingency fee basis, meaning that you do not owe us any money unless we recover compensation for you.