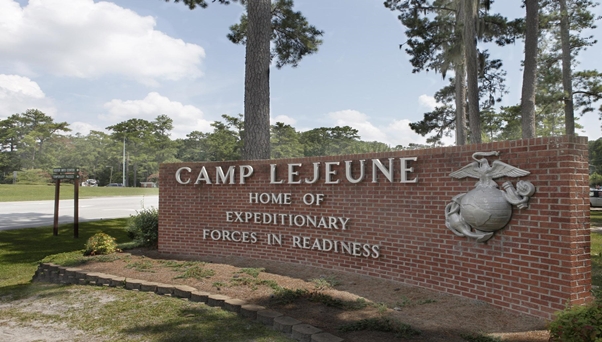 New study results suggested possible associations between exposure to perchloroethylene, dichloroethene, and vinyl chloride at Camp Lejeune and breast cancer. The results of this study add to the scientific literature on the health effects of exposure to these chemicals.

Between 1952 and 1987, over one million military personnel and their family members stationed at the U.S. Marine Corps Base Camp Lejeune in Jacksonville, North Carolina, were potentially exposed to industrial chemicals. Service members living on the base at the time, along with their families, began to develop health problems considered presumptive service-connected.

Founded in 1941, U.S. Marine Corps Base Camp Lejeune is a massive military training facility that wraps around the New River tidal estuary and borders the Atlantic Ocean. In the early 1980s, the wells that supplied two areas of housing at Camp Lejeune were found to be contaminated with vinyl chloride - a deadly toxic chemical, benzene - a carcinogenic gasoline additive, and other industrial chemicals, primarily chlorinated solvents such as trichloroethylene (TCE) and perchloroethylene (PCE). Later studies showed that there were upwards of 70 other health-hazardous chemicals that have been identified as contaminants at Lejeune.

Perchloroethylene (PCE) - the primary contaminant found in the wells serving the Tarawa Terrace system, is a manufactured chemical used mostly as a cleaning agent.

The U.S. Environmental Protection Agency (EPA) has classified PCE as "likely to be carcinogenic to humans" based on sufficient evidence of carcinogenicity in animals and suggestive evidence in humans, and the International Agency for Research on Cancer (IARC), a division of the World Health Organization (WHO) has also concluded that PCE is "probably carcinogenic to humans" based on similar evidence. PCE is toxic to humans even at very low concentrations. Consistent with experimental evidence, a few key studies suggested a correlation between breast cancer and trichloroethylene. Some studies suggest that early-life exposure to some chemicals, including PCE - in the womb, during puberty, and during pregnancy - may influence breast cancer risk later in life.

The toxic exposure at Camp Lejeune and the development of male breast cancer may be connected, according to a new study

"We observed an accelerated onset of male breast cancer among those stationed at Camp Lejeune compared to other bases", the Agency for Toxic Substances and Disease Registry said in a study published in the journal Environmental Health, adding that seven other cases involving male breast cancer were found.

If you have a current diagnosis of breast cancer and your military records are showing that you served at Camp Lejeune for at least 30 days, you may be able to get disability benefits.

To make a successful claim, you must meet these eligibility requirements: