Home   >   Our Official Blog  >  Factory Workers at Risk for Mesothelioma

Factory Workers at Risk for Mesothelioma 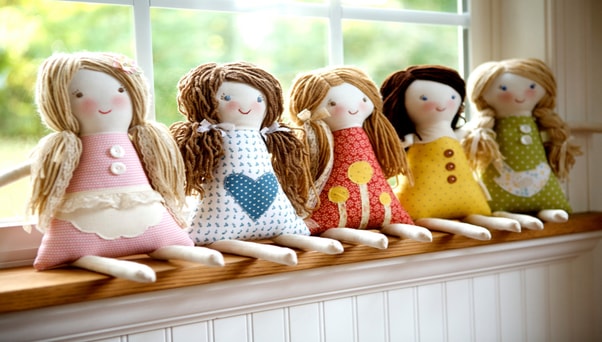 Although the employment of asbestos for commercial and industrial purposes has declined substantially since 1973, when a record amount of 804,000 metric tons of asbestos was used in the United States, mesothelioma remains a present-day disease. The only known cause of this aggressive form of cancer - that over 31,000 Americans fell victim to between 1999 and 2010 - is asbestos exposure. While exposure occurred in various settings, people who were in direct contact with asbestos in the workplace over several years are at the highest risk of developing mesothelioma - up to 10% will be affected by it. In fact, the vast majority of mesothelioma patients have a history of occupational asbestos exposure.

Factory Workers Were Exposed to Asbestos Between 1930 and 1979

At the moment, there are over 3,000 confirmed sources of asbestos exposure, a large portion of which refer to factories such as:

During the last century, people who had a job in one of these work sectors inhaled asbestos dust on a regular basis, usually for many years. As a result, they are now at high risk for mesothelioma, as well as for other serious diseases related to asbestos exposure. Because mesothelioma has a long latency period, ensuing in two to five decades from the first exposure to asbestos, the number of new cases is expected to increase through 2025.

The Significance of Occupational Asbestos Exposure in Women Factory Workers

In addition to workplace asbestos exposure as the primary cause, another important mesothelioma trend refers to gender. Since the heyday of asbestos use took place between the 1930s and the 1980s, both in the U.S. and throughout Europe, the better part of the jobs which involved asbestos exposure was held down by men. As a consequence, men are 4.6 times more likely to be diagnosed with mesothelioma than women, who account for only 8% of all cases. Nonetheless, the percentage of women who develop mesothelioma as a result of occupational asbestos exposure is actually much smaller, as it is a secondary asbestos exposure which usually causes this form of cancer in the female population.

Due to such a low prevalence, mesothelioma in women is insufficiently studied, even less when it comes to female patients whose diseases stem from workplace asbestos exposure. However, a recent study published in the Italian medical journal La Medicina del Lavoro reveals a series of novel aspects concerning pleural mesothelioma in doll factory workers, who had mainly been women throughout history. After analyzing the cases of three female workers who died of mesothelioma, researchers found the doll manufacturing companies they had been employed to be the source of asbestos exposure.

During the study, the team of researchers reviewed 757 cases of mesothelioma which occurred between 1993 and 2016 using data from the Province of Brescia Mesothelioma Registry. They discovered 3 mesothelioma deaths that occurred in cloth doll factory female workers, the occupational group which had been linked to this disease only by one study before. Pietrogino Barbieri, the leading researcher, decided to also reevaluate the findings of the previous study so as to assess the risk of mesothelioma in cloth doll factory workers with more accuracy.

Interestingly enough, two of the women who lost their lives to mesothelioma had worked in the same doll manufacturing facility. One of them - who was diagnosed with pleural mesothelioma in 1999, at the age of 51 - would press buttons on doll clothes in the warding department, whereas the other would sew clothes with industrial sewing machines. The third woman was the employee of another cloth doll factory between 1963 and 1965. She would use sandblasting devices on various doll segments, which was bound to make any asbestos fibers lingering on them airborne. "The occurrence of two mesothelioma cases in the same company out of the three here presented was suggesting an occupational exposure", wrote Barbieri.

A large amount of amphibole asbestos fibers was found in the lung tissue of one of the doll factory workers following a judicial autopsy. Since a connection between asbestos exposure and cloth doll manufacturing had not been suspected prior to this study, the source of asbestos was classified as "unknown". Nevertheless, in light of these recent findings, the origin of the woman's asbestos exposure was changed to "occupational certified". According to Barbieri, listing the source of asbestos exposure as "unknown" for female mesothelioma victims is a very common practice, as the disease affects preponderantly men. Moreover, occupational exposure is often challenging to prove in the case of women who develop mesothelioma due to the difficulty of pinpointing the source of asbestos in their former workplaces, which were significantly different from men's.

Work exposures currently cause 4% to 10% of all cancers in the U.S. You can be at risk of developing an occupational disease when your work exposes you to dust, fibers, chemicals, or fumes. Some of today's jobs at risk for constant or frequent exposure to dangerous and toxic chemicals include:

When claiming toxic exposure, a worker has to show that occupational exposure substantially contributed to the development or aggravation of a medical condition. Typically, in these types of exposure cases, the defendant will investigate the possibility that cigarette smoking or some other cause was the source of the injury, not the job conditions.

If you were injured because of your job or occupation or if you suffered asbestos exposure and developed an asbestos disease, you have the right to file a compensation claim. If you have an injury that resulted over time while working in a factory job, it's important to consult with a toxic exposure attorney to explore any rights that you may have.

There are many reasons why reaching out to our attorneys may be a good idea. Things can happen with legal claims. Even apparently clear cut claims can get denied. Hiring a lawyer to represent your claim may protect against all of the unforeseen issues. Call us to schedule a free consultation at 205.328.9200.