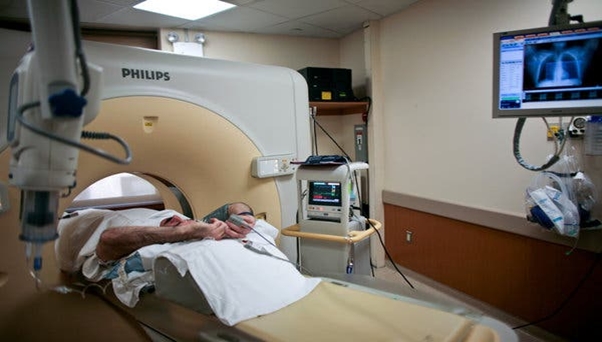 Both patients and physicians should bear in mind high false-positive and false-negative rates when considering screening for lung cancer with CT or chest radiography. Causes of erroneous results can be harmful to the patient and also can lead to economic strain.

Asbestos fibers that have been inhaled remain in the lungs for a lifetime and eventually cause excessive scarring, resulting in a stiffening of the lungs that continues even when exposure has ceased. As a result, greater effort is needed to expand the chest when breathing which results in shortness of breath and inadequate oxygenation of the blood.

If you have unexplained shortness of breath, chest pain, or persistent cough and you have worked with asbestos but did not receive medical attention, you should visit your GP and explain your concerns and ask for a referral to a specialist who diagnoses and treats diseases of the respiratory system. Diagnostic tests such as chest X-rays and CT scans are used when symptoms suggest the possibility of lung cancer. 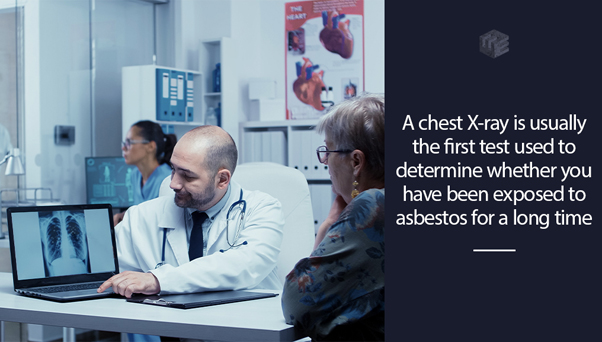 A chest X-ray is usually the first test used to determine whether you have been exposed to asbestos for a long time.

It is estimated that about 80 percent of lung cancers could be cured if detected at an early stage. A computerized tomography (CT) scan is able to see finer details within the lungs and detect small nodules that may be more difficult to see on a routine X-ray.

It is also used to perform a detailed assessment of abnormalities that were detected but not fully evaluated with low-dose computed tomography. A physician who specializes in the respiratory system can assist you in determining if CT lung screening is appropriate for you. The main eligibility criteria include:

Missed lung cancer is a source of concern among radiologists as it may be challenging to distinguish a lung lesion from bones, pulmonary vessels, mediastinal structures, and other complex anatomical structures on chest radiographs.

Pitfalls in CT diagnosis of lung cancer can be divided into the following groups:

Approximately 25 percent of patients who have CT screening have a positive screen, meaning that a nodule is found in the lung, according to the National Lung Screening Trial. The vast majority of these nodules are benign which means that most positive screening studies will be a "false positive". The false-positive problem is not the only issue surrounding lung cancer screening; experts worry that failure to describe a lesion that proves to be lung cancer may result in limited life expectancy. The risk for false-negative lung cancer screening is substantial as numerous lesions of a wide variety of cancer processes affecting the thorax may be missed.

Case study: missed lung cancer in a 76-year-old patient with a known history of exposure to asbestos and severe emphysema

Richard T. was exposed to asbestos as a hull maintenance technician in the U.S. Navy, and later again exposed to asbestos while working as a self-employed auto-mechanic. He presented to a respiratory physician with a chronic cough not responding to treatment. His posteroanterior chest X-ray showed a nodular opacity projecting upon the posterior arch of the right sixth rib. Another nodular opacity in the left basal region was not reported - decision-making error.

A CT exam performed immediately after the chest radiograph confirmed the presence of a nodule with regular margins in the apical segment of the right lower lobe. A nodule with lobulated margins was also visible in the left lower lobe corresponding to the nodular opacity missed on the chest radiograph. CT exam performed seven months later for nodule follow-up, shows the growth of the left lower lobe nodule, suggesting malignancy, subsequently confirmed at biopsy.

If you have been exposed to asbestos in the past and have symptoms like coughing or feeling short of breath, your doctor may perform a low-dose computed tomography to help diagnose your condition. If lung cancer is detected, your doctor also may order a computed tomography scan of your abdomen and pelvis or a PET scan to determine whether the cancer has spread to the lymph nodes or beyond the lymph nodes to another part of the body.

With a false or a positive lung cancer screening, we will determine eligibility for a claim

If you have been diagnosed with an asbestos-related pulmonary condition, your first priority must be to take care of your health.

However, the financial compensation for asbestos exposure may relieve some of the burdens for you and your family.

Our team of professionals understands the impact of a life-threatening illness and will work with you to minimize inconvenience and stress.

We provide a free first consultation and will fight to ensure you get the money you deserve as fast as possible as we know that the compensation you receive is essential to ensuring the medical treatment and quality of life for you and your family.