Myelodysplastic syndromes due to toxic exposure on military bases 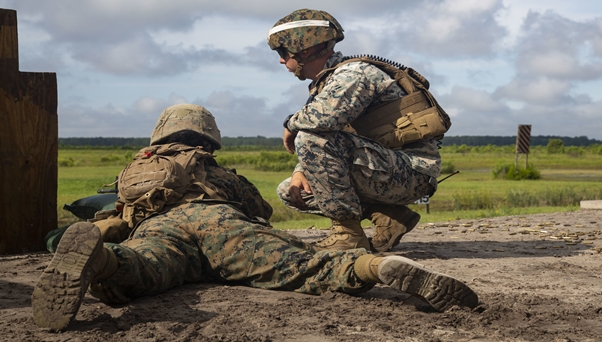 Those who served on active duty in the military and were exposed to solvents such as benzene for over a year experienced an elevated incidence of myeloid malignancy. Reportedly, long-term exposure to benzene can trigger myelodysplastic syndromes (MDS) - a rare and serious disorder also known as pre-leukemia.

Soil pollution occurs when man-made products such as oil, gas, and other organic compounds, seep into the natural soil environment. Some of the most common sources of these contaminants are storage tanks, septic systems, hazardous waste sites, landfills, and businesses that use hazardous materials.

Throughout the course of several decades, active-duty service members and their families (spouses and children) were exposed to extremely toxic compounds, including: 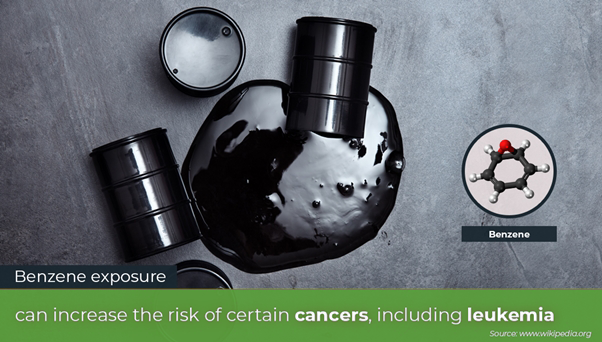 During the past decade, medical advocates for affected U.S. veterans have witnessed a connection and pattern of the military's use of solvents, used for metal-degreasing operations, with blood diseases leading to myeloid malignancy in a growing number of servicemen and women.

Excessive exposure to benzene, frequently used to clean aircraft and ground support equipment metallic parts has been known for more than a century to damage the bone marrowresulting in a lower than the normal number of circulating blood cells, and ultimately, myelodysplastic syndromes.

About 1 in 3 patients, myelodysplastic syndromes, also known as myelodysplasia, can progress to a rapidly growing cancer of bone marrow cells known as acute myelogenous leukemia. Instances of industrial discharge, both accidental and deliberate, have caused widespread benzene exposure in entire communities through soil, rivers, streams, lakes, and ponds.

One notable case was at Marine Corps Base Camp Lejeune, United States military training facility in Jacksonville, North Carolina where as many as 800,000 gallons of fuel leaked from underground storage tanks near a well that served base barracks, officers' quarters, and the base hospital.

Myelodysplastic syndromes (MDS) are a group of diseases caused by abnormal blood cells forming in the bone marrow which generally occur in older adults but may also affect children. There are several types of MDS, and they are classified based on how many types of blood cells are affected. Some types of MDS are more likely to turn into leukemia, an aggressive blood cancer.

Patients who do not progress to leukemia may experience a gradual fall-off in marrow function leading to worsening anemia, bleeding, and infection which despite transfusions of red cells and platelets, and antibiotics to treat the infection, can ultimately be fatal.

If you are diagnosed with myelodysplastic syndrome due to toxic exposure on military bases, you may be eligible for compensation or financial assistance.

Environmental Litigation Group, P.C. is a good place to start. Schedule a free consultation now with our legally trained experts to determine if you meet the preliminary requirements for a claim.

Compensation depends on the length of time you have been exposed, medical notes, long-term prognosis and seriousness of your illness, the extent of pain and suffering, and if you experienced lost earning capacity caused by any disability that you suffered as a result of exposure to toxic chemicals. For more information on how our attorneys can help you, please complete our free case review form today. There is no cost or obligation to have your claim evaluated by Environmental Litigation Group, P.C.