Home   >   Our official blog  >  Why is the Navy sampling private drinking water wells?

Why is the Navy sampling private drinking water wells? 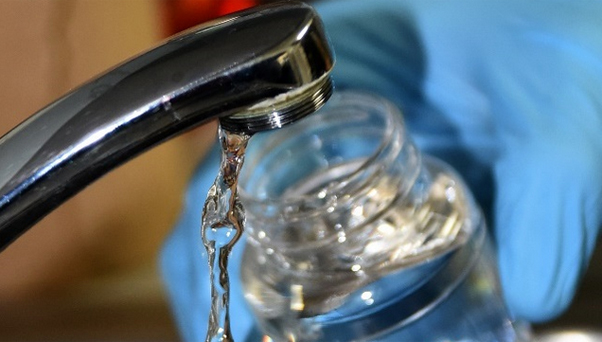 Over the past years, there have been a number of environmental activists raising concern about the toxic chemicals that can be traced in water sites near military bases. Ever since they have been calling on EPA to take action in this sense and set drinking water limits on PFAS compounds - PFOA and PFOS.

The first testing round in 2016, has detected a higher than allowed level of PFAS in 63 water systems spread through 22 states, putting at risk over 6 million Americans. Now the Navy has decided to extend their testing to private wells that are located near areas where military bases used AFFF.

The Navy's history with PFAS

A big part of water contamination comes from the Military's extensive use of Aqueous Film Forming Foam- AFFF. Around the 60s, the Navy has worked with 3M to develop a firefighting foam that could put out fuel-based fires. By the 70s, many military bases started to use AFFF in training exercises, to put out fire blazers and the Navy started requiring that their vessels carry it aboard. Because it had the ability to rapidly spread and contain the fire, the foam was soon widely adopted at all bases that handled fuel stations or that had the potential of fuel igniting. The irony is that although it was designed to prevent disasters and save lives, it turned out to be extremely toxic not only for the environment but for human health, as PFOA and PFOS toxins released from discharging large amounts of AFFF ended up being absorbed into soils or washed into groundwater, ultimately contaminating even drinking water around these Military bases.

PFAS have been classified as "forever chemicals" because they can stay in soil and water for long periods of time. They are immune to degradation and they are assumed to not naturally break down over time. PFOA and PFOS have been shown to still be present in groundwater even 15 years after the Military stopped using it in their activities. PFAS are mobile in soil and can travel large distances so water sites can be contaminated even if they are miles away from a military base.

Although they are not the only ones to blame for contaminating groundwater, the Military bears a great fault for its extensive use of AFFF on various bases around the US. Investigative articles around the subject of health risks associated with PFAS contamination have revealed that the Navy may have known about the danger of these chemicals as early as the 70s but have not made efforts to switch to a non-toxic firefighting foam until recently. 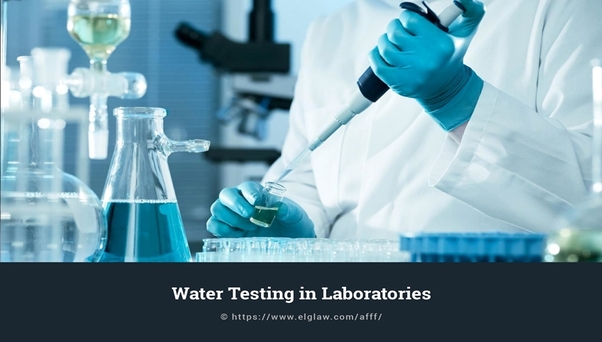 Considering the fact that PFAS can travel for long distances and therefore contaminate larger areas, it's no wonder that the Navy decided to start testing even private water wells. Their initiative started out of concern that these chemicals may have been swept through groundwater into private drinking wells at unsafe levels. Although the EPA still hasn't introduced a strict regulation on PFAS contamination and they are still studying to establish safer limits on drinking water, up until this point, it's been set that a percentage of 70 parts per trillion or higher poses a health risk. As a consequence, the Navy announced that in case of finding a higher than allowed percentage they will be providing clean water until a long-term solution comes along.

Despite the initiative being a step forward, it still doesn't right a wrong and the process of finding solutions to clean up contaminated water should be speeded up, as more and more sites are discovered to have higher than allowed levels and thus contaminating a big portion of the American population. We're now only in the first phases of studying how exposure to these chemicals can affect human health, but the results seem far from encouraging and not taking active measures to ensure safe drinking water can lead to a rising number of victims affected by PFAS exposure.

On account of their usage and even patenting AFFF, the Navy is directly liable for putting their personnel and thousands of other civilians at risk.

What can you do if you've been affected by PFAS exposure

There are a number of diseases that have been linked to PFAS exposure, from fertility problems, immune system degradation and thyroid problems to kidney or testicular cancer.

Here at Environmental Litigation Group, we focus on helping victims of toxic exposure receive rightful compensation from the liable parties that have put them at risk.

If you are a victim of PFAS exposure you can contact us and we will help you file a claim in order to get compensated.