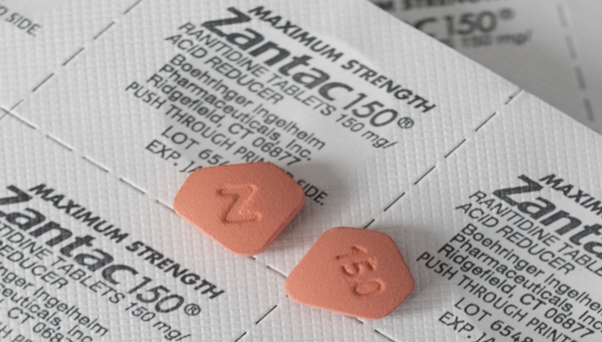 Medicines called H2 blockers used to treat indigestion, ulcers, and gastroesophageal reflux disease, can lower the amount of acid in your stomach, but studies have shown that taking heartburn drugs for a long time can raise your chances of serious kidney damage and possibly lead to kidney failure.

The antiacid Zantac - known as ranitidine in generic form, was pulled off store shelves after the Food and Drug Administration warned it may contain N-nitrosodimethylamine (NDMA), a substance that can cause cancer. Ranitidine belongs to a class of antiacid drugs called H2 blockers, or histamine-2 receptor antagonists which work by blocking histamine from parietal cells that line the stomach. Nitrosodimethylamine can also be found in cooked or cured meats particularly bacon, fish, cheese, and other food and it is also used as a stabilizer in gasoline and other fuels along with other products such as industrial lubricants.

Ranitidine could be converted into N-nitrosodimethylamine inside the body

The FDA also said it will examine levels of NDMA in ranitidine and take into account any possible risk to patients. The agency doesn't know how the NDMA found in ranitidine drugs got into the medicine and says it may have happened during the manufacturing process.

A Connecticut lab that found nitrosamine impurities in ranitidine and alerted the FDA said the problem stems from the composition of the drug, not from a manufacturing flaw. Researchers revealed that it might not be just an impurity, but something much more serious - a mechanism in the human body that converts ranitidine into millions of nanograms of NDMA.

Researchers have found that NDMA is a potent carcinogen in experimental animals, meaning long-term use could pose a cancer risk. NDMA is a highly toxic semi-volatile organic chemical, which has been linked to reports of kidney cancer.

Cancer is known to be the result of involuntary exposure to environmental carcinogens, leading to repeated DNA damage, which the body is unable to fully repair, and finally, to gene mutations. After studying the NDMA cancer risk, the International Agency for Research on Cancer placed the chemical in the Group 2A category, meaning substances that are "probably carcinogenic to humans".

The agency found that NDMA is "carcinogenic in all animal species tested" and noted that the metabolism of NDMA by humans and animals appears to be similar. NDMA was found to cause malignant tumor growth in multiple organs, in multiple species, by multiple routes of exposure, with dose-response relationships appearing in multiple studies.

Your kidneys could be damaged if you take large amounts of over-the-counter medications, such as ranitidine 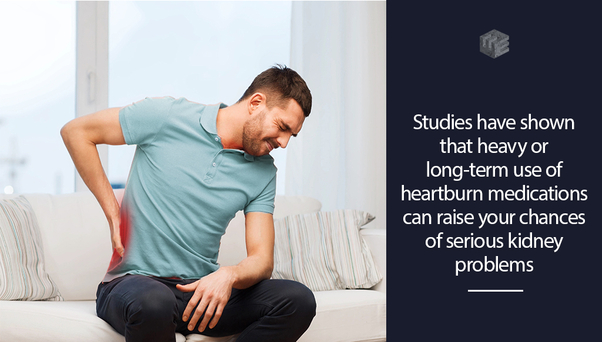 Every drug you put into your body is excreted mainly by renal excretion, a process in which the drug passes through the kidney to the bladder and ultimately into the urine. If the respective drug contains potentially dangerous impurities as in the case of Zantac and other medicines containing ranitidine, it can cause severe injury to your kidneys.

Studies have shown that heavy or long-term use of heartburn medications can raise your chances of serious kidney problems such as kidney disease known as chronic interstitial nephritis and possibly lead to kidney cancer. Although most commonly reported side effects for Zantac are mild and infrequent, a search for generic ranitidine and brand name Zantac at different dosages in the FDA Adverse Event Reporting System (FAERS) from 1982 to 2019, revealed a total of over 55,000 adverse event reports.

According to Bloomberg Intelligence Data, in 2018, there were over 25 million prescriptions for ranitidine. Over-the-counter Zantac products, which people can buy without a prescription, are made by a different pharmaceutical firm and are now affected by the recall. Unfortunately, Zantac is also given to infants suffering from reflux in a syrup form that requires prescription.

You should call your doctor if you experience blood in the urine, a persistent fever not caused by infection, pain or discomfort in the side or back of the abdomen, or other signs of kidney cancer. When kidney cancer is diagnosed at an early stage, there is a good chance of successful treatment.

Talk to your doctor about the specific risk of developing kidney cancer and inform him/her if you are using ranitidine. Half of all patients with kidney cancer are delayed or initially misdiagnosed. In order to help you obtain an accurate diagnosis, we recommend you to talk to your doctor about all prescription and over-the-counter products that you take. In some cases, if the kidneys are not functioning properly, the effects of the drug may be amplified and thus, the kidneys are more easily prone to toxicity from the substance.

An estimated 20% of cases of acute renal failure are caused by drugs. Treatment of renal impairment is costly and may require hospitalization and multiple interventions.

Those who regularly took prescription or over-the-counter Zantac medications containing ranitidine and developed kidney cancer may be eligible for compensation for past and future medical costs, lost wages, physical pain and suffering, and emotional anguish. As we continue our investigation into Zantac and NDMA, we encourage you to contact us for a free case review and consultation.