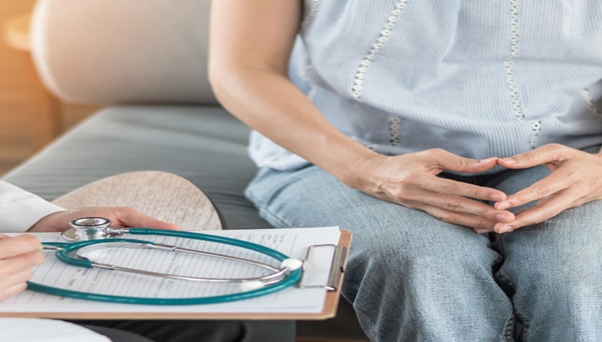 The toxicity of inhaled NDMA has been evaluated in several animal studies. Rats and mice that were continuously exposed to NDMA developed significantly increased incidences of systemic, immunological, neurological, developmental, reproductive, genotoxic, and carcinogenic effects.

Zantac, a histamine-2 blocker that decreases acidity in the stomach is a popular medication that has been on the market since the 1980s readily available to either purchase over-the-counter or through a prescription. The manufacturers of Zantac and generic ranitidine warned providers and patients of several side effects, however, they never warned about the potential to be exposed to a carcinogen. The primary concern at this point is that prolonged use of ranitidine drugs carries an increased risk of certain types of cancer, including ovarian cancer. 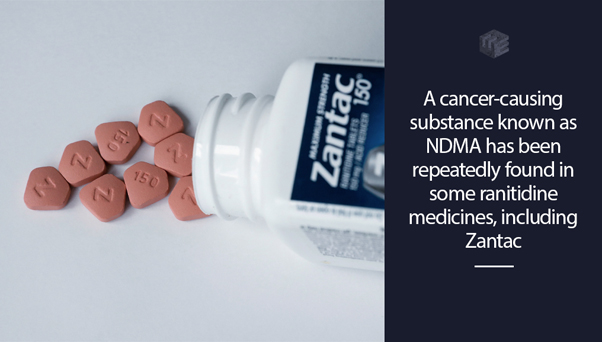 A cancer-causing substance known as N-nitrosodimethylamine or NDMA has been repeatedly found in some ranitidine medicines, including Zantac. NDMA also known as dimethylnitrosamine (DMN) is classified as a probable human carcinogen, and is a known environmental contaminant found in:

The chemical has also been used in gasoline, as a stabilizer for industry materials, and as a lubricant additive.

Ranitidine products can produce potentially unsafe levels of NDMA when exposed to heat for as little as five days, according to a testing laboratory that's urging the U.S. Food and Drug Administration to request a recall of all products containing ranitidine.

From September 2019, when the FDA warned that some ranitidine products contain N-nitrosodimethylamine, the agency has tested numerous ranitidine products on the market and found levels of NDMA that range from safe to dangerously high. This has led to uncertainty over how NDMA contamination occurs and whether or not ranitidine products could expose consumers to unacceptable health risks. FDA is continuing to test ranitidine products from multiple manufacturers and to assess the potential impact on patients who have been taking these heartburn drugs. Out of an abundance of caution, major chain-pharmacies halted sales of Zantac or the generic version of the drug.

Drug effects on the gonads and fertility evaluated by numerous studies

Some medications necessary to cure, stop, or prevent certain conditions may leave a woman to grapple with the possible inability to conceive. Close consultation with your GP is essential when it comes to the medicines you take and your fertility. A study of over 64,000 women of childbearing age has found that infertility is associated with a higher risk of developing cancers, particularly uterine and ovarian cancer compared to women without fertility problems.

However, explicit answers regarding fertility and medicines aren't always apparent. There are hundreds of medications out there and for many, if not most of them, the effect on fertility have not been well-studied, which is why it's always a good idea to be cautious and check with your doctor first.

The acute and chronic effects of NDMA exposure has been observed in laboratory animals. NDMA is acutely toxic to rats when administered orally or via inhalation, and has also been shown to induce disruption of gonadal function in several other laboratory species.

Hormonal factors have been found to influence the development of ovarian cancer. Endocrine-disrupting chemicals can mimic naturally occurring hormones like estrogens, fooling the body into over-responding to the stimulus or responding at inappropriate times.

Other chemicals may directly stimulate or inhibit the endocrine system, causing overproduction or underproduction of hormones. Endocrine disruptors cover a huge class of chemical compounds able to interact with the hormonal system. Thus, these compounds potentially affect different functions of the body, including reproductive function.

If you have ongoing abdominal pain, nausea, or bloating, see your doctor for a check-up

Ovarian cancer occurs when cells within the ovaries multiply rapidly and grow out of control. These cells are known as malignant or cancerous cells and the growth is known as a tumor. With nearly 22,000 new cases in the U.S., ovarian cancer is the leading cause of gynecological cancer-related deaths among women over the age of 40. It's known as a "disease that whispers" because while symptoms do exist, they're often subtle and mimic other less serious conditions such as irritable bowel syndrome or pre-menstrual syndrome.

There are many types of ovarian cancer, with different origins, biological behaviors, and prognoses. Treatment will depend on several factors, including your general health, the type of ovarian cancer, and the stage of the disease, but usually involves surgery and chemotherapy. If you're taking over-the-counter ranitidine, we are advising you to consult your physician with concern about potential NDMA contamination, as well as your risk for getting cancer from the medication.

If you or a loved one has been diagnosed with ovarian cancer after prolonged use of heartburn and acid-reducing medications like Zantac, we want to help you get the money you deserve. Contact us today for a free consultation. We will ask you important information about your health, including the type of cancer you have been diagnosed with and how long you have been taking Zantac or its generic versions. If you are eligible to file a claim, you may be entitled to several forms of compensation based on the facts of your case, including loss of income and future earning capacity, pain, suffering, and mental anguish.