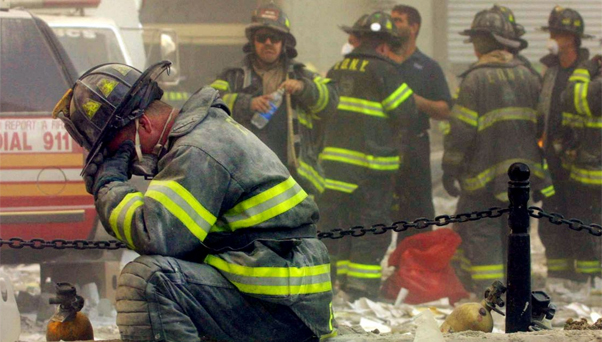 In studies where large doses of PFAS are given to laboratory animals, conclusive links with effects on the development of malignant tumors have been identified. Firefighters are at a greater risk to develop testicular cancer from the gear they wear, and the water they drink at the fire stations.

Given their chemical properties and biological effects, plausible concerns about PFAS exposure causing cancer are growing. These manufactured chemicals don't break down in the environment and can accumulate in animals and humans. People are exposed to PFAS through contaminated public water systems and drinking water wells, soil, and outdoor air near industrial areas with PFAS manufacture, disposal, or use. Recent studies have shown that PFAS can mimic human hormones including thyroid, estrogen, and testosterone.

PFOA and PFOS exposure can result in many different kinds of illnesses, including:

A proven connection between PFOA & PFOS and testicular cancer diagnosis

With regards to the evidence of exposure to PFAS and cancer, there are a relevant number of studies that investigated the potential carcinogenicity of perfluoroalkyls in communities living near facilities releasing PFAS chemicals.

About 98% of Americans have detectable levels of PFAS in their blood. Children have elevated serum PFAS concentrations compared to adults. Experts suspect that exposure while in the womb might explain why testicular cancer is a prototypic tumor of young adults. This year, an estimated 9,560 men in the U.S will be diagnosed with testicular cancer. According to the American Cancer Society, about 1 out of 250 men and boys will be diagnosed with the disease during their lifetime. Doctors have known for some years that the abnormal changes that lead to testicular cancer happen in the first few months when the fetus is growing. Experts are fairly certain there must be an environmental cause because the rate of cancer has increased so rapidly.

A study, published by the Journal of Clinical Endocrinology and Metabolism, found that young men exposed to high levels of PFAS over long periods of time experience a number of different problems with their reproductive systems, such as lower testosterone activity resulting in smaller genitalia and lower sperm counts. 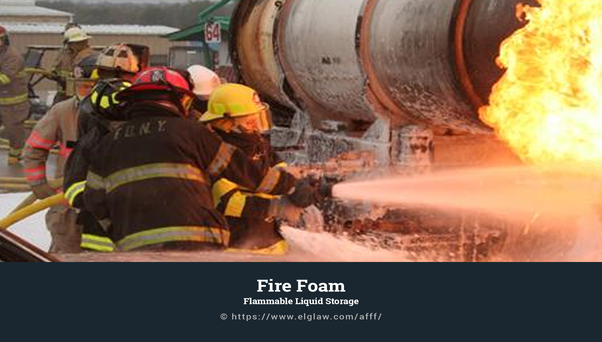 Individuals at greatest risk of harm from AFFF, are those who manufacture the foam, firefighters who use it and Air Force personnel who have direct chemical exposure. The core problem with AFFF consists in perfluorooctane sulfonic acid (PFOS) and perfluorooctanoic acid (PFOA).

Of particular concern, is the multi-faceted exposure firefighters have to toxins directly from firefighting foams, from the gear they wear, and the water they drink at the fire stations.

Ironically, the most dangerous thing about an occupation that involves running into a fire isn't the flames, but the exposure to synthetic chemicals such as PFOS and PFOA used in firefighting foams. Firefighters who reported that they were exposed on the job, usually performed inspections to minimize fire dangers, responded to hazardous materials spills and assisted civilian fire departments when needed.

All branches of our armed forces have been using AFFF fire suppressant foam that contains the hazardous chemicals PFOS and PFOA since the early '70s.

In addition to industrial chemicals used by active producers and placed in lakes and rivers through wastewater or disposed of in landfills, ongoing sources of PFAS pollution include chemical-based firefighting foam used by:

In many military installations, the drinkable water was found to contain in excess of 800.000 parts per trillion of PFOS and PFOA out of EPA's health advisory level of just 70 ppt. As a result, thousands of military personnel and their families suffering from serious illnesses because of exposure to PFOA and PFOS chemicals used for decades in the firefighting foam.

Testicular cancer is misdiagnosed in 25% of the patients

Sometimes, men with testicular cancer have no symptoms of the disease. When one or more of the following symptoms occur, consult your doctor right away.

Prospects for successful treatment are good if the disease is diagnosed early, but the effectiveness of treatment diminishes in the event of a testicular cancer misdiagnosis. In the majority of cases, patients will present with concern for a lump or enlargement in either testicle. The lump is painless in at least 90% of patients, and misdiagnosis is very common, as there are other conditions that can present as a lump or swelling in one testicle, such as:

Tools for finding or diagnosing testicular cancer include health record and physical exam, ultrasound of the testicles, and a blood test to check for certain proteins in your blood.

If your urologist finds cancer through these exams, he/she will require blood tests to estimate current PFAS serum levels in order to establish potential links between exposure levels and testicular cancer.

If you or a family member have been diagnosed with testicular cancer following exposure to PFAS, you may be entitled to a cash award and compensation for medical expenses.

There are strict statutes of limitations for filing PFAS contamination complaints, so it's critical to consult with us as soon as possible if you think you or a loved one may have been harmed by toxic contamination.