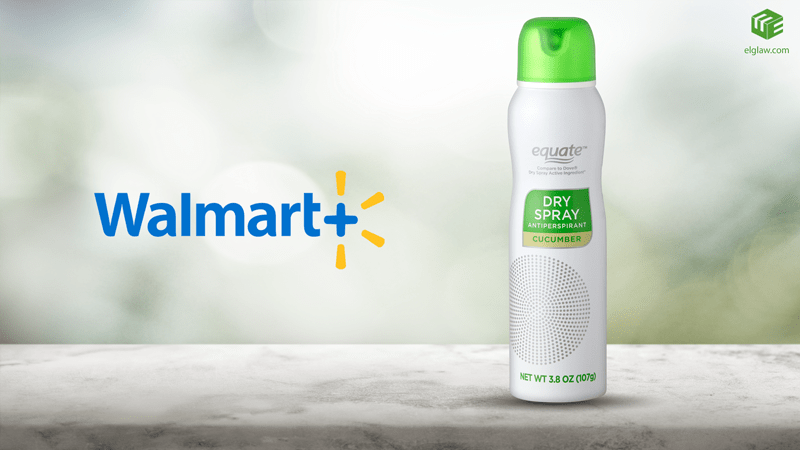 In November 2021, the independent pharmacy Valisure published the results of its research into the benzene contents of spray deodorant and antiperspirant products. After testing 108 unique batches comprising products from 30 different brands, benzene was detected in more than half of the samples. Despite the fact that one of Walmart's deodorants was reported to have increased benzene levels, the company made no efforts to address the issue. Although the FDA tolerates heavily-restricted concentrations of benzene (2 parts per million) in specific drugs for therapeutic advancement, the substance has no place in deodorants and antiperspirants. Benzene has no safe level of exposure and is a class 1 solvent that can lead to the development of several cancers.

Valisure's study noted that one Walmart deodorant under the Equate brand displayed benzene levels over 3 times higher than the FDA allows.

Benzene isn't an ingredient used by deodorant and antiperspirant manufacturers; contamination likely resulted from the propellants required to dispense the product, such as hydrofluorocarbon 152a, alcohol, isobutane, butane, and propane. 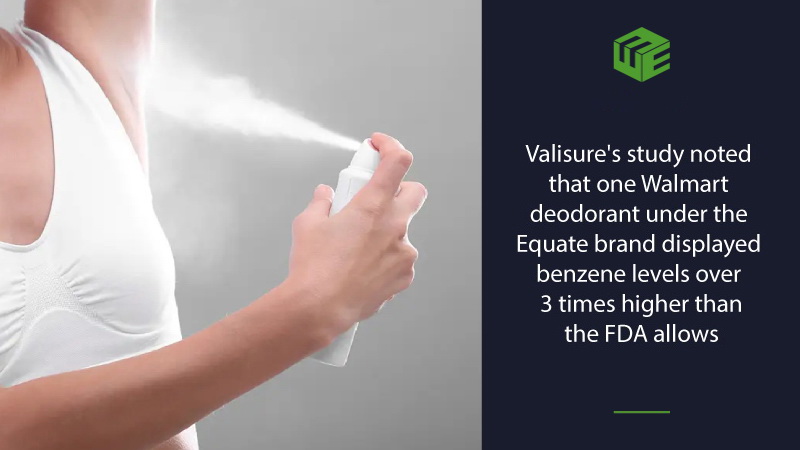 Despite Valisure also identifying benzene in other products manufactured and sold by the company, like hand sanitizer and sunscreen, Walmart did not recall its line of deodorants that reportedly contain elevated benzene levels.

Although benzene contamination was most probably unintentional, Walmart is ultimately responsible for its products' safety. The company's lack of efforts to address the multiple reports of toxic benzene in its offerings could see Walmart facing several product liability, strict liability, and negligence claims, including:

Our legal experts can help determine your claim's eligibility

For more than thirty years, Environmental Litigation Group has helped injured clients pursue and gain the compensation the manufacturers of unsafe products owe them. We encourage you to contact our leukemia attorneys if you have regularly used benzene deodorants and were subsequently diagnosed with either acute myeloid leukemia (AML), acute lymphocytic leukemia (ALL), or chronic lymphocytic leukemia (CLL).

To establish your claim's eligibility, we will only require you to provide us with the details of your frequent benzene deodorant use and medical records confirming your diagnosis. We will then handle the difficult legal process on your behalf, keeping your involvement to a minimum and enabling you to focus on more important matters.