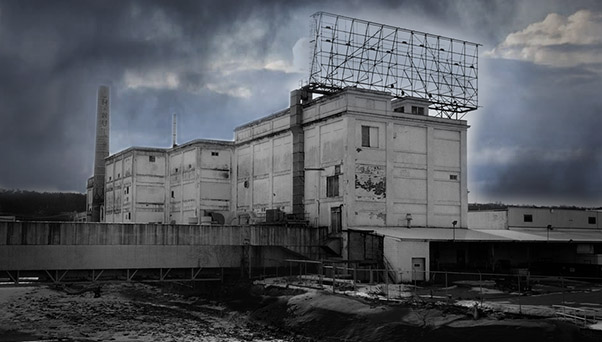 Work at the old Beech-Nut factory in Canajoharie continues as Montgomery County is seeking bids for asbestos removal and environmental cleanup. The U.S. Environmental Protection Agency began the assessment of the site in 2015 and ordered the removal of approximately 2,500 tons of asbestos-containing waste.

Asbestos in the Workplace at Former Beech-Nut Facility

The Beech-Nut Packing Company was founded in 1891 in Canajoharie, New York. Engineers from the company patented the first vacuum jar, a container that allows the delivery of perishable foods over long distances without the risk of spoilage. Initially, their range of products was relatively narrow, including dried beef, ham, and lard. However, over the next 25 years, the business grew substantially, with a financial profit of over $200,000, as they expanded their product line into spaghetti, peanut butter, caramel, marmalade, ketchup, coffee, as well as baby food.

While asbestos was fortunately not involved in the manufacturing process per se, the Beech-Nut facility was built with hazardous materials. The equipment workers came in contact with - such as boilers, ovens, and insulation - also contained asbestos.

Unsurprisingly, the companies which sold asbestos construction products to Beech-Nut failed to provide a safety warning about the carcinogenicity of the mineral. As a result, employees were at risk of exposure to toxic fibers during their shift, particularly when maintenance or repair work was taking place nearby. In turn, those who were in charge of maintenance or repair jobs were at risk of returning home carrying asbestos dust on their clothes, thereby endangering their family members as well.

Large piles of asbestos debris were lying around the area where the original Beech-Nut facility was located, posing a serious health threat to residents and presenting a tremendous source of environmental pollution.

Although Beech-Nut executives had been aware for a long time of the presence of asbestos in the buildings, they still decided to sell the plant to Ohio developer Todd Clifford in 2012. Shortly after purchasing the property, Clifford hired B & B Recycling LLC to demolish the 27-acre structure, a project that was eventually carried out. However, the developer abandoned the project after the facility was taken down, leaving behind enormous amounts of asbestos waste and scrap metal. In 2014, the developer further sold the former Beech-Nut facility to Jeffrey Wendel, one of his business associates.

In May 2017, Beech-Nut opposed EPA's demand to clean up the asbestos waste at its former Canajoharie facility. After EPA required Beech-Nut to have the hazardous waste properly disposed of from the site of their former plant, the company stated it was not their responsibility to take care of the asbestos left behind by Todd Clifford.

"We agree the asbestos issue in Canajoharie should be resolved, however, Beech-Nut shouldn't be ordered by the EPA to clean up an issue we didn't create. Beech-Nut has not owned the property since 2013. In fact, the property has been sold twice since we owned it", company spokeswoman Kirsten Whipple said.

Moreover, Whipple insisted that the company found out about the issue of asbestos only in 2016, when they were notified by EPA. "At the time Beech-Nut sold the property in 2013, we had complied with the environmental standards regarding asbestos-containing materials without creating health risks for employees or the community", the spokeswoman added.

To minimize asbestos exposure, EPA workers came up with a temporary solution, namely sealing off the piles of debris and the exterior walls of the building. This was done to prevent toxic fibers from infiltrating the environment for approximately six months. At the time, the costs of demolition and cleanup were estimated by local and county authorities to be at approximately $10 million.

In 2017, Montgomery County and EPA signed a voluntary agreement to attend to the asbestos hazard at the former Beech-Nut facility in Canajoharie, New York. "I commend County Executive Matthew Ossenfort and the Montgomery County Legislators for their leadership and commitment to protecting the community and public health. This agreement is a great example of what can be accomplished when federal, state and local governments work together", said EPA Regional Administrator Pete Lopez.

Matt Ossenfort, Montgomery County Executive, was also very content with the outcome: "Nowadays how often do you see all those entities - Democrats, Republicans, different layers of government - all working together with a common goal. That to me is what is so exciting", Ossenfort said. Beech-Nut executives refused to comment on the decision.

The cleanup project was expected to cost between $6 million and $10 million. To prompt the asbestos cleanup, the project is currently being funded, in part, through grant awards. $6.5 million was secured through a National Grid grant and the Restore NY grant program.

Montgomery County is still working to attract developers who can revitalize the former factory site. The asbestos cleanup project continues in 2020, with goals that include: