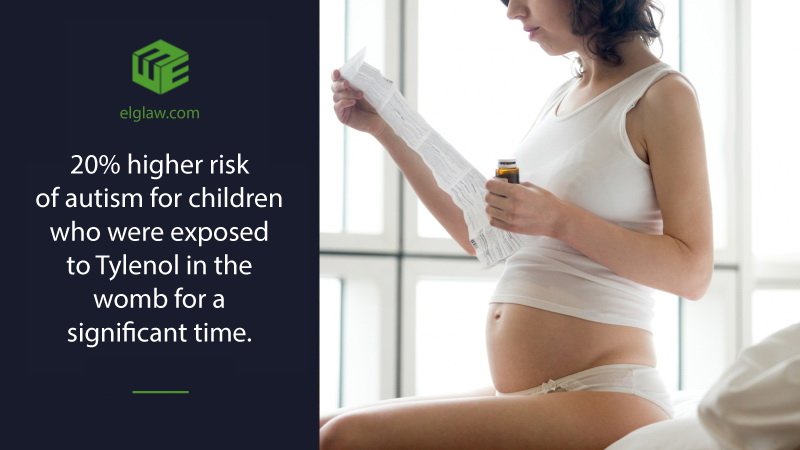 New medical research suggests that using acetaminophen, sold under the popular brand name Tylenol, during pregnancy increases the risk of having a baby with autism. A study found a 20% higher risk of autism for children who were exposed to Tylenol in the womb for a significant time. It is important to note that the risk is very low to nonexistent for women who took small amounts of this medication while they were pregnant. Until recently, it was believed that the best and safest pain reliever to take during pregnancy is acetaminophen. Still, medical specialists advise pregnant women to take Tylenol only if necessary and as little as possible, as having a fever is more dangerous than taking acetaminophen. If you have taken acetaminophen during pregnancy, and after birth, you fed your baby toxic baby food and your child developed autism, we encourage you to contact our attorneys, as we may be able to recover compensation for you.

Please consider that we do not take standalone Tylenol cases. You must have fed your child toxic baby food in addition to taking acetaminophen during pregnancy. If you match both criteria and your child developed autism we are able to help. 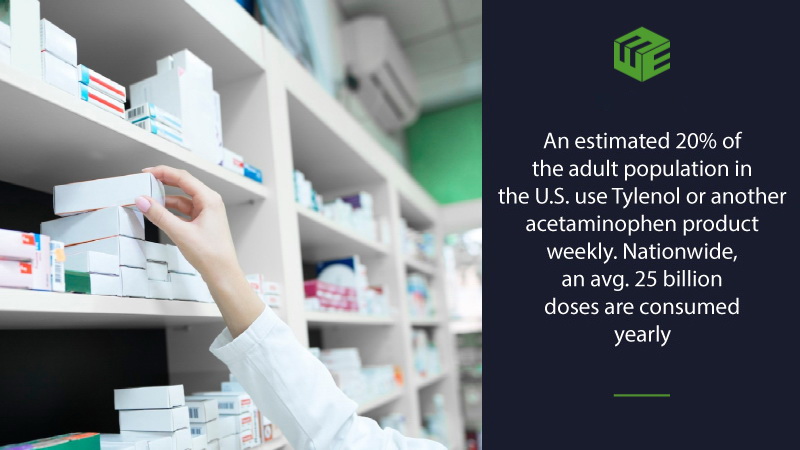 The Centers for Disease Control and Prevention estimates that up to 65% of women take Tylenol while they are pregnant. In 2021, there were over 3.6 million births across the United States.

Currently, 1 in 44 children receive a diagnosis of autism by the age of 8. This means that over 82,000 children born in 2021 may come to struggle with autism. The following are some eye-opening facts about autism:

The number of Tylenol lawsuits filed across the country has started to increase considerably over the last six months. In June 2022, there were enough cases to determine a group of plaintiffs to file a motion requesting the Judicial Panel on Multidistrict Litigation to consolidate all of these cases into a class action multidistrict litigation. The motion filed with the Judicial Panel on Multidistrict Litigation identified 20 Tylenol autism lawsuits pending in various federal districts. All of the cases involve nearly identical allegations and claims. 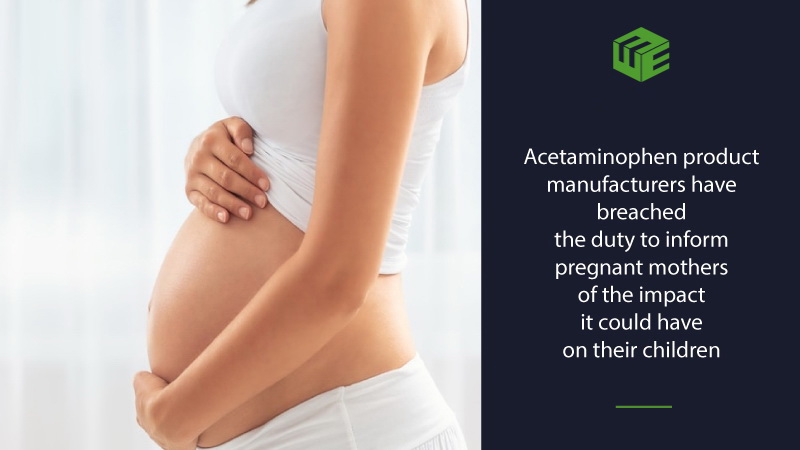 If you took Tylenol during your pregnancy and your child developed autism spectrum disorder (Asperger's syndrome, Kanner's syndrome, pervasive developmental disorder, and childhood disintegrative disorder, a.k.a. Heller's syndrome), you may be entitled to financial compensation from Johnson & Johnson.

However, it is important to know that even if you took acetaminophen sold under another brand name, you can still seek legal recourse, as the active ingredient in the medication is the same. The following are the two eligibility criteria if you want to file a Tylenol autism claim.

1. Evidence of having taken acetaminophen excessively during pregnancy

While you were pregnant, you must have used one or more branded forms of acetaminophen, including, but not limited to:

Furthermore, to be eligible to file a claim, you must have consulted your doctor, nurse, or another medical professional about the use of acetaminophen while pregnant, and they must have approved of you taking the medication. Our attorneys will ask you to send in evidence of having used Tylenol or another drug with acetaminophen, such as prescriptions or receipts and your medical records.

The following are the excluding factors for Tylenol autism claims, which means that if you meet just one of these criteria, you no longer qualify for compensation:

Please know that you will have a stronger claim if you can prove that you used high doses of Tylenol for a prolonged time during your pregnancy. Nevertheless, no matter how weak you believe your case is, we still advise you to get in touch with our attorneys, as you may actually be entitled to compensation anyway.

The link between in-utero acetaminophen exposure and neurodevelopmental disorders 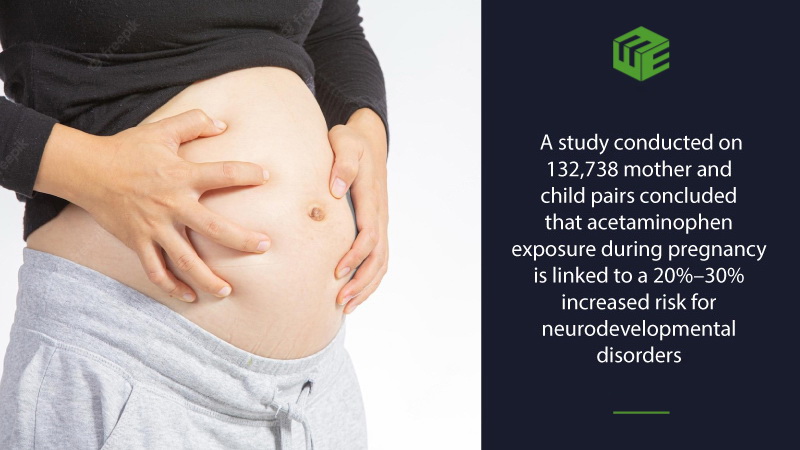 According to a Consensus Statement published on September 23, 2021, human observational studies indicate that prenatal acetaminophen exposure might be associated with neurobehavioral abnormalities in both sexes.

Exposure to acetaminophen, the active ingredient in over 600 medications used to relieve pain and reduce fever, might increase the risk of adverse neurodevelopmental and behavioral outcomes, such as autism spectrum disorders, language delay in girls, and decreased IQ. Important findings from this Consensus Statement are the following:

With over 25 years of professional experience, our skilled attorneys are ready to help you recover the financial compensation you deserve if you took acetaminophen excessively during pregnancy in addition to feeding your baby toxic food and your child was diagnosed with autism spectrum disorder (Asperger's syndrome, Kanner's syndrome, pervasive developmental disorder, and childhood disintegrative disorder, a.k.a. Heller's syndrome). Not only will taking legal action ease the burden of healthcare and treatment costs, but it will also hold pharmaceutical companies responsible for failure to warn, which may discourage such negligence in the future.

To file a claim, you will only have to prove you used Tylenol or another medication with acetaminophen as the active ingredient frequently while you were pregnant and provide our experienced attorneys with your child's medical records. We will thoroughly assess your case to determine whether you are entitled to compensation. If you are, our legal team will begin working on your claim as soon as possible, and you will eventually obtain the largest sum of money you qualify for.