Which companies are responsible for failing to warn against the dangers of AFFF? 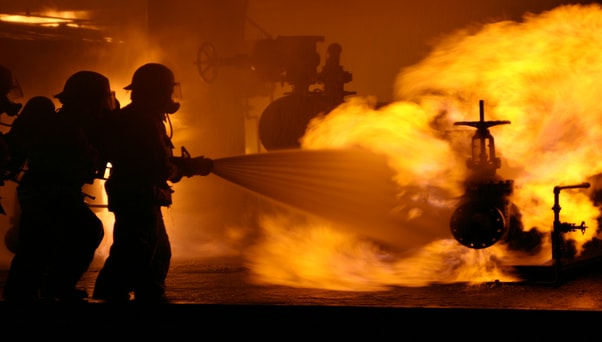 For the last 50 years, civilian and military firefighters have been using AFFF to extinguish class B fires, which stem from the ignition of flammable liquids such as alcohols and fuels. There are multiple companies that were responsible for the manufacturing of this harmful product, including 3M.

Since the 1970s, civilian and military firefighters have been using aqueous film-forming foam, commonly known as AFFF, to extinguish class B fires, namely fires that occur as a result of the ignition of flammable liquids such as solvents, alcohols, and fuels. However, this product is known to contain PFAS, a group of chemicals that are highly carcinogenic to humans. Two of the most studied agents from this category are PFOS and PFOA. Exposure to these harmful chemicals occurs by inhalation and ingestion. Once inside the body, they can easily travel through the bloodstream to various organs and tissues, where they will gradually cause damage, eventually resulting in a serious disease such as kidney cancer, leukemia, or pancreatic cancer. Nevertheless, many wonder how it was possible for these toxic agents to be present in AFFF for such a long period of time and why the companies that manufactured PFAS failed to warn consumers of the dangers associated with exposure. The answer is very simple: financial profit and carelessness.

3M was the original manufacturer of AFFF

Surprisingly, it was the U.S. Navy that developed AFFF in the 1960s with the help of 3M, one of the most renowned companies in the country. The branch of the military was in desperate need of a very effective fire suppressant that could be able to rapidly put out jet fuel and petroleum fires, which were a frequent occurrence on ships and aircraft. This way, with the assistance of 3M, the U.S. Navy came up with the formula of AFFF, which contained a tremendous concentration of PFAS, since this ingredient was the key one in extinguishing fires. It is worthy of note that 3M had been producing PFAS since the 1940s, before their collaboration with the U.S. Navy, which was used in products such as Scotchgard, a durable water repellent that was usually applied to fabrics, carpets, and furniture to protect these objects from stains.

It is important to note that 3M no longer produces PFAS today, as, within recent years, more and more scientific evidence supporting the causal relation between exposure to these chemicals and malignant diseases has been emerging. Nevertheless, the company still receives hundreds of personal injury claims every year filed by civilian and military firefighters injured by their former products, as their executives had been aware of the dangers of exposure since the beginning, but refused to place a warning label on the product. In the military, AFFF is still used in live combat missions and training exercises, which implies a great risk of exposure to PFAS. However, because the terrible health effects of exposure are widely known today, the majority of the military personnel employing AFFF wear adequate protective equipment.

What other companies produced AFFF?

In addition to 3M, which is the most notorious manufacturer of the PFAS lurking in AFFF, there are numerous other companies that produce it, thereby exposing civilian and military firefighters and trainees to carcinogenic substances. The following are the most known manufacturers of AFFF in the country, which receive hundreds if not thousands of personal injury claims every year from the people injured by their products:

If you were exposed to AFFF on a regular basis as a civilian or military firefighter and subsequently developed a disease, we strongly encourage you to contact our law firm, as our attorneys specialize in toxic exposure cases and will help you file a personal injury claim against the liable company. With over 25 years of professional experience, our law firm is bound to obtain the maximum compensation you are entitled to for your physical and emotional distress. The legal process, while complex and challenging, will require minimal involvement on your part, which will allow you to focus on your health and treatment in the meantime.

What diseases can exposure to AFFF cause?

Since they were never told about the dangers of exposure to AFFF, numerous firefighters came to struggle with awful diseases. It is important to know that exposure to the PFAS in this product usually results in disease within several years, as these carcinogenic substances gradually accumulate in the body, where they cause irreversible damage. The following are the diseases and health issues exposure to AFFF is responsible for, as well as the diagnoses that make you eligible for seeking compensation:

If, however, you suffer from another type of cancer and were exposed to AFFF for a long period of time, we strongly advise you to contact our law firm as well so that our medical experts can investigate your case. Since the PFAS in AFFF are carcinogenic to humans, they may be able to cause other forms of cancer too in addition to those listed above. Thereby, regardless of the malignant disease you are struggling with please give our legal team a call and we will gladly assess your situation.

In the regrettable event that you came to suffer from a disease as a consequence of exposure to AFFF as a civilian or military firefighter, please contact our law firm, which specializes in toxic exposure cases. After a thorough case review, our attorneys will gather the necessary evidence to accompany your personal injury claim, which will be filed with the liable company if we determine you are entitled to compensation. If multiple companies are responsible for your diagnosis, we will file your claim with all of the manufacturers.

Since 1990, our attorneys have been dedicating their work to helping victims of toxic exposure recover the financial compensation they deserved from the companies at fault. The only documents you will have to send your attorney are your employment or military records, which you must retrieve, and your medical records, which will be used as evidence to support your personal injury claim. Additionally, our legal experts will conduct extensive research to find more proof for your case. Eventually, you will obtain the maximum sum of money you are eligible for. For more information, do not hesitate to contact our law firm and we will promptly answer your questions.