Foods that may help you fight lung cancer

From the meaningful conversation we had with our clients, we can say that there is a significant positive association between their nutritional knowledge and their dietary practices especially for foods like fruits and vegetables and protein foods that are considered crucial in the management of lung cancer. The main nutritional goals during lung cancer therapy include getting enough fluids to stay hydrated, nutrient-rich foods, and protein to help maintain lean body mass. However, if you're fighting lung cancer, it's best to consult your physician, for the best way to approach your post-diagnosis dietary needs. 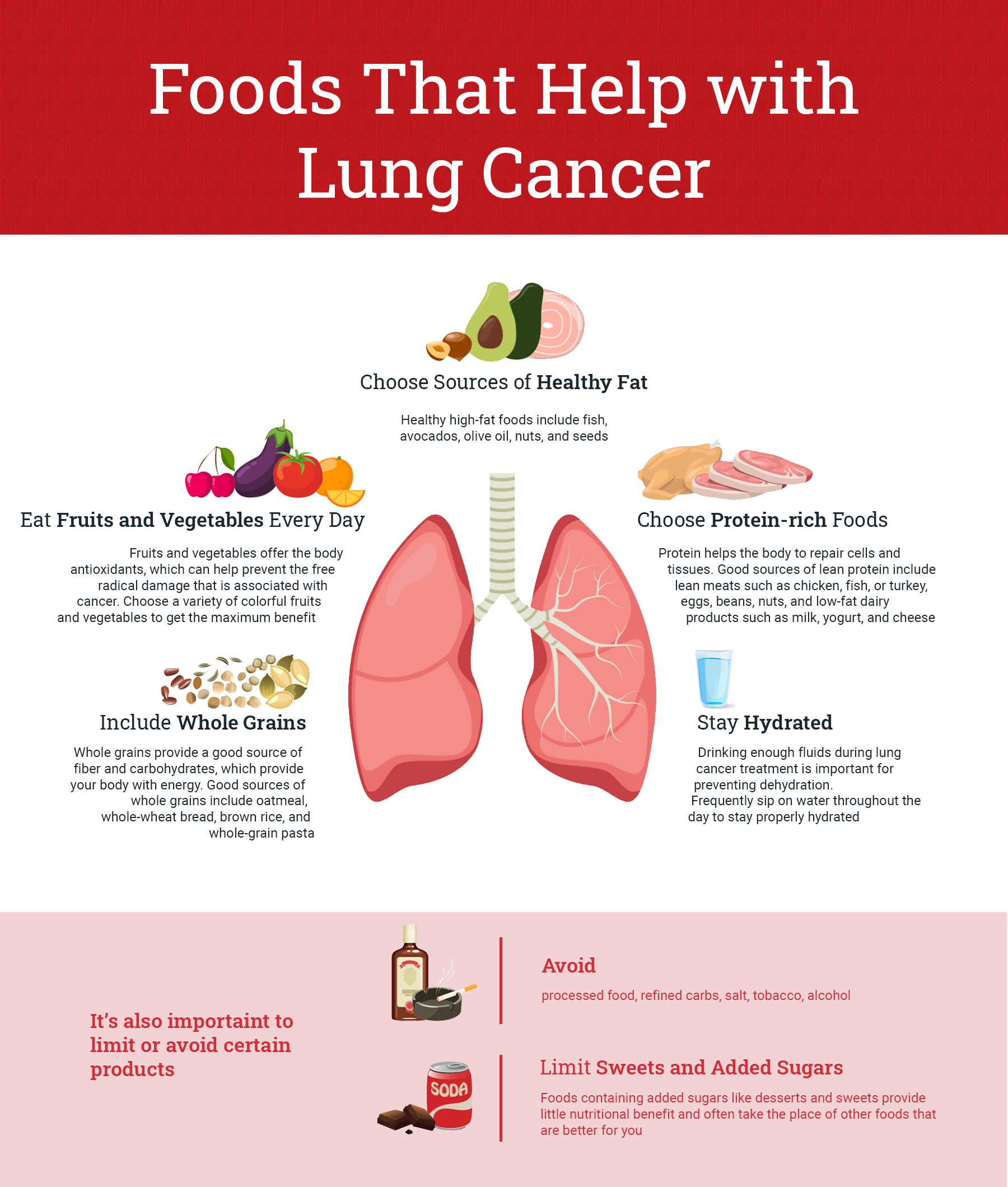 Vitamin D has received increasing attention in recent years, and a diet high in vitamin D may have some benefits for people with lung cancer as well. Vitamin D which is found in fatty fish such as salmon, tuna, and mackerel, can be converted to an activated form in lung tissue, suggesting that it may play an important role in lung health, according to observational, clinical, and experimental studies. Additionally, Omega-3 fatty acids found in salmon, and tuna, can fight inflammation.

Tomatoes are a good source of carotene, vitamins A, C, and E - all enemies of cancer-friendly free radicals, and the major dietary source of the antioxidant lycopene - a potent antioxidant that prevents lung tumorigenesis. Early research connected tomatoes with reducing the risk of certain cancers such as prostate and lung cancer. The lycopene found in tomatoes, can protect cells from damage and kill those that aren't growing properly.

Carrots contain high amounts of beta-carotene which plays a vital role in supporting the immune system, and several essential nutrients including vitamin K, vitamin A, and antioxidants that aid cell-to-cell communication that controls cell growth.

Beans are a natural source of antioxidants and phytochemicals with a unique composition of fiber and high levels of protein, which can protect your muscles while supplying you with steady energy to avoid exhaustion. They are also an excellent source of folate, an essential B vitamin, needed for repairing cells, making genetic instructions for the body, metabolizing amino acids, and forming red and white blood cells.

Berries are packed with powerful antioxidants that offer a wealth of health benefits. They contain high concentrations of phytochemicals called anthocyanins - a type of flavonoid, which slows down the growth of premalignant cells and keeps new blood vessels from forming and potentially feeding a cancerous tumor.

Whole grains, rather than refined grains, have the bran and germ layers packed with anti-cancer compounds, including fiber, phytoestrogens, B vitamins and antioxidants that minimize cell oxidative damage caused by free radicals. Phytic acid, present in oatmeal, barley, brown rice, and whole-wheat bread is being studied in the prevention of cancer.

Green tea contains natural antioxidants called catechins, which lab studies have found can stop the growth of cancer cells and reduce the size of cancerous tumors. There is limited to moderate evidence that green tea intake reduced the risk of lung cancer, especially in men.

Frank S., 68, of Levittown, N.Y., - a client of ours whom we met in 2018 when he decided to pursue a claim for compensation - knew he needed to eat well and stay hydrated during his treatment for lung cancer - but that was a tall demand. Diagnosed in May 2017 with non-small cell lung cancer due to long-term exposure to asbestos, he had a lung removed and underwent a grueling chemotherapy regimen. "I can proudly say that I am now cancer-free, but it was a tough, long road."

Immediately after surgery, he says, he was on high doses of steroids and had a good appetite. However, when he started chemotherapy, things changed.

"The first days after my chemotherapy treatment it was very difficult because I really didn't want to eat or drink anything, even water tasted awful", says Frank. "However, I knew I needed good nutrition and hydration to keep up my strength."

So how did he cope? Before he started a round of chemotherapy, he loaded up on food and calories - vegetables, fruits, whole grains, and low-fat dairy - because he knew that once the medication kicked in, he wouldn't be able to stomach it.

He found that he could sometimes manage half a cup of green tea, the occasional comforting bowl of chicken noodle soup, or an egg sandwich. "It's very important to drink fluids to flush the chemicals out of your system" he says, "and to eat whenever you have an appetite to get through lung cancer treatment".

The effects of asbestos exposure are lifelong for an individual and at Environmental Litigation Group, P.C., we understand the impact lung cancer can have on a patient and their family. If you're fighting lung cancer, it might also help to talk to a counselor who specializes in helping lung cancer patients and their families with the fears, depression, anxiety, or other challenges faced. Connecting with other patients and caregivers for support and friendship can help you to improve your own well-being.

From a legal standpoint, if you developed lung cancer after undergoing heavy asbestos exposure in the workplace, or while serving in the military, you may be entitled to substantial compensation. We urge you to contact us for a free initial consultation so that we may take a look at your potential case and let you know if you have a viable claim. Since 1990, we have successfully handled over 200K asbestos exposure claims throughout the U.S. We can also help you and your family members recover compensation through asbestos trust fund claims and additionally VA claims where applicable.