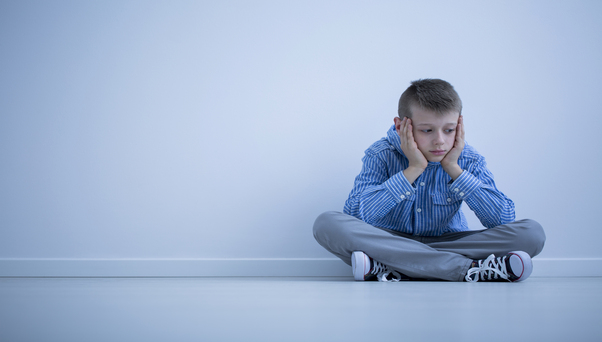 Also known as sensory overload, hypersensitivity to stimuli in the context of autism manifests itself differently in every child on the spectrum, as every individual with autism is unique. For instance, some children experience hypersensitivity to bright lights, while others find the sensation of touch very uncomfortable.

Sensory overload directly targets the five senses - hearing, smell, touch, sight, and taste. If a child with autism takes in more information by one of their senses than their brain can process, they can become overwhelmed. Furthermore, their brain may enter into fight, flight, or freeze mode as a consequence of what feels like a crisis to the child.

The following are common examples of instances in which a child on the autism spectrum may experience hypersensitivity to stimuli:

In addition to being hypersensitive to sight, touch, smell, taste, and sound, children on the autism spectrum may also experience sensitivities when it comes to:

Interestingly, children with autism may also struggle with hyposensitivity to stimuli, which is the opposite of hypersensitivity, meaning they are under-responsive to a vast array of stimuli. Hyposensitivity to stimuli often manifests itself as a constant need for movement, trouble recognizing sensations such as hunger or pain, or attraction to loud noises, bright lights, and vivid colors. Children with hyposensitivity may engage in sensory seeking to stimulate their senses by making loud noises, touching objects, or rocking back and forth.

Exposure to heavy metals and hypersensitivity to stimuli

By now, it is a known fact that exposure to heavy metals during early childhood, which often comes from baby food, contributes to the development of autism. However, few people know that the presence of arsenic, cadmium, lead, and mercury in the blood of a growing child is also responsible for sensory processing disorder. This disorder is similar to autism, as many of the symptoms it entails overlap those of autism, such as:

Routine activities such as getting a haircut, brushing their teeth, hearing the vacuum, a crowded store, or eating food can be excruciating experiences for a child on the autism spectrum. This is because these activities trigger overwhelming emotional responses in the child, and, as a result, they may try to communicate that they are in pain, feeling as if their body is being attacked by their external environment.

For over 20 years, our law firm has been offering quality legal assistance to people affected by toxic exposure. If you fed your child baby food contaminated with heavy metals and they came to struggle with Kanner's syndrome, childhood disintegrative disorder, Asperger's syndrome, or pervasive developmental disorder, all of which being forms of autism, you should contact our specialized attorneys and they will help you recover financial compensation from the liable manufacturers.

After we receive evidence of having given your baby toxic baby food and proof of their diagnosis, as well as other easy-to-obtain documents from you, we will begin preparing your claim for submission. In the meantime, you can go on as usual with your life and focus on caring for your child, as we know from our experience that most children on the spectrum require special care. In the end, you will get the maximum financial compensation you are eligible for with the help of our resourceful attorneys.