What is more likely to cause autism – vaccines or baby food? 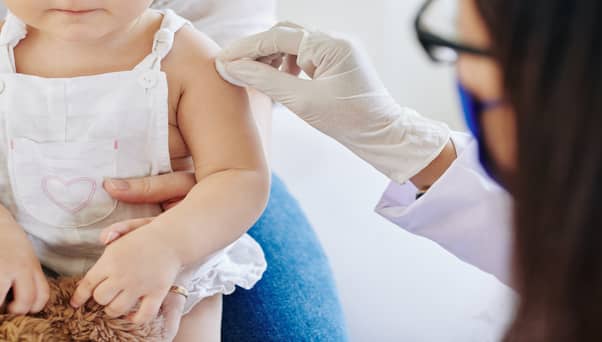 Perhaps the main concern parents have when it comes to immunization is the risk of their child developing autism. However, this is purely a myth that has been perpetuated by various groups over the last two decades, as there is no scientific study supporting the causal relation between vaccines and autism.

Over the past few decades, more and more children have been diagnosed with autism, a neurodevelopmental disorder whose symptoms include delayed cognitive or learning skills, hyperactive, impulsive, or inattentive behavior, and unusual emotional reactions. Since 2007, the incidence of autism has grown from 1.16% to 2% in the United States.

To put it differently, 1 in 54 children born after 2008 has autism, according to a last year report. Both vaccines and store baby food have been normalized after the turn of the century, so many parents wonder - was my child's autism caused by vaccines or baby food contaminated with heavy metals?

Demystifying the presence of heavy metals in vaccines

In spite of the overwhelming medical studies demonstrating the absence of a link between vaccines and autism, many parents hesitate to immunize their children because of the supposed association. However, there are numerous health risks of immunization refusal. The most important risk is the child developing a disease that could take a heavy toll on their health or even be fatal, such as:

One of the reasons that have recently arisen in the context of immunization refusal is the false belief that vaccines can lead to the development of autism. A contributing factor to the myths and conspiracy theories centering around the link between vaccines and autism is the fact that the diagnosis of autism is usually made after the age of receiving the main childhood immunizations.

The safety of childhood immunization has extensively and repeatedly been assessed over the years. For instance, the National Academy of Medicine reviewed the safety of eight vaccines meant for children and adults. Researchers found that, with rare exceptions, these vaccines are very safe. A study led by the Centers for Disease Control and Prevention in 2013 supported the finding, showing that vaccines are not responsible for autism.

The study examined the number of antigens given during the child's first two years. Antigens are substances found in vaccines that cause the immune system to release antibodies that fight disease. The results demonstrated that the entire amount of antigen from vaccines received was the same in children with autism as in those who did not have the disorder.

Thimerosal, the most controversial ingredient in vaccines

One of the most controversial ingredients in vaccines that parents are concerned about is thimerosal, a preservative derived from mercury. The purpose of thimerosal is to prevent germs from contaminating multidose vials of vaccines. Research found that thimerosal does not cause autism, as, according to a study, "the evidence favors rejection of a causal relationship between thimerosal-containing vaccines and autism."

There have been over ten studies conducted by the Centers for Disease Control and Prevention on the role of thimerosal in the development of autism over the last two decades, and none found a link. If parents are still worried about the presence of thimerosal in vaccines, there is good news for them - the preservative was completely removed or significantly reduced to trace amounts in childhood vaccines between 1999 and 2001, except for flu vaccines, which are packaged in multidose vials.

Immunization is fundamental, as preventing the protection offered by vaccination can cause real damage to autistic individuals, as well as to innocent bystanders who, as a consequence, may be exposed to resurgent diseases that had already been "extinguished". One of the incidents that should make us think about the pros and cons of immunization is the 9,120 cases of whooping cough that occurred in California in 2010, more than any year since the vaccine for this disease was approved in the 1940s.

How thimerosal is different from methylmercury

As a naturally occurring heavy metal, mercury can be found in two forms - methylmercury and ethylmercury. They are very different from each other. The latter is eliminated from the body faster than methylmercury and is thereby less likely to cause harm. Methylmercury is the mercury found in certain kinds of fish, and at a high exposure level, it can be toxic to people. Federal guidelines keep as much methylmercury as possible out of the environment and food in our country. Nevertheless, thimerosal belongs to the ethylmercury subclass of mercury, making it less dangerous. Moreover, it has numerous other characteristics that deem it safer in vaccines, particularly since it is used in very small amounts, such as:

Therefore, from what has been discussed above, whether thimerosal is present in childhood vaccines or not, it seems to have no causal relation with autism. A plethora of reputable medical studies supports this fact. It is worthy of note that mumps, rubella, and measles vaccines have never contained thimerosal. Likewise, varicella, pneumococcal conjugate, and inactivated polio vaccines have never had it as a preservative. Additionally, nowadays, influenza vaccines are available in both thimerosal-containing and thimerosal-free versions, so if you are a parent who still worries about the effects of this preservative, you can choose a "clean" vaccine.

If you are a new parent, you are most likely up to date with the unsettling news regarding the presence of cadmium, arsenic, lead, and mercury in store baby food. After the non-profit organization Healthy Babies Bright Futures led a study on the presence of heavy metals in baby food in 2019 and found that up to 95% of infant and toddler food contained at least one toxic metal, Congress decided to conduct a more in-depth investigation the next year. It asked seven major baby food manufacturers to participate in the research, out of which three refused to cooperate. Nonetheless, what Congress discovered concerning the level of heavy metals in the products of the four companies that agreed to participate was appalling:

Now, let us examine the concentration of thimerosal in childhood vaccines, which is the ingredient that has been causing so much controversy over the past two decades. Thimerosal, which is roughly 50% mercury by weight, has been one of the most widely used preservatives in vaccines. At the concentrations that are currently found in vaccines, thimerosal meets the requirements for a preservative as set by the United States Pharmacopeia, meaning that it destroys the bacteria and fungi that could grow in multidose vials. More specifically, thimerosal is present in the influenza vaccine in concentrations of just 0.001% to 0.01%, which have been shown to be effective in clearing a broad spectrum of pathogens.

A vaccine containing 0.01% thimerosal has 50 micrograms of the preservative per 0.5 mL dose or roughly 25 micrograms of mercury per 0.5 mL dose. For comparison, this is approximately the same mercury level in a 3-ounce can of tuna fish. Therefore, you can see how insignificant the amount of thimerosal in the only vaccine that contains it is in comparison to baby food, which is often contaminated with concentrations of heavy metals that exceed the safe limit by tens or hundreds of times. For this reason, parents are highly advised to accept childhood immunization, as there is no scientific finding confirming the connection between vaccines and autism, and to be very careful when choosing what to feed their infants and toddlers.

With 30 years of professional experience, our lawyers have the necessary resources and scientific background to help you recover fair compensation on behalf of your child if they were fed baby food with heavy metals and subsequently came to struggle with autism. After you give our legal staff a call, all you have to do is describe your situation as best as you can, answer our questions, and send our experts the medical records of your child as evidence. These documents will also serve as a starting point for our attorneys.

Following a thorough review by our skilled attorneys, you will be informed with regard to whether you can file a toxic baby food claim. If you qualify for compensation, we will shortly begin working on your claim to prepare it for submission. Until resolution, you can go on with your life as usual, as we will take care of the most difficult aspects of the legal process for you, as we know that parents of children with autism often need more time for caregiving. In the end, you will obtain the money you deserve from the liable companies.