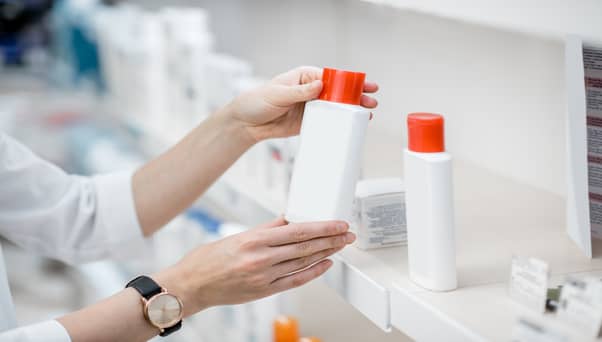 On July 14, 2021, the corporation Johnson & Johnson issued a voluntary recall on five sunscreen products manufactured by Neutrogena and Aveeno, two of the company's subsidiaries. It is noteworthy that the recall came shortly after the results of a study that found 78 sunscreens containing benzene were made public.

During the recall of the five sunscreens, Johnson & Johnson took off the market every lot that was still being sold, motivating that internal testing found traces of benzene in the products. The company advised consumers to immediately cease using the recalled products, even though it claimed that the benzene concentration found in the sunscreen "would not be expected to cause adverse health effects" even with regular exposure. These are the aerosol sunscreen products Johnson & Johnson voluntarily recalled in the summer of last year:

The company recognizes benzene as a known human carcinogen that people should avoid at all costs. "While benzene is not an ingredient in any of our sunscreen products, it was detected in some samples of the impacted aerosol sunscreen finished products. We are investigating the cause of this issue, which is limited to certain aerosol sunscreen products," says a spokesperson of the corporation. Johnson & Johnson also recognizes the importance of wearing sunscreen all year round to protect ourselves from skin cancer, which is the most prevalent malignant disease in the U.S.

Furthermore, Johnson & Johnson is offering a refund to people who purchased the affected sunscreen. According to the company, consumers can get in touch with one of the agents of the consumer care center 24/7 to ask questions, express their concerns, or request a refund by calling 1-800-458-1673. Lastly, the corporation advises consumers who used benzene sunscreen to report any adverse reaction or quality problem experienced with the use of the products to the MedWatch Adverse Event Reporting program of the Food and Drug Administration online, by regular mail, or by fax.

A representative of Johnson & Johnson said by email that after seeing the Valisure report, the company "immediately began a comprehensive end-to-end investigation of our manufacturing process and raw materials, including internal testing and a thorough data review." The Valisure report found trace levels of benzene in both sprays and lotions made by Neutrogena and Aveeno, but the company only recalled the aerosols. Interestingly, according to Martyn Smith, a professor of toxicology at the University of California at Berkeley, benzene will most likely evaporate before it is absorbed through the skin and, thereby, inhaling it might pose a greater risk when it comes to aerosol sunscreen.

On December 21, 2021, a recent Food and Drug Administration assessment was made public by Consumer Reports. Although Johnson & Johnson claims that exposure to benzene from their products is unlikely to cause any health problem even with frequent use, this study reveals the real test results of the company on sunscreen. More specifically, the tests led by Johnson & Johnson found a concentration of benzene 5 to 12 times over the safe limit. What the internal report truly says is that exposure to such a great level of benzene can lead to serious adverse effects, including the "permanent impairment of a body function".

The U.S. Public Interest Research Group Education Fund's Consumer Watchdog, Teresa Murray, said in a statement that the Food and Drug Administration had failed to protect consumers by ordering a recall. "We shouldn't have to wait for one of the companies themselves to recall potentially dangerous products,"she says. The health consequences of benzene exposure can be life-threatening, as the chemical is able to cause:

There is no safe exposure to benzene. For this reason, we also strongly advise you to cease using the recalled benzene sunscreen immediately and also the others found to contain the chemical. Even in trace amounts, benzene can trigger the onset of a serious health problem if present in your body, particularly if you are sensitive to it and have other risk factors in your life, so it is better to be safe than sorry when it comes to your skincare.

Our experienced attorneys will help you file a benzene sunscreen claim

Since 1990, our lawyers and legal team have been dedicating their endeavors to assisting people affected by toxic exposure recover the compensation they deserved from the liable party. If you developed cancer or aplastic anemia due to using benzene sunscreen, we encourage you to reach out to us, as you are most likely entitled to file a claim. You just have to call our legal team, explain your situation, answer a series of questions, and send us your medical records, among other documents that will be easy to gather.

After our lawyers carefully assess your case, you will know for sure whether you qualify for filing a benzene sunscreen claim. If you do, we will soon begin preparing it for submission while you can go on as usual, as your participation will only be necessary during the first part of the legal process. You will ultimately receive the greatest sum of money available for your diagnosis if you decide to work with our law firm. Finally, it is essential to know that working with us is free of charge unless we obtain compensation for you because we operate on a contingency fee basis.