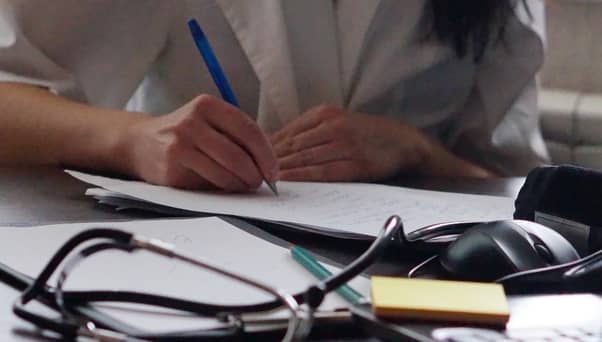 Since 1966, when it was first manufactured by the U.S. Navy and the 3M company, AFFF has been employed to put out class B fires by both civilian and military firefighters. However, the fire suppressant contains high concentrations of PFAS, a group of toxic chemicals that can lead to cancer if they are present in the body. In the military, AFFF is mostly used to put out jet fuel and petroleum fires by trainees and firefighters. Exposure to PFAS occurs via inhalation and ingestion.

While it is true that some level of PFAS is present in the blood of every citizen, since they are also used in non-stick cookware, food containers, and cleaning products, these chemicals become particularly dangerous in high concentrations. As a consequence, they may cause the following malignant diseases, among many others:

It is important to mention that exposure to large amounts of PFAS, which is the case of military firefighters, usually results in cancer within several years to several decades. This is why it was only recently that more and more veterans who served as firefighters in the military came forward, requesting disability compensation from the VA for their terrible diagnoses. Nevertheless, according to the experiences of many veterans who worked with AFFF, the VA refuses to offer disability compensation and other benefits to these people, arguing that the connection between their cancer and military service cannot be proven.

The experience of a U.S. Air Force veteran who was heavily exposed to PFAS as a military firefighter

One of the veterans whose request for disability compensation was rejected by the VA served in the U.S. Air Force following rigorous training at Chanute Air Force Base in Illinois, which is now a Superfund site due to extreme PFAS contamination, undergoing major cleanup by virtue of the Environmental Protection Agency since 2000. During his training, the man would have to repeatedly put jet fuel, chemicals, and debris into a pit and set them on fire. Subsequently, he would extinguish it by using AFFF.

It is worthy of note that military firefighters would also be exposed to PFAS from their very turnout gear, as their protective equipment contained these chemicals as well. The death rate from cancer among firefighters is 14% higher than that of the general population, according to the National Institute of Occupational Safety and Health, and PFAS exposure definitely plays a role in this grim statistic.

The veteran now has multiple chronic health issues, including diabetes, which he attributes to his exposure to PFAS in the military. When he went to the VA to claim disability compensation for his health problems, he was unable to pursue the federal government department to pay for a blood test to measure the levels of PFAS in his blood. The VA eventually denied his claim for disability compensation based on his exposure to the AFFF.

Nonetheless, the man soon found out that he was not the only former military firefighter who was denied disability compensation by the VA. He connected with dozens of other veterans who worked with AFFF in the military online and who were also in this situation.

Struggling with advanced cancer in multiple organs and tissues of his body, this veteran, who also served in the U.S. Air Force, is another ex-military firefighter. He also links his disease to heavy PFAS exposure that occurred during active service. He used AFFF as a military firefighter at the turn of the last century, and he kept using the fire suppressant while working as a military contractor until very recently. Since the man is unable to work due to his ongoing cancer treatment, he also decided to apply for disability compensation but was denied this benefit because his disease was not "service-related" as well.

In April of this year, Volunteer Firemen's Insurance Services, which is a company that offers insurance and other services to firefighters as a division of the Glatfelter Insurance Group, sent a notice that it would be applying a "pollution exclusion" to the coverage. This meant that firefighters could no longer receive health insurance and benefits if they claimed their cancer was the result of PFAS exposure, as the notice mentioned that "the application of the pollution exclusion is extended to any use of Class B firefighting foam containing PFAS." Unsurprisingly, the Glatfelter Insurance Group refused to reveal the number of current and former firefighters who are subject to this "pollution exclusion", as well as which policies are affected and why it decided to exclude claims regarding exposure to AFFF.

According to a VA spokesperson, the federal government department makes decisions regarding disability claims on a case-by-case basis review by evaluating the onset and nature of the medical conditions and the type, level, and duration of exposure. The VA does not recommend blood tests to measure the concentration of PFAS in any veteran, as most people across the country have a measurable level of these chemicals in their blood. Furthermore, the VA claims that a normal range of PFAS in the blood has not yet been established, which is why they refuse to provide blood tests for PFAS to veterans who served as military firefighters.

The legislative director of the Department of Colorado Veterans of Foreign Wars provides assistance to veterans and family members who intend to file disability claims related to PFAS exposure in the military. According to him, the VA is not up to date with the emerging science showing the health effects of PFAS. The man himself was exposed to AFFF while serving as a firefighter in the U.S. Air Force and subsequently developed prostate cancer.

Another former military firefighter who came to struggle with aggressive prostate cancer as a result of AFFF exposure on multiple U.S. Air Force bases during the 1980s alludes to the fact that the companies 3M and DuPont, which manufacture AFFF, had been aware of the dangers of PFAS since the beginning. In 2017, when he applied for disability compensation, the VA denied him this benefit, telling the man that there was no scientific or medical evidence that PFAS exposure was the cause of his cancer, even though his oncologist wrote to the VA that the toxic exposure was most likely the main contributing factor to his illness.

Having received a 100% disability rating from the VA for melanoma and prostate cancer, a veteran who was a military firefighter as well believes that he is the first to get this percentage. While the VA rejected his first claims, his last one has recently been approved. He is a former crash rescue firefighter who served in the U.S. Air Force and had fought with the VA for disability compensation for over 5 years following his cancer diagnosis.

Since 1990, we have been providing assistance to veterans whose health was affected by toxic exposure and our attorneys will do all in their power to help you receive VA disability compensation if you are eligible for this benefit. The only necessary documents are your military records, which you must retrieve, and your medical records, which must state your cancer diagnosis. Our legal team will carefully take care of the rest of the paperwork.

We will file a VA disability claim on your behalf, and your chances of actually receiving this benefit will be considerably higher, as we will present solid and irrevocable evidence of the connection between your disease and PFAS exposure. In the end, you will receive your disability compensation from the VA in the form of monthly installments.