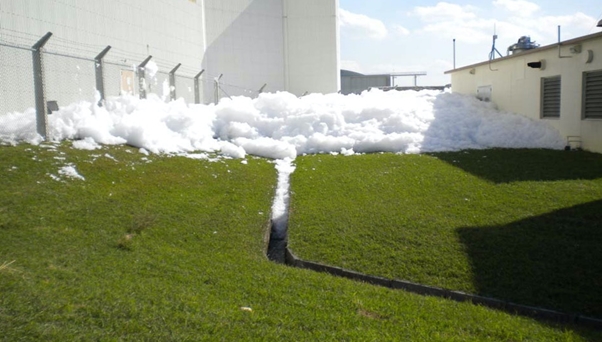 According to an internal report, the US Department of Defense is not doing enough to protect military personnel from exposure to so-called "forever chemicals", which are linked to a variety of health issues. The internal audit also found that the government is not monitoring the health consequences of PFAS exposure at military sites.

The US Department of Defense (DoD) began using aqueous film-forming foam (AFFF) that contains PFOS and, in some formulations, PFOA to extinguish petroleum-based fires in the 1970s, the audit said. The Pentagon was notified in 2000 that major manufacturers were phasing out products, including foam made with some of the chemicals after it was found that they are toxic and can build up in the human body over time. Despite this, according to the audit, the department issued a warning in 2011 and took an additional five years to identify risk-management measures such as avoiding uncontrolled foam discharges during training and removing them when possible.

PFAS can migrate into the environment and may have adverse effects on human health. Military service members and their families are especially at risk from these perfluorinated chemicals because of the DOD's 50-year use of firefighting foam made with PFAS. Its use in a variety of training or testing purposes often leads to contamination of nearby public drinking water sources. Firefighting foam is what the specialists say has caused the contamination of hundreds of military bases around the country; once the foam is used, it washes away as runoff and deposits into the surrounding soils and waters.

PFAS use and exposure thresholds are currently largely unregulated at the federal level. The EPA has no federally enforceable PFAS standards, and while some states have established regulatory standards for acceptable levels for certain PFAS in water, soil, and recently air, the vast majority of the states and their regulatory agencies have not established legally enforceable values for PFAS.

Veterans and their family members who worked or lived on contaminated military bases need to pay close attention to their health, as they are at high risk of developing a life-threatening condition as a consequence of exposure to PFAS.

Although most PFAS contamination at U.S. military bases occurred before 2000, there have been several noteworthy instances in more recent years, the report states; for example, at the Naval Auxiliary Landing Field Fentress in Virginia, the PFAS-containing foam was released directly onto the ground to test the functionality of firefighting vehicles in the years between 2010 and 2015.

The audit notes that groundwater investigations at Camp Grayling Joint Maneuver Training Center have found PFAS in areas seemingly unrelated to AFFF, such as near an equipment and vehicle wash station - an example indicating that PFAS may be present in unexpected locations and resulting from additional sources of avoidable PFAS contamination, such as fire-resistant aviation hydraulic fluids.

Because the DoD did not initiate proactive risk management measures until the United States Environmental Protection Agency (EPA) released in 2016 a non-enforceable lifetime health advisory of 70 ng/L for the sum of PFOA and PFOS, people and the environment may have been exposed to preventable risks from PFAS-containing AFFF, the report also states.

Veterans who developed cancer or other illnesses as a result of exposure to PFAS contained in AFFF may be eligible to receive compensation for past and future medical costs, lost wages, pain, suffering, and emotional anguish. It is worth noting that if you are a family member of a veteran who was stationed at a contaminated military base and developed one of the illnesses listed below, you may also be able to submit a toxic exposure claim:

Similarly, if you were pregnant during your time at a targeted military installation and gave birth to a kid with health issues, our lawyers can assist you in filing a hazardous exposure claim on behalf of your child. If you believe that your health was impacted by exposure to hazardous substances, we encourage you to send our specialized attorneys your military records, which you must retrieve, and your medical records. If you want to file a claim as a family member of a veteran, you will have to provide us with evidence of your stay at a military base and your medical records.