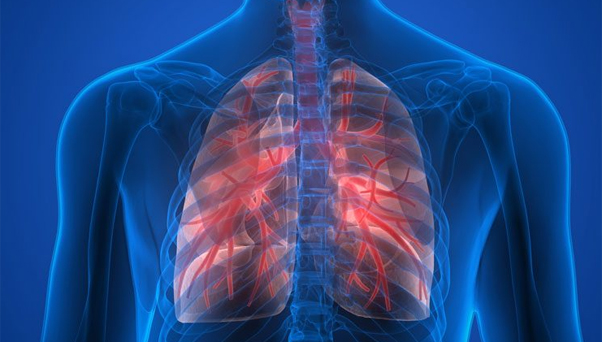 "Restrictive lung disease" is an umbrella term for pulmonary conditions that impede the patient's ability to fully expand the lungs. The term is used in opposition to obstructive lung diseases, which make it harder to deflate the lungs. Many illnesses associated with asbestos fall under the category of restrictive diseases like asbestosis, and pleural plaques.

Prolonged exposure to asbestos fibers leads to a number of pulmonary disorders. Although asbestos is currently subject to a wide range of laws and regulations that relate to its production and use, patients continue to present with these diseases because of the long latent period between asbestos exposure and the emergence of symptoms due to the disease. The signs and symptoms of asbestos-related conditions tend to be nonspecific, thus, occupational history helps guide clinical suspicion. Occupations with a high risk of exposure to asbestos include: 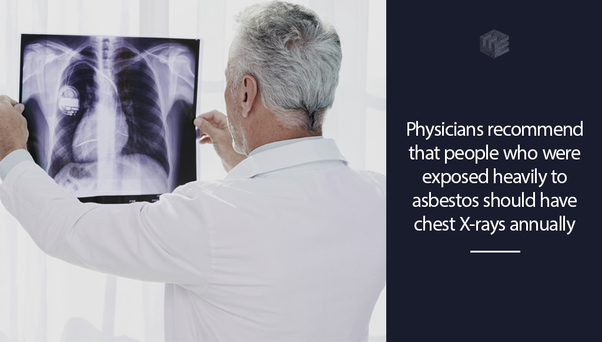 Diseases where lung capacity is diminished as a result of tissue alterations in the organ itself, like scarring, inflammation, or stiffening, are called by doctors "intrinsic restrictive lung disorders".

One of the environmental factors long known to contribute to any of the above is asbestos, but diseases such as tuberculosis, sarcoidosis, and interstitial lung disease can cause similar effects without the presence of asbestos fibers. Restrictive lung disease is only used as a diagnosis by itself in extremely rare cases when doctors are unable to pinpoint a cause for the patient's symptoms. Visible signs that your lungs cannot cope with a full volume of air include:

Doctors will assess your lung capacity with a Forced Vital Capacity test, generally conducted within the same visit.

If your results come at 80% or less of what is expected for your weight and age, then he or she will begin investigations for an underlying cause.

Due to the high number of conditions that fall under the category of restrictive lung diseases a proper diagnosis will require intense scrutiny.

If you have been exposed to asbestos for any considerable amount of time in the past, then a chest X-ray should be the next course of action.

Asbestosis is a fairly common restrictive lung disease caused by occupational exposure, and the presence of its tell-tale needle-like particles along with scarring of the lungs can be easily detected by a skilled X-ray technician for a clear diagnosis.

Extrinsic restrictive lung diseases where asbestos may play a part generally affect the lining of the lungs known as the pleura. These include:

With the exception of asbestosis and pleural effusions - the last of which is considered a sign of mesothelioma, an extremely dangerous cancer - none of these conditions are malignant. However, the patient's quality of life and ability to work might be impacted to a sufficient degree as to justify claiming for damages.

Restrictive lung diseases significantly diminish lung capacity, impeding the body's ability to fuel itself with oxygen. This translates into lower stamina and increased difficulty in sustaining intense effort. In severe cases, even mild exertion will leave the sufferer "catching his breath". People with physically demanding occupations may find themselves unable to fulfill the requirements of their job; or their work performance significantly diminished, leading to loss of income.

If their condition came as a result of occupational asbestos exposure, they are eligible to pursue damages in court in order to recoup some of their lost income. That's why we recommend you consult one of our specialist asbestos lawyers, even if the disease you are suffering from might be considered benign.

Consulting a lawyer specializing in asbestos claims is a step that needs to be taken after a patient has received a clear diagnosis. An experienced attorney can evaluate the case and establish if they meet the conditions necessary to file a claim for compensation through one or more of the established asbestos trust funds as well as VA claims.

He/she will determine how the exposure occurred and fill in any missing documentation, as well as preparing all the necessary documents for the asbestos trust funds.

The resolution may take anywhere between 1 or 2 years following the asbestos claim and it is also very important that individuals take action as soon as possible after they have been diagnosed, as most claims have a statute of limitations between 1 to 6 years since the disease has been discovered.