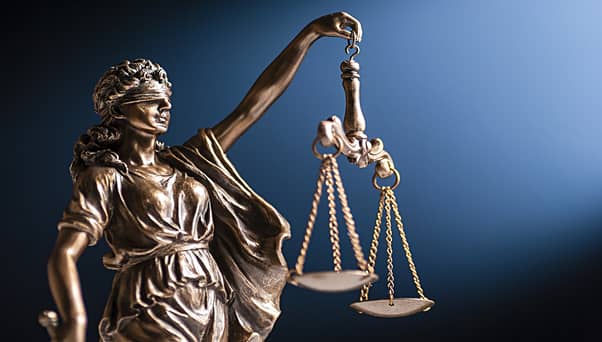 In the spring of this year, the independent pharmacy Valisure found significant concentrations of benzene lurking in 78 sunscreen products out of the 300 tested. Naturally, the discovery has sparked outrage among consumers, who began filing countless lawsuits against the negligent companies.

On May 24, the independent pharmacy Valisure made public the results of a study it had led to measure the concentration of toxic agents such as benzene in sunscreen. The findings were appalling, as nearly one-third of the products tested were found to contain benzene, which is a known human carcinogen. More specifically, 78 out of the 300 sunscreen products assessed were contaminated with benzene. According to the negligent companies, benzene is not one of the ingredients in sunscreen, which means that it ended up in the products as a contaminant, a byproduct of manufacturing, or during the production of another raw material, such as alcohol or aloe vera. Up to 27% of the sunscreen samples tested contained benzene, a fact that had been unknown to consumers until then.

Ever since Valisure's study results were released, more and more consumers became enraged and chose to take legal action against the companies found culpable. If you wonder which are the sunscreen manufacturers that are now facing numerous lawsuits, the major ones are the following:

On June 2, a lawsuit was filed by Meredith Serota in a federal court of Florida against Johnson & Johnson and Neutrogena. It accuses the manufacturers of having broken federal law and state consumer protection statutes by not including benzene as one of the ingredients on the label of their sunscreen products. The lawsuit, which is a class-action one, can be joined by anyone who bought a tainted product, except the residents of California, from May 25, 2017, to the present, even if they did not develop cancer. In March 2020, the plaintiff bought two bottles of $8.99 Neutrogena Ultra Sheer Weightless Sunscreen Spray SPF 100+ and four bottles of $12.99 Neutrogena Ultra Sheer Face Mist SPF 55 from Target.

According to the lawsuit, Serota was misled by the company's false claims, making her unaware that the sunscreen might be contaminated with benzene. "Serota purchased the Defendants' Sunscreen Products on the assumption that the labeling of Defendants' Sunscreen Products was accurate and that the products were unadulterated, safe, and effective," it claims. However, the advertising of Neutrogena and Johnson & Johnson that "Neutrogena maintains that the sunscreen ingredients we use are safe and effective" was misleading and false, the lawsuit states, and the plaintiff says that she would not have bought the products if she had known they contained benzene.

Meredith Serota wishes to represent anyone who purchased any Neutrogena sunscreen lotion or spray in any state except California. She also wants to represent a Florida subclass. The woman is suing for unjust enrichment and violations of state trade law and seeks certification of the Class, damages, order of enjoinment, restitution, disgorgement, interest, legal fees, and a jury trial. All the cases against Johnson & Johnson were consolidated into federal multi-district litigation out of the U.S. District Court, Southern District of Florida, under Judge Anuraag Singhal.

Another noteworthy lawsuit was filed against Johnson & Johnson in California

Shortly after the Florida lawsuit was filed, Johanna Dominguez and Sharron Meijer chose to take legal action as well against Johnson & Johnson. They filed a lawsuit in the U.S. District Court for the Northern District of California, seeking injunction and damages on behalf of consumers who bought the tainted products. The lawsuit was filed soon after the corporation issued a voluntary recall on five of their aerosol products, namely:

"It should not have taken the publication of a third party's tests to bring this critically important information to the public, and J&J's response so far is not enough. We will find out how long J&J knew about these concerns and why it took so long to take action," says one of the product-safety trial lawyers who is representing the plaintiffs in the lawsuit. The lawsuit states that the company's sunscreen can cause multiple forms of cancer. It also alleges violations of California Business and Professional Code 17200 and 1750, violation of New York General Business Law 349 and 350, and unjust enrichment.

With regard to the voluntary recall of the five sunscreen products that took place on July 14, a spokesperson of Johnson & Johnson said, "When the industry was alerted to this matter, we immediately began a comprehensive end-to-end investigation of our manufacturing process and raw materials, including internal testing and a thorough data review. We also conducted a robust health and safety assessment. The results informed our decision, which we proactively brought to the U.S. Food and Drug Administration." Nevertheless, considering that the company attempted to cover up the real concentration of benzene found in their products, there is room for doubt when it comes to the statements of Johnson & Johnson.

On December 21, Consumer Reports discovered that the company has been hiding the true results of the study conducted to measure the level of benzene in their sunscreen. Johnson & Johnson states that the concentration of benzene in their products "would not be expected to cause adverse health effects," even with frequent exposure. Nonetheless, the new findings of Consumer Reports state that the tests conducted by the manufacturer suggest levels of benzene 5 to 12 times above the safe limit, which are bound to cause "permanent impairment of a body function."

Similarly, Johnson & Johnson had previous knowledge about the presence of talc in their Baby Powder. This naturally occurring mineral can wreak havoc on your health once inside your body by causing cancer such as mesothelioma and ovarian cancer. This is because most talc is contaminated with asbestos. The company did not tell the Food and Drug Administration that at least three tests by three different laboratories conducted between 1972 and 1975 had found asbestos in the talc it was using. Furthermore, the concentration was deemed "rather high" in one case.

The earliest mention of tainted Johnson & Johnson Baby Powder found comes from a consulting laboratory's 1957 and 1958 reports. They describe contaminants in talc from the Italian supplier of the company as fibrous and needle-like, which was the dangerous tremolite asbestos. And the liability of the company does not end at asbestos and benzene. In the summer of this year, Johnson & Johnson had to pay a whopping settlement of $5 billion, having been found guilty for fueling the deadly nationwide opioid epidemic.

Since 1990, the primary mission of our law firm has been to offer superior legal assistance to toxic exposure victims, and currently, we take on benzene sunscreen claims. If you developed cancer due to using tainted sunscreen, you are most likely entitled to financial compensation from the liable manufacturer. To start the legal process, you just have to give us a call, describe your situation, answer our questions, and send us a series of basic documents, including your medical records.

If our attorneys determine that you qualify for filing a benzene sunscreen claim, they will promptly begin working on it. You should go on as usual during this waiting time, as we will take care of the most difficult and complex matters on your behalf. This way, you can focus on your health and treatment. You will eventually receive the sum of money you deserve from the negligent company if you choose to work with our law firm.