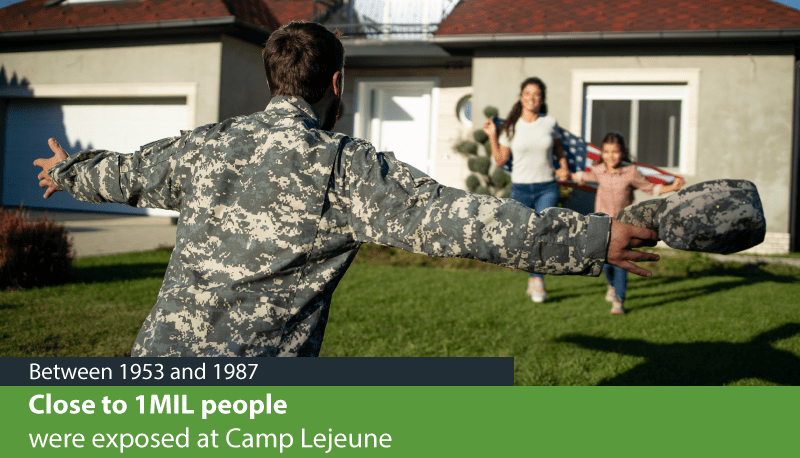 Significant benzene exposure was found to increase the risk of colorectal cancer, particularly in women. Benzene, a very toxic solvent, was lurking on hundreds of military bases across the country during the last century. Furthermore, people with a history of PFAS exposure also have a higher risk of developing colorectal cancer.

In the United States, 1 in 23 men and 1 in 25 women will receive a diagnosis of colorectal cancer at some point during their lifetime. However, intestinal cancer, which affects the small intestine, is rare, accounting for less than 1% of all new cancer diagnoses. While the most common causes of colorectal cancer include excessive alcohol consumption, obesity, inflammatory bowel disease, and tobacco smoking, a lesser-known cause is toxic exposure. Studies found that prolonged exposure to the following solvents may considerably increase the risk of colorectal cancer:

These harmful chemicals were contaminating the majority of military bases in the country several decades ago, which inevitably led to toxic exposure among service members and their families. People who lived at Camp Lejeune between 1953 and 1987 for at least 30 consecutive days and came to struggle with colorectal or intestinal cancer are entitled to financial compensation. If you are in this unfortunate situation, we encourage you to get in touch with our resourceful attorneys, as they specialize in toxic exposure and will file a Camp Lejeune toxic water claim or lawsuit for you.

The link between colorectal and intestinal cancer and toxic exposure

Finally, a study from BMC Cancer found that PFOS and PFOA, the most known chemicals from the PFAS category, are environmental contaminants impacting metabolic regulation, inflammation, and other factors involved in the development and progression of colorectal cancer. Interestingly, the link between PFOA and colorectal cancer was more pronounced in men and leaner adults. On military bases, the source of PFOS and PFOA is the past use of AFFF, a dangerous fire suppressant containing up to 98% PFAS.

Since 1990, our law firm has been dedicating its endeavors to providing quality assistance to occupational and military toxic exposure victims. If you were stationed at a contaminated military base, either as a service member or a family member of one, and came to struggle with colorectal or intestinal cancer, you should contact our skilled attorneys. By virtue of their vast knowledge and experience, they will be able to help you obtain the financial compensation you are entitled to.

If you are seeking legal recourse as a veteran, you will have to retrieve your military records and your medical records and send these documents to our attorneys. On the other hand, if you are a family member, you will need to present our legal team with evidence of your stay at a contaminated military base and your medical records. After thoroughly reviewing your case, we will promptly begin preparing your claim for submission if you qualify for compensation.