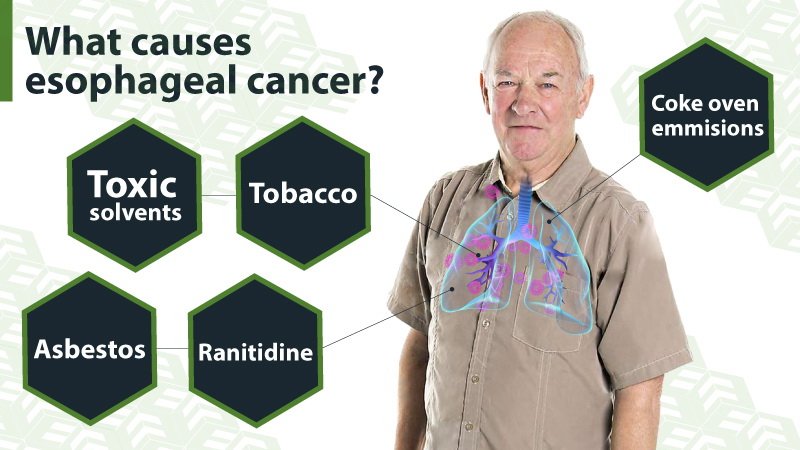 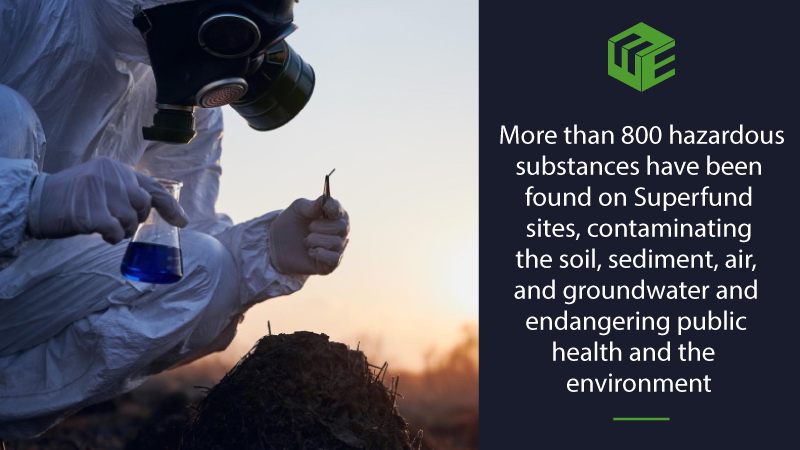 During the last century, the environment of over 700 military bases across the country was severely contaminated with volatile organic compounds, which stem from the use of industrial solvents. A study from the medical journal Digestive Diseases and Sciences found that exposure to volatile sulfur compounds, lead, and solvents has a connection with a high risk of esophageal adenocarcinoma, a subtype of esophageal cancer that starts in the mucus-secreting glands of the organ.

The following solvents have been associated with esophageal cancer, most of which were polluting military bases:

Furthermore, PFAS, a group of over 5,000 different chemicals, also lurked on military bases and can lead to the development of esophageal cancer. PFOS and PFOA, the most researched chemicals from this group, have the strongest link to esophageal cancer. According to a study from Environmental Health Insights, the residents of Merrimack, New Hampshire who had been exposed to PFAS have a considerably increased risk of developing esophageal cancer, among other malignant diseases. On military bases, the source of these chemicals was the use of the fire suppressant AFFF, which sometimes contains up to 98% PFAS.

If you were stationed, lived, or worked at Camp Lejeune and came to suffer from esophageal cancer, you may be entitled to financial compensation under the new legislation known as the Camp Lejeune Justice Act and to disability compensation from the VA if you are a veteran. These are the eligibility criteria you must meet to file a claim:

To determine whether you qualify for filing a Camp Lejeune toxic water claim, our experienced attorneys will have to carefully review your employment or military records, which you must retrieve, and your medical records. If you lived at the military base as a family member of a veteran or as a civilian, we will ask you to send in evidence of your stay at Camp Lejeune in addition to your medical records. Lastly, it is important to note that women who spent time at the military base while pregnant and gave birth to a child with a congenital malformation might also be eligible for compensation.

While filing a Camp Lejeune toxic water claim has specific eligibility requirements, those for other military bases are the same, namely:

Even if you doubt you have a case, we highly advise you to get in touch with our skilled attorneys, as they have been pursuing compensation for toxic exposure victims, many of whom are veterans, since 1990. 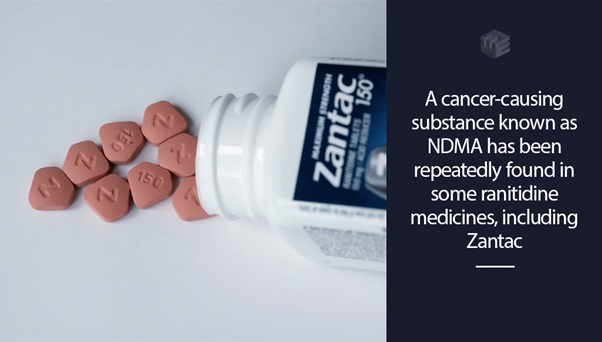 Mostly sold under the brand name Zantac, ranitidine is a medication prescribed to alleviate or treat heartburn, gastroesophageal reflux disease, acid indigestion, and gastric ulcers. In the summer of 2019, it was found that Zantac had an NDMA concentration 500 times higher than the safe exposure limit.

NDMA is a yellow, odorless liquid chemical that was once used to manufacture rocket fuel. It is highly carcinogenic, increasing the risk of developing esophageal cancer. The following are some highlights concerning the risk of Zantac use from various medical studies:

If you took Zantac or ranitidine by another manufacturer, such as Pfizer, Boehringer Ingelheim, or Sanofi, and developed esophageal cancer, do not hesitate to contact our law firm. We specialize in filing claims for defective drugs and toxic exposure. Still, to find out whether you are entitled to compensation, our attorneys will have to check your eligibility.

To become eligible to file a Zantac claim for esophageal cancer, you will have to meet some criteria, as not everyone may be entitled to financial compensation from the negligent manufacturers. The following are the eligibility requirements for consumers who intend to file a Zantac cancer claim:

Coke oven emissions stem from ovens that are used to heat coal to produce coke, which is used to manufacture iron and steel. These emissions are complex mixtures of dust, vapors, and gases that usually include carcinogens such as cadmium and arsenic.

People who worked in these industries have a higher risk of developing esophageal cancer, as they would inevitably breathe in coke oven emissions on the job, even when wearing protective equipment such as respirators. These are the eligibility criteria for filing a claim if you struggle with esophageal cancer: 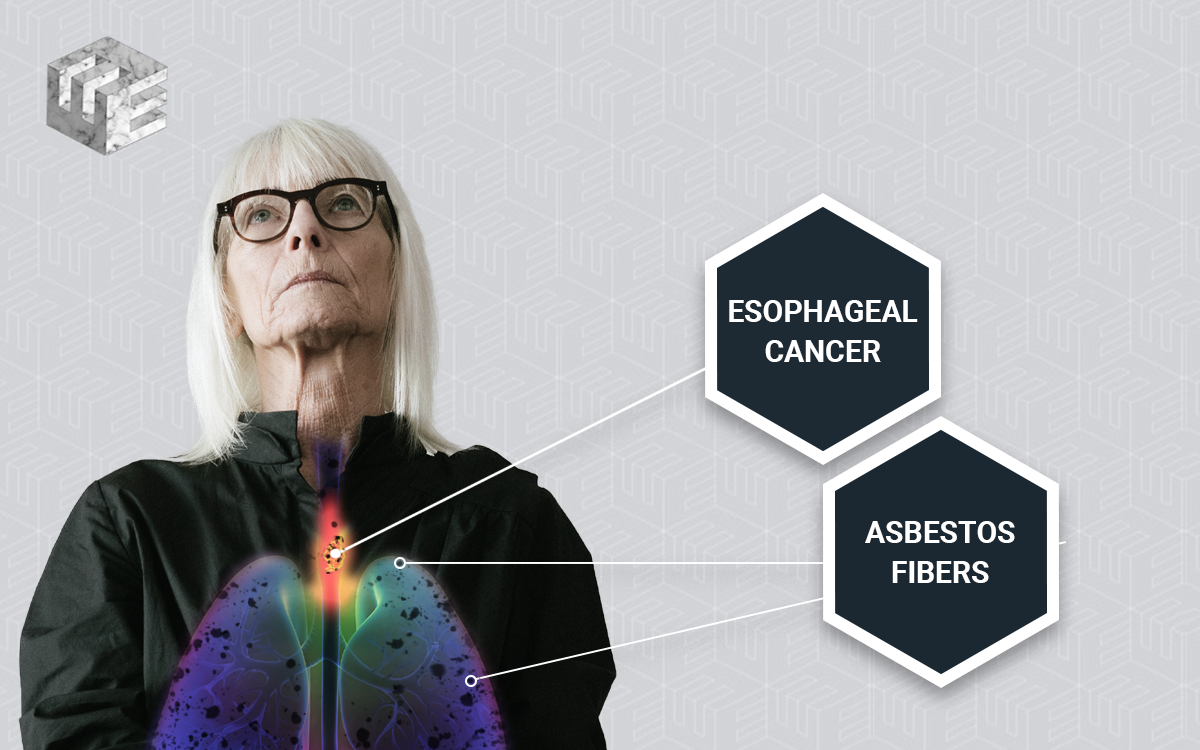 During the last century, asbestos was used in unimaginable amounts for over six decades.

Asbestos is a carcinogenic mineral, resulting in esophageal cancer within 20 to 50 years following the first exposure. This is because once the small toxic fibers become embedded in the lining of the esophagus, they gradually cause inflammation and tissue scarring, which may eventually turn into malignant tumors.

Former industrial workers and veterans have the highest risk of esophageal cancer,as they had to handle numerous asbestos materials and products, such as:

Misdiagnosis is very frequent among asbestos exposure victims. For this reason, we advise you to look for a second and even a third opinion. Our law firm collaborates with medical experts who can offer you a free-of-charge asbestos screening, but you will have to come to Birmingham, Alabama, where we are headquartered, to undergo the necessary tests.

For asbestos exposure victims, financial compensation mostly comes from the asbestos trust funds the liable companies had to set up before filing for bankruptcy. Veterans can also have a VA disability compensation claim filed to receive more money for their healthcare and treatment. The following are the requirements you must meet to become eligible to file a claim for esophageal cancer caused by asbestos exposure:

It is essential to note that if you are a smoker with a history of occupational or military asbestos exposure, you can still file a claim with asbestos trust funds and the VA if you are a veteran. If asbestos fibers are found along your esophagus, this indicates that the culprit behind your disease is asbestos, not tobacco smoking, which might deem you eligible to seek financial compensation.

Because asbestos manufacturers and employers kept the dangers of asbestos exposure hidden from workers and the general public for decades, many family members were also indirectly exposed to the mineral.

When industrial workers would return home, their clothes were often covered in asbestos dust, which their loved ones could easily inhale or ingest. Usually, their wives would be exposed to asbestos when shaking out their work clothes before laundering them, while their children would breathe in toxic fibers when greeting their fathers.

If you lived in the same home as a family member who worked with asbestos during the last century and developed esophageal cancer, feel free to contact our attorneys, as they might be able to help you recover financial compensation for your unjust suffering. You will have to provide our legal team with the employment records of your family member, proof that you shared a living space, and your medical records. Shortly after, we will be able to tell you whether you are eligible to file a claim. If you are entitled to compensation, and everything goes in our favor, you may receive the sum of money you deserve.

If you lost a family member to esophageal cancer, we might be able to file a wrongful death claim Refusal to pursue a claim for compensation from asbestos trust funds or the VA is very common among toxic exposure victims when they are alive, as they usually believe that the legal process will be exhausting and overwhelming.

However, the process is relatively fast and easy for our clients since our attorneys have nearly 30 years of experience in filing wrongful death claims related to asbestos exposure. We have successfully helped thousands of clients and will gladly do the same for you.

If you lost a family member to esophageal cancer caused by asbestos exposure, please contact our legal team, and we will strive to obtain the financial compensation you may be entitled to. You will only have to send us their employment records, medical records, and death certificate. Lastly, it is important to keep in mind that the sum of money you may recover will be smaller than what your loved one would have obtained since there are no more ongoing medical costs.

Since 1990, our law firm has been pursuing compensation for toxic exposure victims and for consumers whose health was compromised by using defective drugs or products. Whether you were exposed to volatile organic compounds on military bases, coke oven emissions, or took Zantac, our skilled attorneys will carefully review your case after you provide us with the necessary documents. To ease the legal process, we will only request your employment or military records, which you must retrieve, and your medical records if you want to file a claim for yourself.

If we determine that you are entitled to financial compensation, we will prepare your claim for submission while you can go on with your usual life, focusing on your health and treatment. We know how difficult struggling with cancer can be, so we will take care of the most complex aspects of the legal process for you. Eventually, if our efforts are successful, you may obtain the maximum compensation available for your diagnosis from the liable parties. We work on a contingency fee basis, so you will not have to pay our law firm anything unless we obtain money for you.