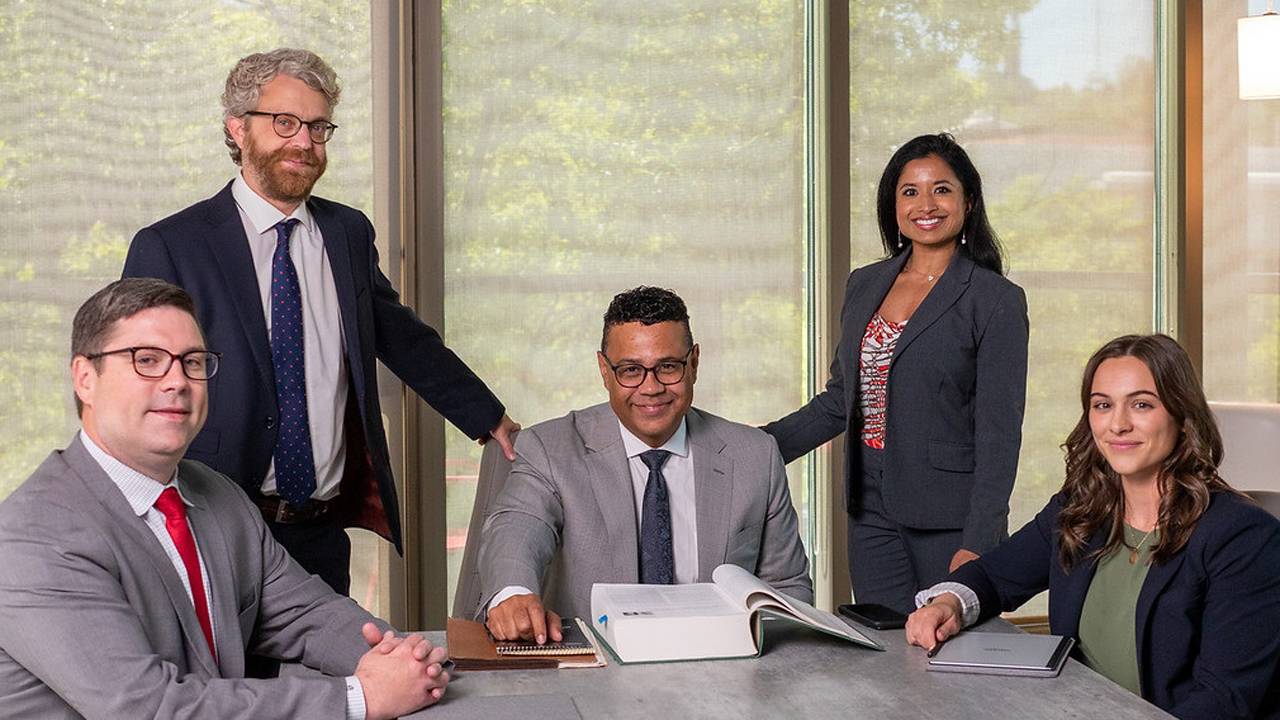 Polychlorinated biphenyls, also known as PCBs, are highly toxic industrial compounds that pose a great health risk to fetuses, babies, and children, who may experience developmental and neurological problems as a consequence of prolonged or frequent exposure to small amounts of these chemicals. However, exposure to PCBs is very harmful to adults as well, since it can result in melanoma, liver cancer, gallbladder cancer, biliary tract cancer, gastrointestinal tract cancer, and brain cancer. If you or your community were exposed to PCBs and came to struggle with serious health problems, we will provide you with quality legal assistance by filing a lawsuit or a class-action lawsuit against the companies that released PCBs in your environment. 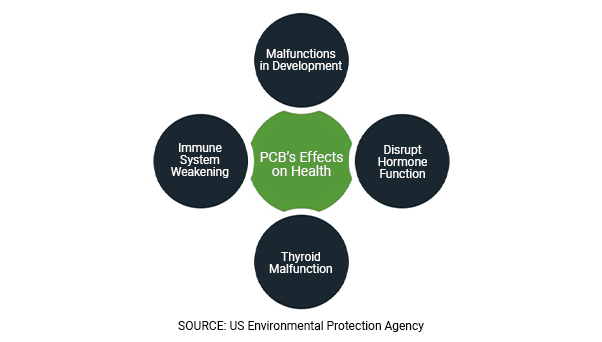 Both the International Agency for Research on Cancer, and the Environmental Protection Agency deem PCBs a probable human carcinogen.

The main route of exposure to PCBs in the general population is eating contaminated foods, especially meat, fish, and poultry, whereas occupational exposure to these toxic chemicals occurs primarily through inhalation and skin contact. It is worthy of note that PCBs can also lurk in drinking water.

Until 1977, these chemicals had been extensively manufactured in the United States and used as insulating materials, coolants, and lubricants in transformers, capacitors, electrical appliances, and old fluorescent lighting fixtures. However, the disposal of PCBs has been neglected for many years, therefore being responsible for the exposure of countless individuals. Prolonged exposure is accountable for dermatologic conditions, hepatic damage, and respiratory conditions and entails negative reproductive and developmental effects as well. The following are the diseases exposure to PCBs can result in, as well as the diagnoses for which you can seek financial compensation:

If you or your community were exposed to PCBs from the drinking water or from the air in your residential area and came to struggle with serious health problems, you are eligible for compensation from the liable companies. Our legal team, which specializes in toxic exposure, will file a lawsuit or a class-action lawsuit, which is bound to result in the maximum compensation you are entitled to for your suffering. Since 1990, we have been providing quality legal assistance to victims of toxic exposure and are willing to go to great lengths to recover fair compensation on your behalf from the companies that released PCBs in your environment.

What are the main sources of PCBs?

These chemicals do not quickly break down once they are released into the environment, which is why they can remain there for long periods of time, cycling between air, water, and soil. Moreover, PCBs can be carried for long distances and were found in snow and seawater in areas far from where they were initially released. Consequently, they are present throughout the entire world. As a general rule, the lighter the form of PCB, the further it can be carried from the primary source of contamination. Furthermore, PCBs can accumulate in the leaves of plants and food crops. They can also be found in fish. As a result, people who consume fish may be exposed to PCBs that have bioaccumulated in the food they are ingesting. The following are the main sources of PCBs exposure in the United States, according to the Environmental Protection Agency:

PCBs are very stable mixtures that are highly resistant to extreme temperatures and pressure. They were also used in hydraulic fluids, heat transfer fluids, lubricants, and plasticizers. While eating contaminated fish, meat, and dairy products in small amounts will most likely not result in serious disease, frequent exposure to large concentrations of PCBs can lead to the development of terrible, even life-threatening health problems. For this reason, if you or your community were exposed to PCBs by one or multiple companies, either through drinking water or air or by consuming food that contains these chemicals, and came to struggle with related diseases, you are entitled to financial compensation, which our skillful attorneys can help you recover.

Quality legal assistance for individuals and communities exposed to PCBs

For over 25 years, we have been pursuing compensation on behalf of victims of toxic exposure and are willing to go to great lengths to provide you with quality legal assistance if you or your community were affected by PCBs exposure. We will file a lawsuit or a class-action lawsuit against each and every company responsible for your toxic exposure, which will result in fair compensation for your diagnosis. Our legal experts will conduct in-depth research to gather additional evidence for your case, which may prove crucial for the favorable outcome of your case. Within several months to one year, you will receive the largest sum of money you are entitled to from the liable companies, either through a settlement or through a jury verdict. Working with our law firm is free of charge unless we recover financial compensation for you, as we work on a contingency fee basis.