Before a brake repair job, the accumulated brake dust must be cleaned by the mechanic prior to the old parts being removed. Another case of asbestos exposure may be when installing new brake pads or shoes and the auto-shop worker may grind the surface to speed up the 'breaking in' process, creating dangerous asbestos dust. 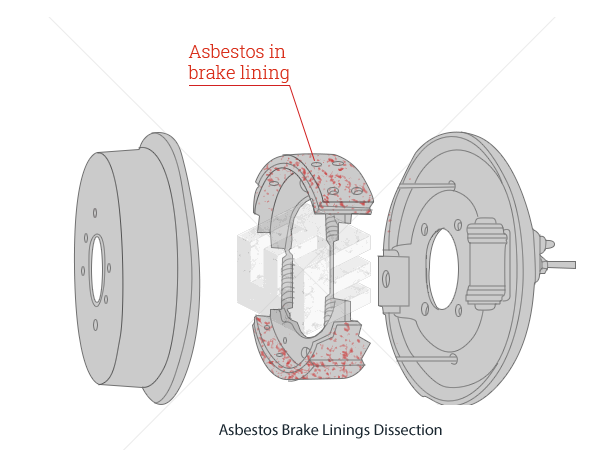 The brake system has a consumable surface that gets subjected to constant friction and heat, called brake lining. To prevent a major disaster, asbestos was seen as a viable solution until the late 1990s. The asbestos fibers helped strengthen overall the final product, but with a cost.

Being a part of an automotive consumable product, every time the mechanics would interact with a heavily used brake system, the asbestos-contaminated brake lining would pose a major threat for them. As the brakes needed to be cleaned off first, the asbestos dust gathered would usually be air-hosed, a process that spread the poisonous particles into the atmosphere. You could have been exposed if:

Companies liable for manufacturing or use of asbestos brake linings

By using brake linings in your line of work for an extended period of time, you definitely subjected yourself to asbestos exposure. If you are now seeking compensation, we can help you by filing claims with the asbestos trust funds of these companies.