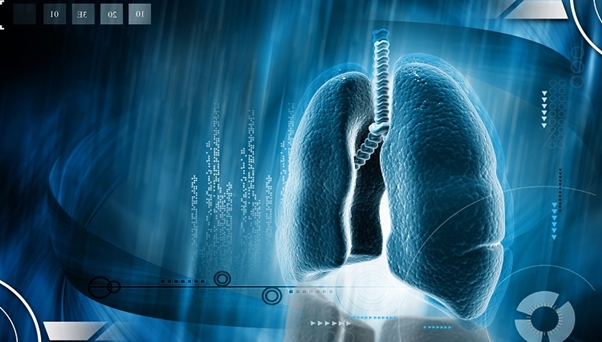 Patients undergoing treatment for rare malignancies associated with occupational exposure to asbestos are now being evaluated using AI in a pilot study. Scientists have developed a prototype imaging system that has proved effective with mesothelioma and can accelerate much-needed breakthroughs in diagnosis and therapy.

At present, treatment options for mesothelioma, including chemotherapy, radiotherapy, and surgery, are limited, and clinical trials are essential for the development of new, more effective therapies. The prototype artificial intelligence system is capable of recognizing mesothelioma on CT scans, and it is anticipated that this technology would enable clinical trials of novel medicines to be conducted more quickly.

Exposure to asbestos in industrial settings may increase mesothelioma risk

Because of its thermal stability and indestructibility, asbestos can resist deterioration for decades under virtually any circumstances. As a result of these desirable properties, asbestos became virtually miraculous in the eyes of manufacturers, who began utilizing it in hundreds of commercial applications, materials, equipment, and industrial materials. For instance, it was widely used as an insulator in the building of power plants, helping in the achievement of the high temperatures required to run the boilers and generate electricity.

Asbestos is now well recognized as a health threat, and its usage is strictly controlled by the Occupational Safety and Health Administration (OSHA) and the Environmental Protection Agency (EPA). Every time a worker cuts, drills, or handles materials that contain asbestos in any manner that produces dust, they are putting themselves at risk of serious illness. According to epidemiologic data, all asbestos fiber forms, including the most frequently used form of asbestos, chrysotile, induce mesothelioma in humans.

Between the 1930s and 1980s, asbestos became the most widely used mineral in all military branches. The hazardous mineral was widely employed on ships, tanks, trucks, aircraft, and vehicles, mainly for its durability, resilience to heat, and fireproofing properties. Besides asbestos-containing machinery and equipment in the military, the carcinogenic substance was utilized in barracks, mess halls, hospitals, and other structures where troops slept, worked, and ate. Other asbestos-containing items in the military were pipes, gaskets, valves, tubing, and grinders. The Navy has the greatest incidence of asbestos-related illnesses among its veterans due to the extensive usage of asbestos in shipbuilding.

On Navy ships, the highest concentrations of asbestos were found near boilers, engines, ammunition, and even sleeping rooms and mess halls. Despite the risk of exposure, companies such as Bethlehem Steel Shipyard, Long Beach Naval Shipyard, and Richmond Shipyard continued to utilize asbestos in all parts of ships, from stern to bow. Numerous shipyards with asbestos issues have been placed on the EPA's Superfund list, including Anniston Army Depot, Alabama Drydock and Shipping Company, Bender Shipbuilding and Repair Company, Gulf Shipbuilding Company, and Avondale Shipyards.

The AI tool has the potential to improve patient care

Occupational asbestos exposure through inhalation, and to lesser extent ingestion, can cause a range of asbestos-related conditions with high health and financial costs later in life, such as mesothelioma. According to Artificial Intelligence World Society and Michael Dukakis Institute for Leadership and Innovation (MDI), physicians may be able to use the AI tool in the near future, to measure mesothelioma on scans during treatment more accurately and affordable.

After being given more than 100 CT images that had previously been evaluated by a clinician, the AI prototype was able to detect and quantify tumors in CT scans very precisely without any human input. These measures will pave the path for clinical trials of novel therapies by identifying even small changes in tumor growth.

Additionally, the research team believes that the AI-based evaluation tool would improve the well-being of patients, their families, and caregivers. Although it is still in its infancy, this prototype has the potential to play a critical role in the future of cancer detection, adding to the increasing body of data supporting the use of AI in global medical advances.

Compensation can help reduce the financial burden of cancer treatment

Cancer has a particularly severe financial effect on patients and caregivers who have had to reduce their job hours, have insufficient health insurance coverage, or do not have savings or other accessible financial resources. Please contact our legal office if you have developed an illness as a consequence of occupational asbestos exposure, and we will certainly assist you in recovering the financial compensation you deserve.

Not only may financial compensation for asbestos exposure benefit individuals dealing with life-altering illnesses, but also their spouses and dependents. Consequently, legal remedies may also be available for family members. In every instance, filing an asbestos claim is a complex and time-sensitive procedure, and the assistance of a knowledgeable lawyer is essential.