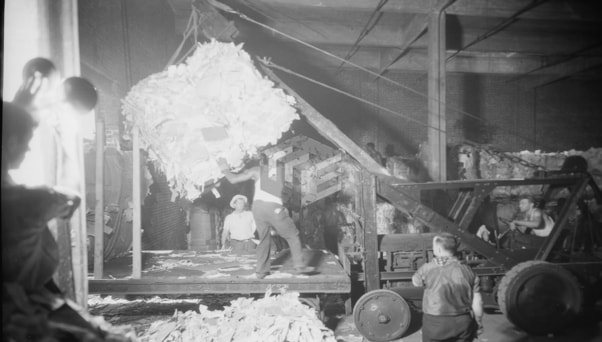 Longshoremen, the people responsible for loading and unloading ships, were heavily exposed to asbestos during the last century, as they would have to handle numerous products that contained it. Today, former longshoremen who came to struggle with a disease as a result of asbestos exposure are entitled to financial compensation.

As it is the case of nearly all occupational groups that came in contact with asbestos, they were not aware of the dangers of exposure and, to make matters worse, they were not provided with protective equipment to wear during their job. This inevitably led to asbestos exposure. Longshoremen were exposed to asbestos in the dust stirred up in the loading and unloading environment above deck, through surfaces coated with asbestos below deck, and through contact with contaminated containers of goods manufactured with asbestos.

How were longshoremen exposed to asbestos? 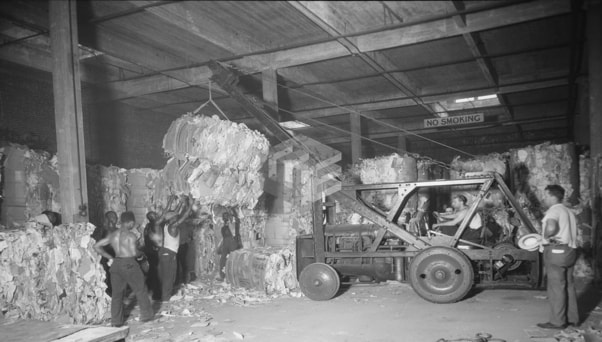 While most asbestos exposure in longshoremen would occur when they would load and unload cargo, they also came in contact with the mineral from the ship itself, as during the process of moving cargo, they would unavoidably disturb the asbestos building materials the ship was made of. There were over 300 different asbestos products on the average U.S. Navy ship during the last century.

However, insulation was one of the main sources of exposure to asbestos in longshoremen, since it was present nearly everywhere on the ships they would work on. Furthermore, oftentimes, longshoremen would have to move around cargo that contained asbestos, thereby releasing toxic dust in the air that they would subsequently inhale and ingest. Longshoremen were also known as harbor workers or dock laborers and they would move cargo both manually and with the aid of machinery. The crates and pallets they had to load and unload were frequently covered with asbestos fibers from the ship or even from the cargo itself.

Exposure to asbestos was heavier below decks, as there was poor ventilation there, which only increased the number of toxic fibers longshoremen would breathe in and swallow. Longshoremen worked in harbors and commercial ports and one of their jobs was also to sort and distribute cargo for shipping and processing. They would synchronize their efforts with warehouses and other companies that assisted in the transportation of cargo. The following were the primary responsibilities of longshoremen during the last century:

In a study conducted in 1980, Dr. Irving Selikoff found that 86% of people who worked on a ship for at least 20 years ended up with a type of respiratory disease. If you worked as a longshoreman, either on commercial or military ships, and came to struggle with a disease as a result of occupational asbestos exposure, you are entitled to financial compensation, which our skilled legal team will help you recover.

Nowadays, the main source of compensation for workers injured by asbestos exposure is asbestos trust funds, which were set up by companies that filed for bankruptcy as a consequence of having to deal with too many lawsuits filed against them by former employees. If you are a veteran, you can also receive disability compensation from the VA, which our attorneys will also help you obtain. In November of 2020, Henry Pete, a 74-year-old man from Texas who worked as a longshoreman in the 1960s received $10.3 million as compensation for his diagnosis of mesothelioma.

What diseases can longshoremen develop as a consequence of asbestos exposure? 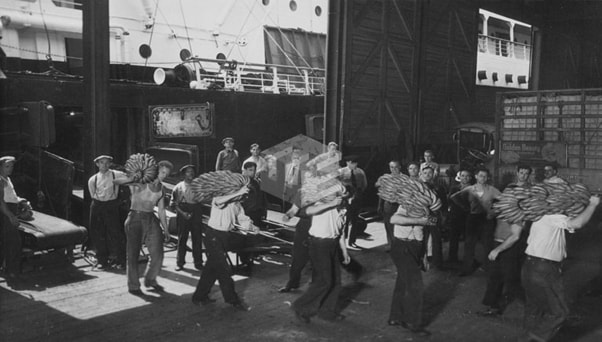 Asbestos exposure has a strong causal relation with cancer, particularly with malignant diseases that concern the respiratory system. While asbestos companies had been aware of the dangers of asbestos exposure ever since the early 1920s, they continued to use it for their own financial profit, as asbestos was widely available and very cheap to purchase.

Today, millions of people pay the price of the negligence and greed of asbestos companies. If you developed one of the following diseases, you will not need to come in person to our offices in Birmingham, Alabama to recover compensation, as you are immediately eligible:

Nevertheless, if you received one of the diagnoses below, you will need to travel to Birmingham, Alabama so that the medical specialists we collaborate with can examine your lungs for the presence of asbestos fibers. They will conduct tests and exams such as chest X-rays, pulmonary function tests, and blood tests. The purpose of these tests and exams is to find a connection between your current diagnosis and asbestos exposure as a longshoreman, as these diseases do not have a definitive causal relation with asbestos exposure.

When you have a diagnosis that has a definitive connection with asbestos exposure or, when you have one of the above diseases and asbestos fibers in your lungs, you become eligible for compensation, which our resourceful attorneys will help you recover from the liable companies. Our legal team will file a claim with each and every company responsible for your asbestos exposure, as well as with the VA to receive disability compensation if you are a veteran. While the legal process is quite complex and tedious, it will require minimal involvement on your part, as we are aware that victims of asbestos exposure are usually in a lot of pain. 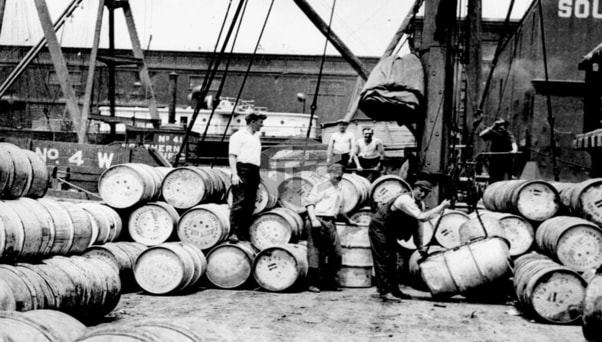 With over 25 years of experience in pursuing compensation on behalf of victims of toxic exposure, our legal team is always ready to provide you with quality legal assistance if you are a former longshoreman whose health was affected by asbestos exposure.

After you offer our legal experts details about the circumstances of your asbestos exposure, we will begin working on your claim by conducting extensive research to find additional evidence for your claim. The only documents we will need from you are your employment or military records and your medical records, which will also be used as proof to support your claim.

To recover the maximum compensation you are entitled to, your claim will be filed with each and every company that contributed to your asbestos exposure. Eventually, you will receive the money you deserve for your suffering, which will help you afford superior healthcare and treatment. Lastly, it is important to know that working with us is free of charge unless we recover compensation for you, as we operate on a contingency fee basis.