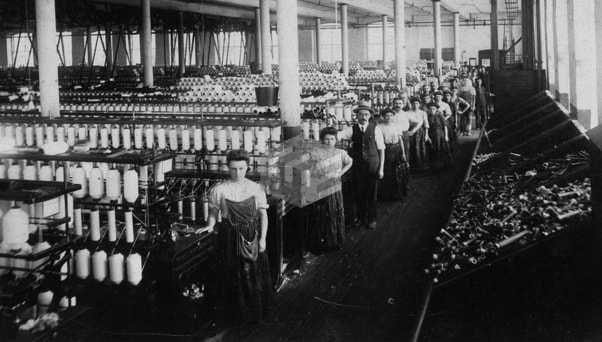 Between 1940 and 1980, numerous textile mill workers throughout the country were heavily exposed to asbestos, both from the machinery they had to operate and from the fabrics they manufactured. Today, former textile workers who developed a disease as a result of asbestos exposure are entitled to compensation from the liable companies.

During the last century, asbestos was used abundantly by the textile industry, as it had numerous convenient properties, such as resistance to fire and durability. Furthermore, it was also widely available and inexpensive to purchase. However, this put textile mill workers at high risk of exposure, since they would have to weave fibers of asbestos into fabrics, as well as operate machinery insulated with asbestos. The states where the majority of textile mill workers were exposed to asbestos on the job were Georgia, North Carolina, South Carolina, Alabama, Virginia, and California. Nowadays, if you are a former textile mill worker who came to struggle with a disease as a consequence of occupational asbestos exposure, you can recover the financial compensation you deserve from the responsible companies with the help of a specialized attorney.

How were textile mill workers exposed to asbestos? 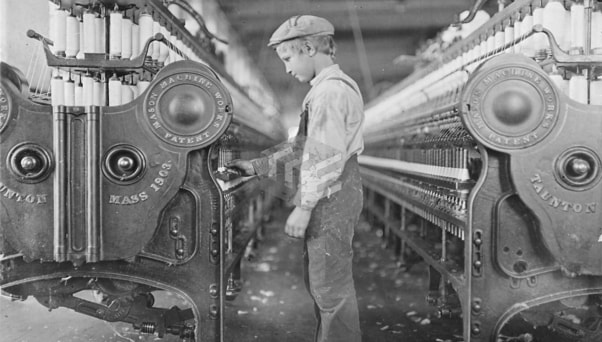 It would subsequently be pressed, woven, crocheted or knitted into the fabrics that were produced and processed by the manufacturer.

This was particularly dangerous for textile mill workers whose jobs were in companies that manufactured products resistant to fire, such as:

Because these fabrics were required to have excellent fire and heat resistance, asbestos was used in large amounts for their manufacturing. Nevertheless, textile mill workers came in contact with plenty of asbestos fibers by operating the machinery used to produce the fabrics, such as drying machines, boilers, and weaving machines. To make matters worse, the ventilation in textile mills was extremely poor, which only increased the extent of asbestos exposure among workers.

The process of converting asbestos into usable fabric would involve many different workers and locations throughout the textile mill. Asbestos was delivered to textile mills for storage and when workers would move it from storage, they usually mixed it with cotton. Afterward, it was plied, which entails the arrangement of asbestos and cotton in alternating layers on the floor. The next step required these layers to be fed to a picker machine. It was followed by carding, the placing of cotton and asbestos fibers in parallel rows. Subsequently, the asbestos cards were spun into yarn and wound around spools. Following carding, the material was spun into yarn and weaved, knitted or crocheted into partially or completely final products.

It is worthy of note that the heaviest asbestos exposure occurred during the weaving process, as threads were susceptible to rubbing together and thereby producing dust and lint, which released toxic fibers in the air the workers would breathe. Since asbestos was not deemed a dangerous material until the 1980s, textile mill workers were not provided with the protective equipment they needed on the job. Finally, the panels of the drying machines, as well as other machinery, were insulated with asbestos, which released carcinogenic fibers in the air when they were in use, further exposing workers to asbestos.

Which textile mill workers were at the highest risk of asbestos exposure? 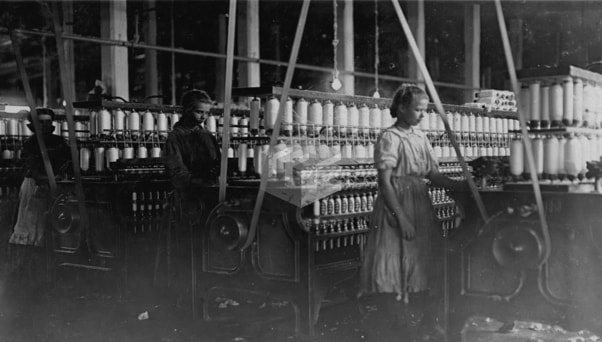 While everyone working in textile mills during the last century was exposed to asbestos to a certain extent, some people came in contact with larger amounts of this dangerous mineral, as this was the nature of their job.

Individuals who were in charge of preparing the raw materials were at the highest risk of asbestos exposure, as they would directly handle the toxic mineral.

These were the workers responsible for the following tasks, which involved plenty of asbestos:

Moreover, maintenance workers were also heavily exposed to asbestos, as they had to work on pipes, gaskets and insulation, all of which were products containing asbestos. It is important to note that the family members of textile mill workers were at great risk of secondary asbestos exposure since these people would often bring home toxic fibers on their clothing, as well as in their hair and on their skin. When greeting the textile mill worker, family members would inevitably inhale and ingest the asbestos fibers these people would carry in their houses.

What companies exposed textile mill workers to asbestos during the last century? 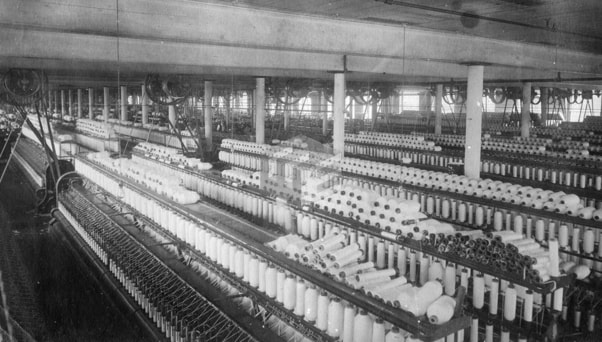 If you worked for one of these companies before asbestos was properly regulated in the United States and came to struggle with a disease as a result of occupational asbestos exposure, we strongly encourage you to contact our law firm, as we specialize in toxic exposure and our attorneys will be able to recover the maximum compensation for your diagnosis from the liable manufacturers. It is only with the assistance of a lawyer whose main area of practice is toxic exposure that you will recover the financial compensation you deserve for your injury, as filing a claim on your own will most likely not result in the outcome you are looking for.

What diseases can textile mill workers develop as a result of asbestos exposure?

Exposure to asbestos has a strong causal relation with numerous diseases, the majority of which affect the lungs. However, only certain diseases qualify you for seeking financial compensation from the responsible companies. A 2009 study published in the medical journal Occupational and Environmental Medicine found that textile mill workers were heavily exposed to chrysotile asbestos on the job in at least 4 locations in North Carolina, as well as that their risk of developing lung cancer or asbestosis was extremely high and increased with the frequency of exposure.

Furthermore, a study from 1998 examined the causes of death in people who had worked in a textile, friction, and packing plant. According to the results, 63 out of the 3,276 people who took part in the study lost their lives to lung cancer, 90 participants passed away from asbestosis and 18 individuals died of mesothelioma. Lastly, a 1930 survey found that 26% of the 363 textile mill workers who partook in it were eventually diagnosed with asbestosis. The following diseases qualify you for filing a personal injury claim with the liable company if you were a textile mill worker during the last century:

With over 25 years of experience in providing quality assistance to people injured by toxic exposure, our legal team is ready to help you if you were a textile mill worker before 1980 and developed one of the diseases above. Although the legal process is complex and tedious, it will require minimal involvement on your part, which will allow you to focus on your health and treatment, as we are aware that the majority of our clients are in great physical and emotional suffering.

Since 1990, we have been recovering financial compensation on behalf of victims of asbestos exposure and are bound to help you obtain the most favorable outcome for your case. With vast knowledge and relentless dedication, our legal team will file a personal injury claim with all the companies responsible for your diagnosis, which will result in the maximum compensation you are eligible for. Because solid evidence must accompany your claim, our legal experts will conduct extensive research to discover additional proof for your case, which will guarantee a great outcome. The only documents you will have to send your attorney are your employment and medical records, as the rest of the paperwork will be efficiently handled by our legal team. Eventually, you will receive the money you deserve for your suffering. For more information, please feel free to contact us and we will gladly answer your questions.