Asbestos-related occupational diseases among longshoremen and their legal implications 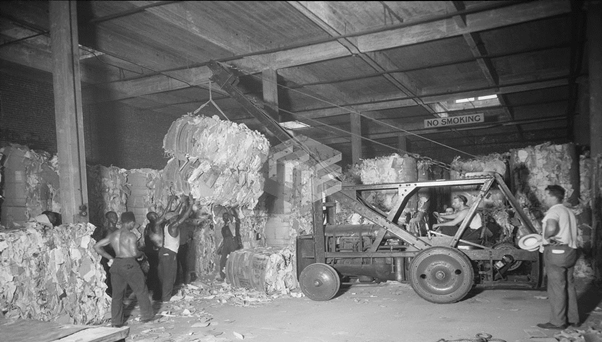 Asbestos use was widespread in the shipbuilding industry and at shipyards between the years, 1940 and 1980. This subjected people who worked aboard ships and at shipyards to high levels of asbestos exposure and the longshoremen are among them.

Asbestos was often used as insulation in steam and engine rooms as well as around pipes throughout the ships. The United States mined asbestos throughout the 20th century and large amounts of asbestos products were also getting imported from overseas without any precautions to safeguard the health of longshoremen. Longshoremen also called harbor workers or dock laborers were responsible to load and unload docked ships. They often loaded bundles of asbestos fibers before the 1980s. As they were unaware of the hazards of asbestos, people who worked as longshoremen did not take protective measures and consequently are at a greater risk of developing mesothelioma, asbestosis, lung cancer, and other asbestos-related diseases as a result of their long-term occupational exposure to carcinogenic asbestos.

Regular duties of longshoremen at their job site 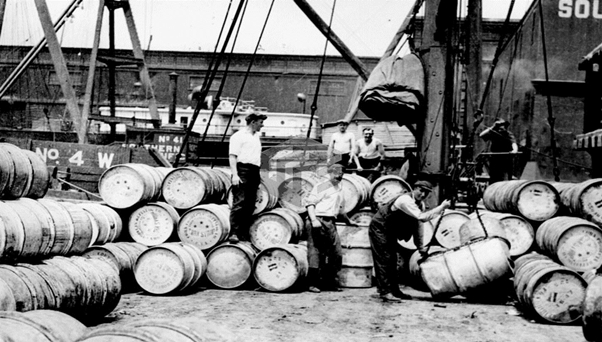 Longshoremen work at harbors and commercial ports where they load and unload cargo to and from the ships. In the past century, before the 1980s, longshoremen regularly came in contact with asbestos-containing materials and even raw asbestos fibers while loading and unloading the ships. Those who lived and worked below the deck, which is often a cramped space with poor ventilation, were exposed to dangerous amounts of asbestos.

A careful study of a longshoreman's work history shows how they were exposed to asbestos at loading docks and shipyards. Here is a list of common duties of longshoremen were responsible for:

As longshoremen moved cargo into ships and had access to almost every part of the ships, they are likely to have been exposed to asbestos found in these products:

Longshoremen, unfortunately, got exposed to both asbestos-containing goods as well those materials with asbestos aboard the ships as they performed their daily work, and this increased their likelihood of inhaling asbestos. 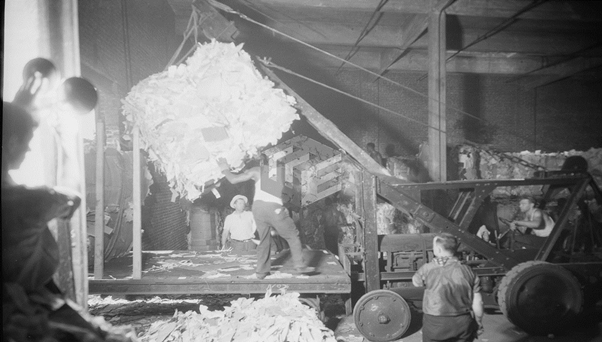 Due to the abundance of airborne asbestos dust in their work environment, longshoremen would have definitely inhaled or ingested asbestos fibers while on their duty in the past and currently, these workers would have developed symptoms of serious diseases such as asbestosis, lung cancer, mesothelioma, and other cancers.

A study conducted in 1980 by Dr. Irving Selikoff revealed that almost 86% of people who worked for 20 years on a ship developed respiratory diseases. Asbestosis is the most common lung disease seen in longshoremen. Once the asbestos fibers enter the lungs or other tissues, the fibers remain there and cause inflammation and scarring of the tissues leading to cancerous changes in the cells. After about 10-50 years from the initial exposure, the symptoms start manifesting and this means that longshoremen who worked around asbestos in the past decades are likely to be diagnosed or are inevitably at a higher risk of developing asbestos-related diseases.

Longshoremen who develop the following benign conditions are eligible to file an asbestos claim if they travel to Birmingham, AL to our medical facility and asbestos fibers are detected in their lungs during the free asbestos screening they undergo there:

Longshoremen who have been diagnosed with the following cancerous conditions that are linked to their workplace asbestos exposure have immediate eligibility to file a claim: 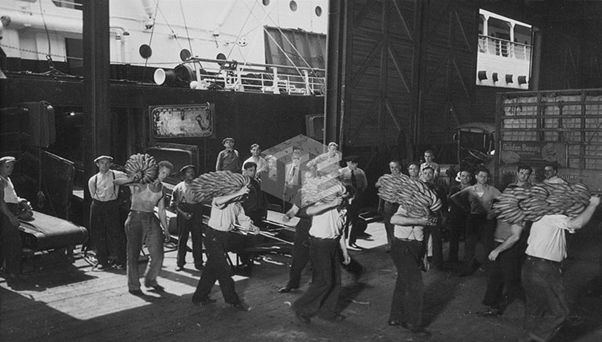 If you or your loved one worked as a longshoreman before the 1980s and have been diagnosed with any of the asbestos-related diseases, it is important to talk to an experienced asbestos attorney as early as possible. You can learn about your legal rights as well as your options.

If you believe that you have been exposed to asbestos on your job as a longshoreman in the past, do get in touch with our team of lawyers. We will evaluate your case and help you file a claim with the appropriate asbestos trust funds and receive the maximum amount of compensation you deserve.