The negative effects of heavy metals on the developing brain 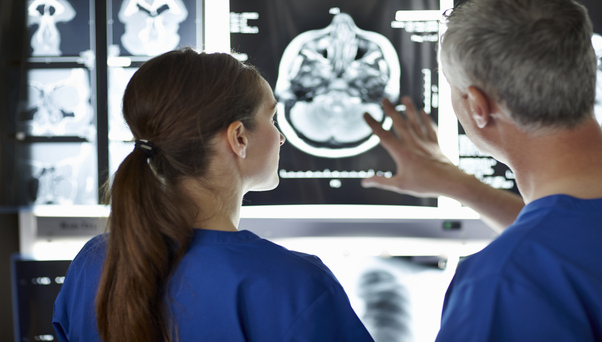 Heavy metals such as arsenic, cadmium, lead, and mercury can wreak havoc on the developing brain of children if they are present in their blood in high concentrations. This is because they are neurotoxic. Unsettlingly, most baby food on the market contains at least one dangerous heavy metal.

While there are many sources of heavy metals in the environment, children are preponderantly exposed to these neurotoxins from the very food they eat during their first three years of life. A congressional report from 2021 found multiple popular baby food manufacturers to allow a tremendous content of heavy metals in their products, among which there are Beech-Nut, Hain Celestial Food, and Gerber.

By ingesting mostly toxic baby food during their infanthood and toddlerhood, children are bound to end up with high concentrations of arsenic, cadmium, lead, and mercury in their blood. Eventually, the presence of dangerous levels of heavy metals in their bodies may lead to autism spectrum disorders such as childhood disintegrative disorder, Asperger's syndrome, pervasive developmental disorder, and Kanner's syndrome.

The heavy metals lurking in baby food are neurotoxins, substances that are destructive to nervous tissue. Since nervous tissue is found in the brain, heavy metals will directly target it when they exist in dangerous concentrations in the blood. During their circulation in the body, arsenic, cadmium, lead, and mercury pass through the nerve capillaries and subsequently settle down in the brain (source: Pakistan Journal of Pharmaceutical Sciences). They can also cross the blood-brain barrier, whose purpose is to regulate the entry of circulating substances, and retain themselves in it. The presence of heavy metals in the brain will disrupt its normal development, which significantly increases children's risk of coming to struggle with autism spectrum disorders.

Excessive heavy metal accumulation in the brain can be very toxic, inducing oxidative stress, disrupting mitochondrial function, and impairing the activity of various enzymes. The damage caused by these neurotoxins to the brain may result in irreversible health problems, including severe neurological disorders. Even essential heavy metals such as zinc, iron, manganese, and copper may become neurotoxic if they exist in too high a concentration in the body. In addition to autism spectrum disorders, the presence of high levels of arsenic, cadmium, lead, and mercury in the brain can also trigger neurodegenerative disorders such as:

When it comes to cadmium, frequent exposure to this heavy metal can severely interfere with the normal function of the nervous system, and infants and toddlers are more susceptible than adults to experience this. Moreover, at the cellular level, cadmium can also induce oxidative stress, as well as suppress gene expression and inhibit DNA damage repair.

Lead exposure can result in oxidative stress, too, if it exists in high concentrations in the blood and brain of children. The hippocampus is the main region of lead accumulation, although this heavy metal can also accumulate in several other brain regions. In children, lead exposure can result in decreased intellectual ability. It can also cause deficits in the following, all of which are hallmarks of autism spectrum disorders (source: BioMed Research International)

Finally, when there is excessive mercury in a child's body, the greatest amounts are usually found in the occipital lobe, cerebellum, and basal ganglia, which are brain areas responsible for vision and movement. At the cellular level, mercury is known to impact a variety of neuronal activities, such as dopamine metabolism, neural stem cell differentiation, increased calcium influx, DNA damage, and mitochondrial dysfunction. It is worthy of note that fish and seafood consumption is one of the primary forms of mercury exposure for humans.

For over two decades, our attorneys and legal team have been striving to offer superior legal assistance to victims of toxic exposure and their family members. If you fed your child mostly toxic baby food and they developed a form of autism, you are most likely eligible to file a claim with the responsible manufacturers, so we encourage you to get in touch with us. You will need to provide our attorneys with evidence of having given your child toxic baby food for a prolonged time and proof of their diagnosis.

After we receive all the required information and documents from you, you can go on with your life as usual and focus on caring for your child, as we are aware that children on the spectrum often need special attention. We will file a claim with the liable baby food companies, which is bound to result in the maximum financial compensation you are entitled to. Lastly, it is important to know that we work on a contingency fee basis, which means that you will not have to pay us anything unless we obtain money for you and your child.