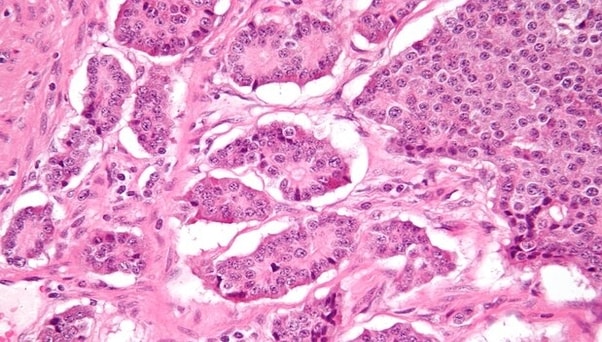 What are neuroendocrine tumors?

Occurring in the cells of the endocrine or nervous system, neuroendocrine tumors are neoplasms, abnormal growths of tissue which most commonly develop on organs such as the small intestine, the lungs, the appendix, the rectum and the pancreas. However, they can occur on any part of the body, since the endocrine and nervous systems extend throughout the entire human body. There are multiple types of neuroendocrine tumors, some of the most frequently diagnosed being:

While the symptoms of neuroendocrine tumors vary greatly, depending on their location and on whether they are benign or malignant, some of the most common signs include the following:

Neuroendocrine tumors by location in the body

As previously mentioned, neuroendocrine tumors can develop on any organ, as the endocrine and nervous systems exist throughout the entire body. Nevertheless, they are more common in certain organs and areas of the body. The following are the most frequently affected organs by neuroendocrine tumors.

Asbestos exposure, which occurs when a person inhales or ingests asbestos fibers from the air, can lead to the development of a neuroendocrine tumor in the lungs or in the gastrointestinal tract. In a study published in the medical journal Annals of Occupational Hygiene in 2014, asbestos fibers were found in 25% of people with pulmonary carcinoid tumors. A small percentage of lung cancers are neuroendocrine tumors. Nonetheless, they are likely to occur in people with a history of occupational or military asbestos exposure, since the amount of asbestos fibers in their body is often large. Because asbestos fibers can travel through the bloodstream following inhalation or ingestion, they can easily reach the lungs or one of the organs within the gastrointestinal tract. There, they will gradually cause inflammation and tissue scarring which can, in turn, lead to the occurrence of a neuroendocrine tumor. It is important to note that it may take between 20 and 50 years for a neuroendocrine tumor to develop in individuals who were exposed to asbestos.

In people with a history of asbestos exposure, a neuroendocrine tumor can develop on the following organs:

People with neuroendocrine tumors may be eligible for compensation

In the unfortunate case you receive a diagnosis of gastrointestinal or pulmonary neuroendocrine tumor and have a history of occupational or military asbestos exposure, please contact our law firm for a free of charge case review, as you may be entitled for compensation. If asbestos fibers are found in the neuroendocrine tumor, you immediately qualify for compensation from asbestos trust funds and, if you are a veteran, from the VA as well.

With 30 years of experience in pursuing financial compensation for asbestos victims, our attorneys will promptly file a claim on your behalf so that you can recover the money you deserve for your physical and emotional distress. However, it is important to know that asbestos exposure cases have a statute of limitations of 3 years in most states, which should make taking legal action a priority for you. Thereby, seeking legal assistance as soon as you receive your diagnosis is crucial in obtaining the compensation you are entitled to.