Zantac and its generic ranitidine tested positive for NDMA, a chemical linked to uterine cancer 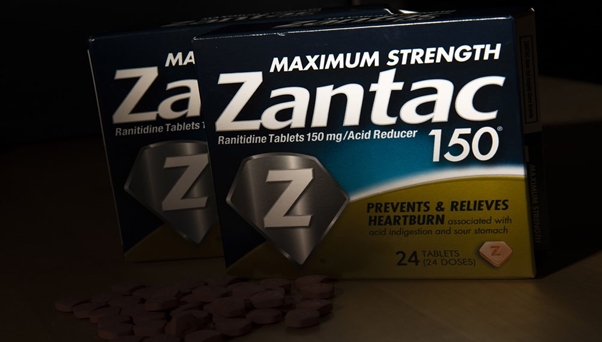 N-nitrosodimethylamine (NDMA) has been found to induce tumors in rats and other lab animals and associated with an increased risk of several cancers in humans. The primary cancers linked to patients who took NDMA-contaminated ranitidine drugs are colorectal and uterine cancer.

N-nitrosodimethylamine is an organic chemical - a naturally occurring waste product of certain types of industrial and natural processes. NDMA produces significantly increased incidences of tumors in either species.

The FDA has issued a Zantac recall and asked manufacturers to stop selling the heartburn drug Zantac and its generics, after concluding that a potentially cancer-causing contaminant can build up in the drug under certain conditions. The cancer-causing agent detected in Zantac may result in the development of many types of cancer including uterine cancer.

A proven connection between NDMA and the development of cancer

Ranitidine sold under the trade name Zantac among others, is a common prescription and over-the-counter drug used in the treatment of stomach and duodenal ulcers, heartburn, esophagitis, and Zollinger-Ellison syndrome. Over the past few months, multiple pharmaceutical suppliers have recalled batches of the drug to possible contamination by a potential carcinogen. New information has come to light about the potential risk that patients might face if they took the contaminated ranitidine products for any length of time, including an elevated risk for developing uterine cancer.

Exposure to high amounts of NDMA is thought to cause cancer, according to national and international reports:

NDMA from ranitidine medications and its connection to uterine cancer

Uterine cancer is the growth of abnormal cells in the lining of the uterus - the hollow, pear-shaped pelvic organ where fetal development occurs. Uterine cancer can be of two types:

Several factors may increase the risk of endometrial cancer including obesity, and changes in the balance of female hormones in the body. Many of the factors that increase the risk of endometrial cancer affect the balance between estrogen and progesterone - two main female hormones. Progesterone plays an emerging role as a critical regulator of breast and gynecological cancers. 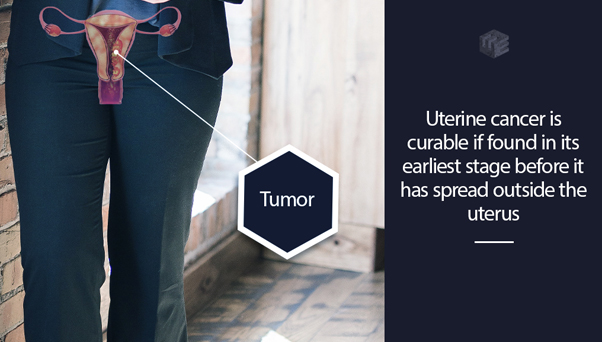 Uterine cancer is curable if found in its earliest stage before it has spread outside the uterus.

If a woman has symptoms that suggest uterine cancer, a doctor may conduct a pelvic ultrasound, blood, and urine tests, in addition to checking signs of her general health.

Some of the most frequent symptoms of uterine cancer include:

A host of other pelvic and reproductive conditions can produce some of the same symptoms as uterine cancer. Generally, conditions that mimic endometrial cancer are those that present with abnormal vaginal bleeding such as uterine polyps, polycystic ovarian syndrome, arteriovenous malformations, endometritis, uterine fibroids, and pelvic inflammatory disease.

Uterine cancer is treated with surgery with the possibility of radiation therapy pre and/or postoperatively. A hysterectomy with additional removal of both ovaries is standard for most uterus cancers.

If you are taking medication to treat heartburn and other symptoms caused by too much acid in the stomach, cautiously read the product labeling to see if it contains ranitidine. If you are taking ranitidine, stop taking this medicine and call your primary care physician promptly.

Have you or a loved one been diagnosed with uterine cancer after taking Zantac?

If you or a loved one has been diagnosed with uterine cancer after at least one year of regular ranitidine use, please contact us for more information regarding your potential case. You may be eligible for financial compensation to pay for your medical bills and other losses and we are committed to seeking the maximum possible compensation for you.