Stone sheaths needed to be cut for size and as the workers sawed them, asbestos particles were released in their proximity. By doing this, working men and women risked inhaling millions of poisonous particles that would affect their health in later years. 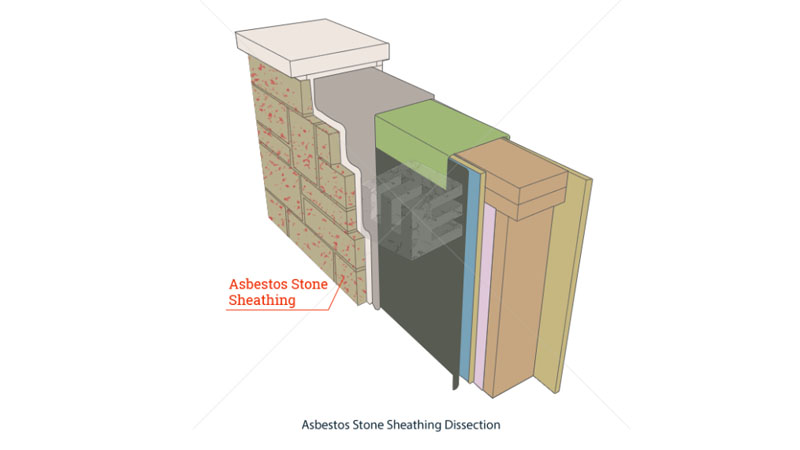 During the 20th century, artificial substances started being used for this form of decorative covering as they were reducing the costs and the weight of this product. Asbestos was used instead of stone as it was already a mineral with similar properties like durability and strength.

As it was installed, it was common for stone sheathing to be cut for fit. By doing this to asbestos containing stone sheathing, poisonous fibers of asbestos were being spread around the workers that interacted with it. You could have been exposed if:

Companies liable for manufacturing or use of asbestos stone sheathing

Every time you worked with stone sheathing that contained in its composition asbestos fibers, you were exposed to the dangers of inhaling particles of asbestos. Get in contact with us in order to receive all the information regarding the possible reparations you are entitled to.