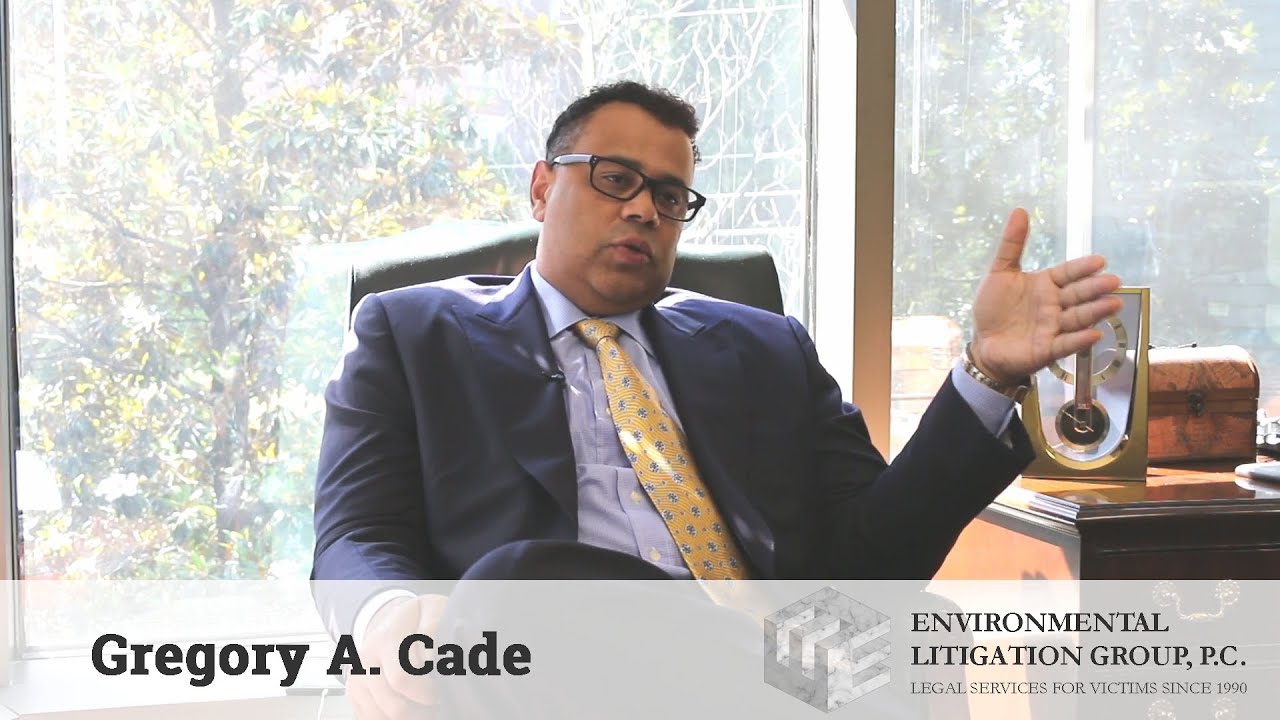 Many toxic exposure victims, including veterans, are reluctant to seek financial compensation for lung cancer because they believe their disease is the result of their habit. Still, this is often a wrong approach. While tobacco use can significantly worsen lung cancer, it is not always the main cause of the disease in people who regularly came in contact with hazardous agents in the workplace or in the military, such as industrial solvents, asbestos, coke oven emissions, dioxins, PCBs, or heavy metals. For instance, smokers exposed to asbestos are 50 times more likely to develop lung cancer. However, this does not mean that their disease was caused by smoking. If asbestos fibers, along with inflammation and tissue scarring, are found in their lung tissue, chances are asbestos is the culprit. So, if you are a smoker with a history of toxic exposure, we strongly encourage you to get in touch with our attorneys, who will help you determine whether you are entitled to financial compensation.

Nowadays, it is no secret that tobacco smoke is highly carcinogenic, being the primary cause of lung cancer. The disease is currently the leading cause of cancer death worldwide. Asbestos, a naturally occurring mineral, is also a human carcinogen whose inhalation can lead to a wide range of harrowing diseases, including lung cancer. Every year, approximately 6,000 people lose their lives to lung cancer stemming exclusively from occupational asbestos exposure.  Nevertheless, the number of individuals who die of a combination of factors is significantly higher.

While both cigarette smoking and asbestos exposure are very dangerous, each of these factors causes a distinct type of lung cancer. Due to their microscopic size and rough texture, asbestos fibers cannot be expelled from the human body. Thereby, once asbestos fibers reach the lungs, they will remain there for decades, slowly producing irritation and scarring of the tissue. By contrast, tobacco smoke has a different structure on a molecular level and, while nicotine and other chemical particles will infiltrate your bloodstream after you smoke a cigarette, they will not attach themselves to any of your organs, as they are incomparably smaller. Your body eliminates nicotine within 1 to 10 days, depending on how heavy of a smoker you are.

Considering how dissimilar asbestos and tobacco are, it is only natural that each of these awful carcinogens will lead to lung cancer in a different manner. Thus, asbestos exposure will generally cause lung cancer within 15 to 35 years from the first inhalation of toxic fibers, whereas smoking will take a considerably longer time to trigger the disease – roughly 55 years from the moment you put the first cigarette in your mouth. When both factors are applicable to a person, their risk of developing lung cancer increases by 50 to 90 times, as the presence of a large number of asbestos fibers in the lungs entails a greater hazard than tobacco smoking. On the other hand, the risk of mesothelioma is not influenced by smoking.

Can I still file a claim if I am a smoker with a history of asbestos exposure and lung cancer?

The answer is definitely yes. As numerous medical studies have proven, when both heavy asbestos exposure and tobacco smoking are present as risk factors, the person is still entitled to financial compensation from the asbestos trust fund of their former employer, as the fibers are the primary culprit behind their diagnosis. Before filing a claim for compensation, you will need evidence of your occupational asbestos exposure, which you can easily obtain by undergoing a chest X-ray. This simple test will reveal the number of harmful fibers in your lungs and will also help specialists determine the extent of the damage asbestos exposure has caused to your lungs up to that point. Nonetheless, if you already have a lung cancer diagnosis, chances are you have at least one chest X-ray. For a second opinion, do not hesitate to ask our experts to evaluate your most recent chest X-ray, as they offer free screenings to former asbestos workers, who travel to our Birmingham office.

When you have a formal diagnosis, our lawyers, who have been specializing in asbestos cases since 1990, will gladly assess your situation and present you with the optimal approach. Because numerous of us have or have had someone in our families whose health was severely affected by workplace asbestos exposure, we are painfully aware of how terrible struggling with such a disease is, so we will strive to attend to the most complex and time-consuming aspects of the legal process on your behalf. This way, you will be able to continue taking care of yourself, spending time with your family, and focusing on your treatment. We will file a claim with one or multiple asbestos trust funds for you, which will subsequently pay out the financial compensation you deserve for your physical and emotional distress. By letting our team deal with the legal process, you can rest assured we will obtain the maximum sum of money you are eligible for.

Over 900,000 veterans face a high risk of developing lung cancer 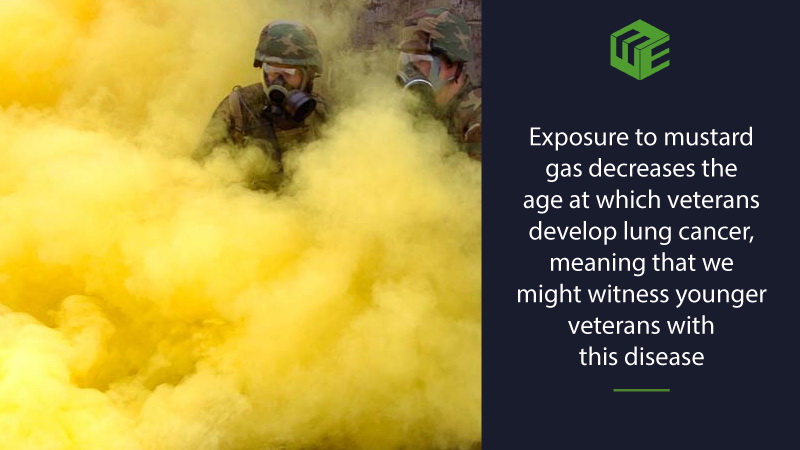 Veterans, particularly those who served during the last century, are more likely to develop lung cancer. Every year, 7,700 veterans in the U.S. receive a lung cancer diagnosis.

Lung cancer is one of the most common diseases among veterans, along with colorectal and prostate cancer. It is worthy of note that veterans are twice as likely to smoke than civilians, which might also contribute to their lung cancer risk.

Even so, in many cases, their lung cancer is the consequence of toxic exposure and not tobacco use. The vast majority of military bases nationwide, including the infamous Camp Lejeune, have been heavily contaminated with industrial solvents such as:

Exposure to these dangerous agents via inhalation has a strong association with lung cancer, and it was a usual occurrence in the past, as solvents would be used to clean up weapons and equipment on numerous military bases. A study from the medical journal Occupational and Environmental Medicine found that exposure to benzene, xylene, and toluene had a significant connection to lung cancer. Another solvent with a known association with lung cancer is vinyl chloride. It is important to note that this solvent is also present in tobacco smoke.

Heavy metals such as arsenic, cadmium, lead, and mercury were also present on military bases during the last century, which led to toxic exposure among millions of service members. While researchers know little about their carcinogenic potential to play a role in lung tumorigenesis and prognosis, a study from the European Respiratory Journal found that the cadmium content in lung cancer patients was considerably higher than in people with other malignancies and those with no cancer. What might pose a challenge to medical specialists when diagnosing veterans exposed to heavy metals is that a lot of these substances also lurk in cigarettes, such as:

Nonetheless, people who served in the military were rarely exposed to just one toxic agent on military bases, as they were usually assigned multiple tasks. During the Vietnam War, a chemical herbicide and defoliant known as Agent Orange was used in tremendous amounts, which also led to toxic exposure among service members. It is also associated with a high lung cancer risk. Because service members would not be provided with protective equipment such as respirators when preparing Agent Orange, they would inevitably inhale it, unknowingly increasing their lung cancer risk. Dioxins, which are present in this herbicide, can cause damage to the lungs if exposure is frequent.

Mustard gas, a chemical warfare agent, is a known carcinogen, exposure to which can also result in lung cancer. It was used during World War II by both sides of the conflict. According to a study from the American Journal of Epidemiology, mustard gas decreased the age at which people were at risk of developing lung cancer, meaning that veterans who were exposed to it are more likely to develop the disease earlier. Finally, burn pits, areas of a military base where waste is disposed of by burning, also pose a high lung cancer risk. Burning solid wastes in open pits generates numerous pollutants. They release the following toxic chemicals, which can cause lung cancer:

If you are a veteran who is a former or current smoker and struggle with lung cancer, you should contact our law firm, as you might be eligible to file a toxic exposure claim. Keep in mind that there are numerous hazardous agents you might have been exposed to on military bases without even being aware of while on active duty, including asbestos, so seeking legal assistance is definitely worth it. Our skilled attorneys will thoroughly review your case to find out whether you are entitled to financial compensation. The legal process is simple and fast, requiring only a few documents, as we know how overwhelming suffering from cancer can be. Once we deem you eligible, your involvement will be minimal, as our resourceful legal team will gladly take care of the most complex aspects of the process for you. If you are unsure about whether your lung cancer is the consequence of smoking or toxic exposure, rest assured that we will find the cause of your disease. 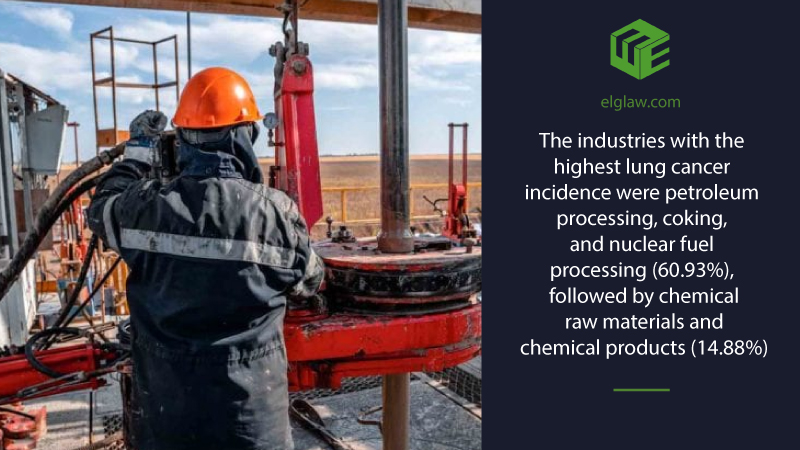 Coke oven emissions contain a complex, toxic mixture of dust, vapors, and gases that include carcinogens such as arsenic and cadmium. Still, coke oven emissions also release the following chemicals that are linked to lung cancer:

If you are a smoker exposed to coke oven emission on the job, we encourage you to get in touch with our legal team, as you might be eligible to file a toxic exposure claim with your employer. While cigarette smoke and coke oven emissions contain very similar compounds that can induce lung cancer, a medical expert can thoroughly examine you and determine what the main cause of your disease is. Regardless of how much you smoke or whether you are a former or current smoker, taking legal action is a very good idea, as this is the only way you can find out if you are entitled to financial compensation. We are well aware of how expensive lung cancer treatment is, so the money you might qualify for will prove to be of tremendous help.

If you are a smoker who struggles with lung cancer as a result of toxic exposure that occurred in the workplace or in the military, we advise you to file a claim. Our law firm has been successfully handling toxic exposure cases for over 30 years and we are confident we can recover the compensation you deserve for your lung cancer if you are eligible. Therefore, you should contact one of our attorneys, who will efficiently help you navigate the legal process and hold the wrongdoer liable.

The only documents you need to provide your attorney with are your employment or military records, which you must retrieve, and your medical records. Not only will the money you might receive hold the culprits accountable, but it can also help you afford better treatment and healthcare.  We operate on a 40% contingency fee. This means we only collect the fee once we successfully recover compensation for you. If we are not able to collect it, you will not have to pay anything out of pocket.