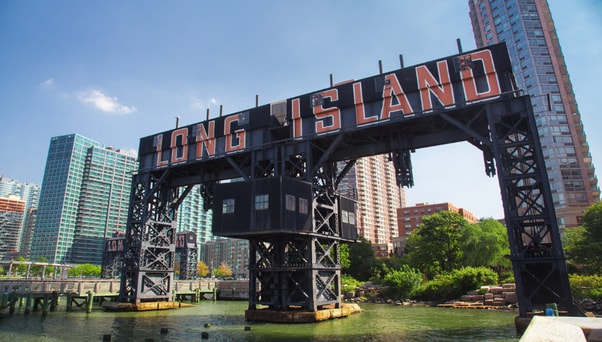 Asbestos manufacturer Dana Companies LLC was found to be primarily responsible for Marlena Robaey's illness, being thereby required to pay out 40% of the damages.

On January 20, 2017, couple Marlena and Edward Robaey of Long Island was granted $75 million in the largest single asbestos verdict in the history of New York. After assisting her husband with repairing asbestos-containing automotive components for over 20 years, Mrs. Robaey was diagnosed with peritoneal mesothelioma in November 2012. During the trial, the plaintiffs recounted how every time they were working on worn gaskets, clouds of asbestos dust would be released in the air. However, since there were no warning labels on the products Mr. and Mrs. Robaey were handling, neither of them was aware of the health hazard asbestos exposure entailed.

Mr. and Mrs. Robaey Were Exposed to Asbestos while Working on Automobile Components

The automotive industry is notorious for having employed asbestos in the manufacturing of brake linings, gaskets, valves, clutch linings, as well as hundreds of other car components, for the better part of the last century. Since it has remarkable insulating and heat transfer prevention properties, asbestos was understandably a very convenient material within the industry. Nevertheless, asbestos is highly carcinogenic and despite having knowledge of this issue, numerous automotive manufacturers chose to continue using it until stricter regulations came into effect.

As a maintenance mechanic, car enthusiast, and drag racer, Edward Robaey would often repair engines and other automobile components with the help of his wife, during which they were unknowingly inhaling and ingesting enormous amounts of toxic fibers. He would overhaul engines every two or three weeks and "could see visible dust emanating from the worn gaskets being removed from the engines during the scraping process". The couple began regularly working on race cars in the early 1970s, which went on for approximately 20 years. Additionally, Marlena Robaey underwent secondary asbestos exposure by laundering her husband's asbestos-laden work clothes two or three times a week and also by sweeping the garage floor after the overhaul work.

In November 2012, at the age 64, Mrs. Robaey was diagnosed with peritoneal mesothelioma - a rare form of cancer which develops on the peritoneum, the lining of the abdomen - as a consequence of frequent asbestos exposure. Over the 40 years which elapsed between her exposure to asbestos and the onset of the disease, Marlena Robaey has not experienced any alarming symptoms. This is absolutely normal when it comes to illnesses caused by asbestos exposure, as they have a latency period of up to five decades. Not only is peritoneal mesothelioma a rare form of cancer, with approximately 500 new cases occurring in the U.S. every year, but it also has a very aggressive progress. Most people suffering from this terrible disease survive for only 12 months.

After receiving the devastating diagnosis, Marlena Robaey underwent numerous surgical procedures, including an exploratory laparotomy, an omentectomy to have the portion of peritoneum covering the intestines and the abdominal organs removed, as well as a hysterectomy. In April 2016, she also developed pleural mesothelioma, as cancer had spread to the chest cavity. Soon after testifying at trial in December, Mrs. Robaey began receiving hospice care for her illness.

The lawsuit was filed against multiple asbestos automotive components manufacturers, out of which four were found liable for Mrs. Robaey's injury:

The asbestos-containing Victor engine gasket, one of the automobile components the couple would often work on, was manufactured by Dana Companies LLC in Texas. In order to prove the causal relationship between asbestos exposure and Marlena Robaey's diagnosis of peritoneal mesothelioma, several experts - including epidemiologists, pulmonologists, and industrial hygienists - testified for the family.

Nonetheless, defendant Fel Pro argued that their gaskets could not have been a legitimate cause of Mrs. Robaey's illness, also stating that there was not sufficient evidence to support their prior knowledge of the harmful health effects of asbestos exposure from automobile components. Similarly, Dana Companies LLC and Fel Pro argued that the chrysotile asbestos in their products cannot cause peritoneal mesothelioma and that even if that was the case, the plaintiff had not been exposed to asbestos for a long enough period of time so as to develop the disease.

Mr. and Mrs. Robaey were eventually awarded $75 million, which is currently the largest asbestos verdict in New York history. While $40 million were meant as compensation for her past pain and suffering, the other $10 million Marlena Robaey received following the lawsuit were intended to cover-up her future distress. As for the outstanding $25 million, it went to the victim's husband for the loss of care and support of his wife, as well as for future loss of consortium.

Asbestos manufacturer Dana Companies LLC was found to be primarily responsible for Marlena Robaey's illness, being thereby required to pay out 40% of the damages. According to the jury, the company "acted with reckless disregard for the safety of others". The other three defendants were deemed liable to the following extents: Fel Pro - 30%, Crane Company - 20%, and Cleaver Brooks - 10%.

Are You Suffering from a Disease as a Result of Occupational Asbestos Exposure in New York?

New York residents who were exposed to asbestos in the workplace are at high risk of developing a serious illness such as lung cancer or mesothelioma. It is crucial to know that asbestos victims are eligible for financial compensation. If you or a family member is struggling with a disease stemming from occupational asbestos exposure, our highly competent attorneys can provide you with quality legal assistance. With over 25 years of experience in asbestos litigation, we can efficiently help you recover the compensation you deserve from asbestos trust funds while you can continue focusing on your health.