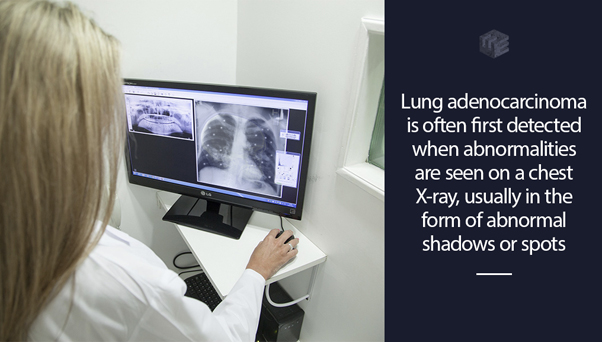 Inhalation of asbestos fibers is considered a significant risk factor in the development of lung adenocarcinoma. Pulmonary adenocarcinoma is often first detected when abnormalities are seen on a chest X-ray, usually in the form of abnormal shadows or spots.

The risk of developing adenocarcinoma is extremely high among those with a history of asbestos exposure. According to the Agency for Toxic Substance and Disease Registry, an estimated 27 million Americans had direct asbestos exposure in their occupational settings prior to 1980. Because of the long latency periods (range 10 to 40 years), workers exposed to asbestos in the 1980s are just now being diagnosed.

Considered a "miracle mineral", asbestos has been utilized in dozens of industries and occupations over time. Because of its incombustibility, low thermal conductivity, tensile strength, and high resistance to heat and chemical damage, it was utilized in industries like automotive, construction, and similar fields as an effective insulator.

When microscopic fibers are inhaled, they can get trapped in the lung where they can cause irritation, inflammation, and scarring. Over time the scar tissue can mutate and form malignant cells that form adenocarcinoma tumors.

Some of the more generalized symptoms such as fatigue, chest pain, or poor appetite and weight loss may be attributed to other causes.

Lack of screening tests or poor accuracy greatly, impact the ability to diagnose adenocarcinoma at an early stage when it's more treatable. The use of screening tests to detect lung adenocarcinoma early provides better opportunities for patients to obtain more effective and efficient treatment. If you have a history of exposure to asbestos and you are experiencing increasing shortness of breath or persistent cough, you should contact your primary care doctor; she/he will refer you to a pulmonary specialist. Pulmonary adenocarcinoma is often first detected when abnormalities are seen on a chest X-ray, usually in the form of abnormal shadows or spots.

Here we show features of the chest radiograph of a patient diagnosed with lung adenocarcinoma:

Diagnostic codes used to indicate a diagnosis of lung carcinoma

ICD-10 code is a diagnostic code used to describe a patient's disease or medical condition. International Classification of Diseases codes (IDC) - are assigned for every disease, and found on patient paperwork, including hospital records, medical charts, and bills. For example, if you have a type of lung cancer, your ICD code will typically follow your medical records.

The following codes contain annotation references that are applicable to malignant lung neoplasms:

Should patients with adenocarcinoma read their clinical notes?

Patients have the right to access their entire medical record, and certainly, they should benefit from easy access to X-ray results, lab test results, and other medical data. Clinician notes are the most important information in patients' medical records, reminding doctors and other members of the healthcare team about the patient's condition and plan for treatment.

Along with work history, medical records are key elements in being able to support an asbestos claim and to recover the financial compensation needed for the costs of treatment, travel, pain, and suffering, and other expenses associated with a diagnosis from asbestos exposure.

Adenocarcinoma forms in mucus-secreting glands throughout the body, not only the lungs. Organ sites frequently affected by adenocarcinomas include:

An asbestos screening is a medical evaluation for workers who have been exposed to asbestos in the past. Each screening involves a physical examination including a review of the individual's medical history and work history concerning exposure to asbestos. It also includes a chest X-ray which may detect signs of asbestos exposure affecting the lungs.

Asbestos has long been known as a human carcinogen. The risk of developing cancer from asbestos is related to both the amount of exposure and the timespan since exposure. Any potential link between asbestos and colorectal/bronchial/esophageal/throat/gastrointestinal cancer could result in eligibility for compensation through an asbestos exposure claim.

At Environmental Litigation Group, P.C. we have the knowledge and experience to evaluate your case and find the best course of action 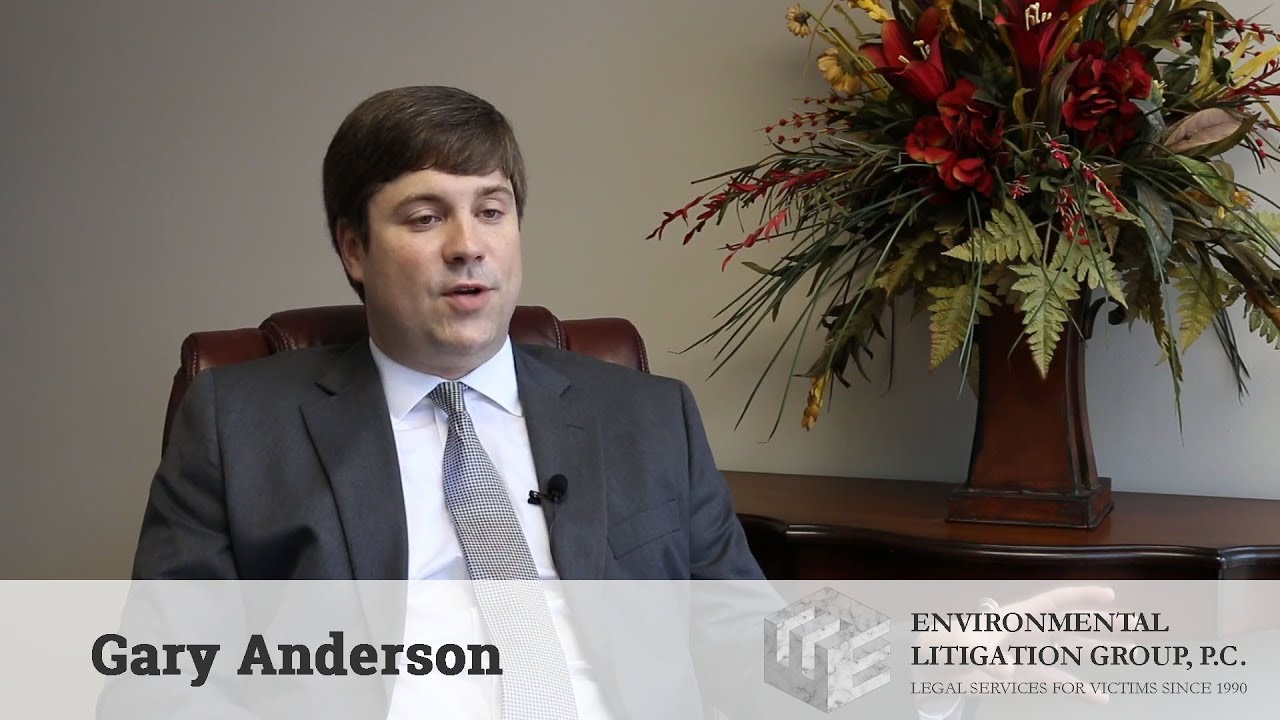 Filing an asbestos claim cannot take away the pain and suffering caused by cancer, but at least it can help alleviate the financial burden incurred by the costs of treatment.

Contact our firm today to learn about your chances of securing recovery with the help of dedicated attorneys specializing in asbestos cases who can navigate the complex process.

We can investigate your recent cancer diagnosis, work history, and try to draw a line between your disease and asbestos exposure.

With a lung/colorectal/gastrointestinal/esophageal/throat cancer diagnosis you have immediate eligibility and our attorneys will prioritize your case for expedited processing if your employment history involves working with or around significant amounts of asbestos.