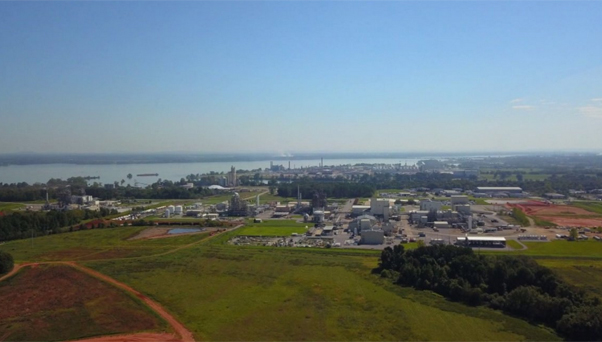 Eight Alabama water systems contain cancer-causing chemicals, according to the EPA and the Alabama Department of Public Health. 3M Decatur acknowledges its role in releasing PFAS chemicals into the waterway, which supplies drinking water to millions of people.

In 2009, the EPA asked the Agency for Toxic Substances and Disease Registry to investigate if people who live near Decatur, Alabama, downstream of PFAS factories have been exposed to PFAS, as these facilities used to discharge PFAS into the air, water, and soil. In the following year, ATSDR conducted follow-up blood and urine testing and found above-average levels of PFAS in the residents' bodies.

Alabama has the fourth-highest level of PFAS in drinking water

Drinking water from 13 states accounted for 75 percent of the PFAS detections with Alabama having the fourth-highest concentration of the chemicals in its water supply behind California, New Jersey, and North Carolina, according to a new study led by researchers from the Harvard University.

The U.S. States in order of frequency of PFAS detection:

Out of all these states, Georgia has succeeded to pass the firefighting foam regulation bill (House Bill 458) with an almost unanimous vote. The fire code amendments prohibit any fire department or local and state entity to discharge or other use of firefighting foam containing PFAS chemicals starting January 2020, with the exception of an emergency situation or for training or testing purposes in facilities built to contain releases into the environment.

To protect residents who rely on private drinking water wells, the Alabama Department of Environmental Management started to investigate the occurrence of PFAS in public drinking water systems near certain facilities that manufactured, used, handled, or stored PFAS, focusing on the PFAS chemicals known as PFOA and PFOS.

PFAS contamination has been found in at least 172 sites in 40 states, and more than 1,500 drinking water systems serving 110 million people may be also contaminated, according to the Environmental Working Group, an advocacy group that tracks pollution and supports tougher standards.

124 public water systems in Alabama analyzed 1,056 samples from 220 sites for six PFAS substances, including PFOA and PFOS. The following Alabama water systems have shown levels of PFOS and PFOA above the 70 ppt EPA chronic exposure threshold:

At the end of April 2019, 3M and the West Morgan-East Lawrence Water and Sewer Authority announced that they have settled the lawsuit between them. 3M agreed to pay $35 million to fund a new filtration system to compensate for the Tennessee River contamination. In addition, 3M has kept aside an additional amount of $235 million for the purpose of settling legal claims, but it has been estimated that the ultimate expenses would exceed $10 billion. Here are the milestones that were crossed by 3M:

People impacted by PFAS contamination are encouraged to contact Environmental Litigation Group P.C. to discuss their circumstances and the options available to them. Our experienced team of attorneys is knowledgeable in the scientific facts and medical issues critical to these cases. Individuals in communitieswhose water has been polluted by PFAS can seek compensation through the legal system. Most states allow you to recover damages for loss of property value, harm to your quality of life, and compensation for any illness you can prove was caused by the PFAS contamination.