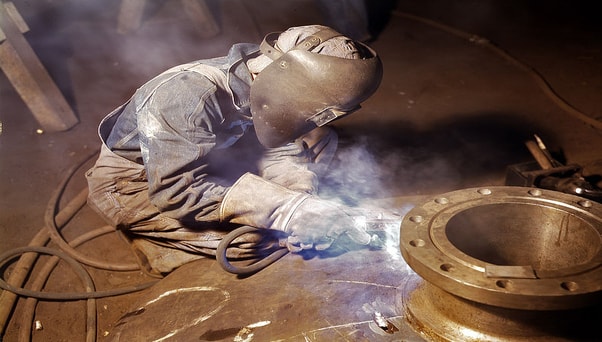 By 2002, Combustion Engineering had dealt with more than 111,000 asbestos claims, since many employees and contractors came to develop life-threatening diseases after working with or around the company's products.

Combustion Engineering was a leading company in developing fossil and nuclear steam power systems in the United States. As it would manufacture numerous asbestos-containing products and also supply other companies with hazardous materials, employees and contractors who worked at Combustion Engineering began developing harrowing diseases as a result of asbestos exposure several decades later. This situation shortly led to thousands of lawsuits being filed against the company and, subsequently, to Combustion Engineering's bankruptcy.

Combustion Engineering was founded in 1912 after Grieve Gate Company merged with American Stoker Company. It initially manufactured boilers, boiler fuel systems, and dryers. During the 1930s, the company was focusing on improving steam engines for locomotives and managed to survive the Great Depression by making strategic partnerships with other companies which it later acquired.

Throughout World War II, Combustion Engineering built asbestos-lined boilers for Liberty ships and after the war ended, it began expanding, adding more asbestos-containing products to their manufacturing list, such as:

The company expanded its operations as well in order to include gas and oil exploitation, production, and refining. However, the activity of Combustion Engineering reached its peak only in 1976, when 5,700 workers were employed at the Chattanooga facility, and it continued to grow until 1990 when it was acquired by Asea Brown Boveri, a multinational corporation which also took responsibility for the asbestos-related lawsuits filed against Combustion Engineering. Although Combustion Engineering stopped using asbestos, the number of asbestos claims continued to grow and ultimately forced Asea Brown Boveri to seek bankruptcy protection.

Most of Combustion Engineering's products were distributed to other companies and, as asbestos was present in nearly all of them, thousands of workers began developing devastating diseases such as mesothelioma or lung cancer. Some of the asbestos-containing products the company was renowned for are:

Since Combustion Engineering was also a very important supplier of asbestos products to a wide range of companies, people who worked in the following industries before the 1980s may have been significantly exposed to asbestos as well:

By 2002, Combustion Engineering had dealt with more than 111,000 asbestos claims, since many employees and contractors came to develop life-threatening diseases after working with or around the company's products. Asea Brown Boveri managed to settle almost 94,000 of the claims by 2004. Nevertheless, the company was rapidly approaching bankruptcy as a result of the massive financial debt it "inherited" from Combustion Engineering, as well as due to the asbestos-related lawsuits which were still active. Eventually, Asea Brown Boveri filed for Chapter 11 Bankruptcy protection, which included a reorganization plan for the company and creating an asbestos trust fund to compensate current and future claimants. In three years, Asea Brown Boveri set aside $1.43 billion for the asbestos trust fund, $900 million of which having already been paid out.

Asea Brown Boveri recovered and is currently operational in more than 100 countries, being a leader in power and automation technologies and having approximately 104,000 employees. If you or a family member worked at Combustion Engineering between 1930 and 1980 and was injured by asbestos exposure, our highly experienced lawyers can help you determine your eligibility for Asea Brown Boveri's asbestos trust fund.

It can take up to 50 years for symptoms to appear after the initial asbestos exposure, so even if you came in contact with this harmful mineral several decades ago, you qualify for financial compensation. The professional team of attorneys at Environmental Litigation Group, P.C. is committed to helping people who developed serious illnesses following occupational asbestos exposure at Combustion Engineering and will also provide legal assistance to families who lost a loved one under these circumstances. For additional information, please feel free to contact us and we will promptly evaluate your case.