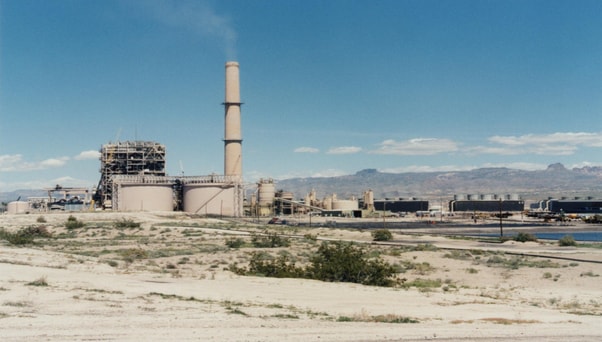 Because of the use of asbestos in this industry for fire prevention, many power plant workers were dangerously exposed. Some notable locations where asbestos exposure was registered are Empire Farms Power Plant, Nevada Company, and Desert Peak Power Plant.

Nevada has a rich history of mining and tourism. Even though asbestos does not occur naturally in this state, various industries exposed workers to this dangerous mineral, increasing their risk of developing diseases such as mesothelioma or asbestosis. According to the statistics provided by the Centers for Disease Control and Prevention, Nevada ranks 34th in the United States when it comes to deaths from asbestos-related illnesses, with the highest prevalence registered in Las Vegas, Reno, and Henderson.

Occupations at Risk of Asbestos Exposure

Since Nevada has no history of asbestos mining whatsoever, large quantities of this mineral were imported from other states. Throughout the last century, several companies received asbestos-contaminated vermiculite ore from the W.R. Grace mine in Libby, Montana, a site that actually received national attention for failing to warn people of the asbestos hazard. Workers have been facing different health threats in Nevada's cities, as a lot of the old hotels, casinos, and even homes were built using asbestos. Employees who were responsible for the maintenance of such structures often inhaled asbestos particles.

Transportation is another important aspect of Nevada. As a major touristic destination, Las Vegas represents a genuine transportation hub, which comes with a series of risks, because asbestos was used in engines and brakes, and also as insulation throughout the railroad industry.

The largest cities in Nevada require reliable sources of electricity. Because of the use of asbestos in this industry for fire prevention and the insulation of electrical circuits, many power plant workers were dangerously exposed. Some notable locations where asbestos exposure was registered are Empire Farms Power Plant, Nevada Company, and Desert Peak Power Plant.

As for the military, the state of Nevada is perhaps most notorious for the top-secret installation known as Area 51. Military facilities are known for their connection with asbestos use. Veterans who served at military stations such as Nellis Air Force Base, Stead Air Force Base, or Laughlin Air Force Base have a higher chance of developing asbestos-related diseases than the average population.

Below is a list of Nevada job sites and cities where asbestos was located, which also entail a higher probability that people were exposed:

U.S. federal agencies launched some investigations in 2007 at the Flamingo Hotel and Casino in Las Vegas after finding out that recent renovation projects may have exposed workers and owners to airborne asbestos particles. According to various reports, as many as 32 Las Vegas casinos filed paperwork for asbestos encapsulation plans in 2003.

Other Nevada hotels and casinos where cases of asbestos exposure have been reported include:

Filing a Claim for Victims of Asbestos-Exposure

If you or a family member were involved in construction, renovation, or maintenance at any of the listed sites, discussing with your physician about the damage asbestos might have inflicted on your health is highly encouraged. If, however, you are currently suffering from a disease as a result of occupational asbestos exposure, please contact the proficient team of attorneys and legal experts at Environmental Litigation Group, P.C. to recover financial compensation. Our lawyers dedicate the vast majority of their time to dealing with asbestos claims and fighting for people who were harmed by this toxic mineral, so we will be able to tell you which legal option can provide the best and fastest outcome for your case.