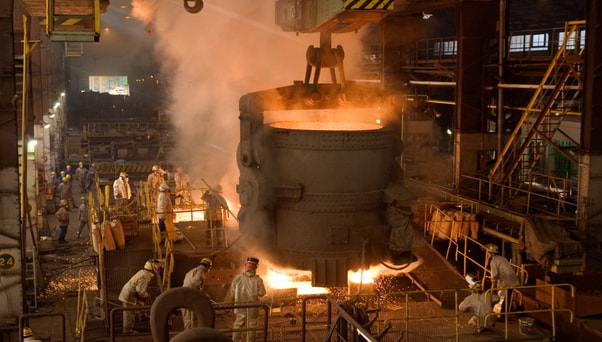 Workers at Grede's factory were ordered to take part in the renovation of an oven which contained large amounts of asbestos. They were not informed that the materials they were supposed to remove contained asbestos either and moreover, they were provided with unreliable safety equipment.

Grede Holdings is a company that produces aluminum and steel elements for transportation and industrial markets along with three supervisors, as well as gray and ductile iron castings. Recently, it has been indicted on several accounts for misleading and obstructing federal and state regulators who were investigating workers' exposure to asbestos at their now-closed facility in Berlin, Wisconsin.

Grede Holdings was formed in 2009 by merging Grede LLC with Citation Corporation. In 2015, Grede came to be a subsidiary of Metaldyne Performance Group and was eventually acquired by American Axle Manufacturing in 2016. Although they shut down the facility in Berlin in 2015 they remained operational in Wauwatosa, Browntown, Menomonee Falls, and Reedsburg. As a separate incident, Grede had to pay a $98,000 fine for continuously exposing workers to silica dust in the Browntown plant.

One of the indictments claims that in January 2012, workers at Grede's factory were ordered to take part in the renovation of an oven which contained large amounts of asbestos. Asbestos removal procedures were not correctly implemented by the management of the company. Workers were not informed that the materials they were supposed to remove contained asbestos either and moreover, they were provided with unreliable safety equipment. Subsequently, the contaminated material was disposed of in a landfill by unsuspecting trash collectors.

A worker who was involved in the aforementioned renovation project filed a complaint. This led to the Wisconsin Department of Natural Resources and the U.S. Environmental Protection Agency's Criminal Investigation Division conducting a thorough inspection, as well as investigations by the U.S. Department of Labor.

The evidence that Grede's safety officials tried to cover up the asbestos incident became clear when an old e-mail was found, stating that the company feared a possible $70,000 fine if they were to be exposed. The e-mail concluded with a paragraph which required the plant staff to remain quiet until a plan would have been devised.

The three supervisors could face prison sentences of 11 to 41 years and several thousand dollars in financial punishment. The company could also be forced to pay penalties of millions of dollars. Meanwhile, the workers who handled the old oven have to live with the fact that they had been exposed to asbestos and may thereby develop a terrible illness in the future.

Over 200 companies in the U.S. have knowingly exposed their workers to tremendous levels of asbestos throughout the past century. Despite being well-aware of the hazardous effects of asbestos on human health, numerous executives chose to turn a blind eye to scientific evidence supporting the carcinogenic nature of the mineral for their own financial benefit. As a consequence, thousands of former employees develop lung cancer or mesothelioma every year.

As exposure to this hazardous mineral can cause serious and potentially fatal diseases such as asbestosis or mesothelioma, no company should put their employees at risk. If you or a family member was exposed to asbestos on the job and want to receive more information or seek legal assistance, the attorneys at Environmental Litigation Group, P.C. are specialized in asbestos exposure cases and will gladly help you recover the compensation you deserve.