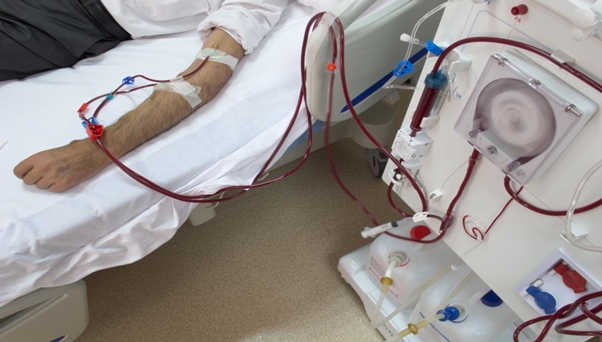 The chemicals detected at Camp Lejeune are commonly used as solvents for cleaning machinery and weapons, for dry cleaning, and some are found in fuels. Higher concentrations may cause adverse health effects, such as irritation of the lungs, damage to the liver, as well as kidney dysfunction.

The chemical contamination at Camp Lejeune started in the early 1950s and officials say it ended in 1985 when highly contaminated wells were removed from service. Generations of Camp Lejeune veterans and their families have experienced higher than expected rates of adverse health effects, as a result of exposure to elevated levels of chemicals.

Many factors can interfere with your kidney health and function, including exposure to toxic substances

Renal toxicity is defined as any decline in kidney function often caused by drugs, chemicals, industrial, or environmental toxic agents. The kidney, due to its excretory function of body wastes and harmful chemicals into the urine, and concentrating ability, is highly vulnerable to the effects of environmental toxins.

If you or a loved one has lived on the Camp Lejeune base and have concerns about your kidney function, ask your healthcare provider for:

Veterans who served at Camp Lejeune for at least 30 cumulative days from August 1953 through December 1987, are eligible for reimbursement of out-of-pocket medical expenses related to the 15 covered health conditions, including renal toxicity.

Exposures to high doses of either TCE or PCE can lead to health effects later in life, including kidney damage.

Kidneys are particularly susceptible to toxic substances because they have high blood flow, high metabolic activity, and possible active reabsorption and concentrations of toxins. As such, diverse types of renal diseases have been associated with these toxic substances. Researchers found that people exposed to PCE have an increased incidence of kidney failure. The levels of PCE at Tarawa Terrace Treatment Plant, which served Camp Lejeune, exceeded the EPA's recommended level of 5 ppb for long term exposures.

Veterans suffering from renal toxicity are routinely required to seek dialysis treatments three days a week for between three to five hours per session. The main purpose of dialysis is to prevent waste products in the blood from reaching hazardous levels.

The Department of Veterans Affairs released on January 13, 2017, its finalized rule allowing possibly thousands of former veterans, reservists, National Guard members, and/or their families exposed to dangerous chemicals at Camp Lejeune access to more than $2.2 billion in government disability benefits.

These benefits may supplement VA healthcare already being provided to eligible individuals.

If you are not sure if toxin exposure at Camp Lejeune caused your medical condition, please call us for a review of your case.

If you were exposed to the contaminants at Camp Lejeune and are filing a claim or are suffering from one or more of the associated health conditions, you can get quality legal assistance in filing or appealing your claim. Our legal team can help you determine your options and file a claim so you can obtain the compensation you deserve.