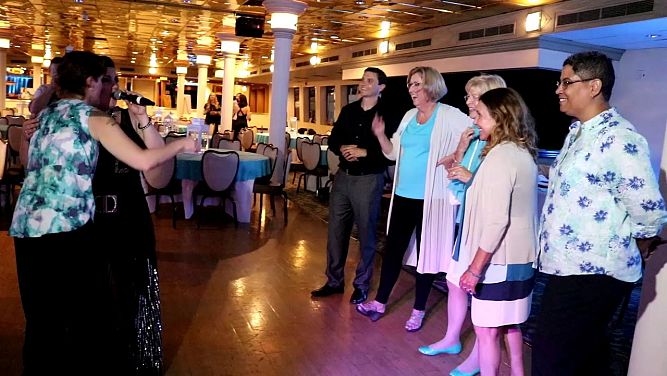 Although lung cancer is the second most prevalent cancer in men and women, it is treatable, even curable, if caught early. Today, there are over 430,000 lung cancer survivors in the U.S. and millions of other individuals who successfully keep their disease under control with the help of competent healthcare teams.

If you have just been diagnosed with lung cancer, it's important to keep in mind that no matter where you are in this uphill journey, or what your prognosis, there is always hope. Whether it's hope for a new treatment, a clinical trial, or hope for the things you can do to improve your chances and the quality of your life today, hope always pulls you forward.

Let's celebrate the upward trend in the number of cancer survivors

According to the American Cancer Society, over 430,000 people diagnosed with lung cancer at some point, who would not have survived in the 1970s, are still alive today. It can be a real help to realize that the number of cancer survivors in the U.S. and worldwide is growing and that many of these people live fruitful, rewarding, and joyful lives following treatment. 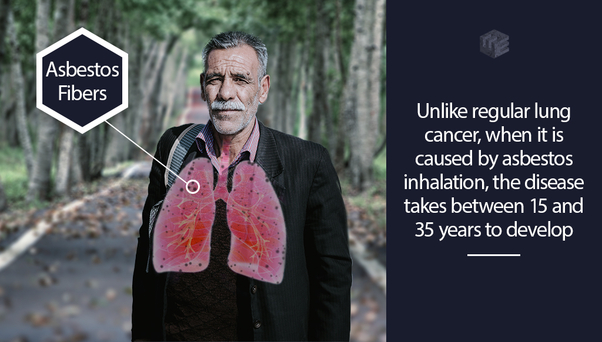 The first correlation between occupational asbestos exposure and lung cancer dates back to 1935. The National Cancer Institute subsequently deemed the causal relationship official and, as a result, there is now no doubt that prolonged or frequent exposure to asbestos fibers can lead to cancer of the lungs. However, unlike regular lung cancer, when it is caused by asbestos inhalation, the disease takes between 15 and 35 years to develop, as it has a long latency period. During this time, the toxic fibers which have reached the lungs and become embedded in tissue produce increasingly severe inflammation and scarring, which will eventually be replaced by a malignant tumor.

When it comes to asbestos exposure, over 6,000 Americans lose their lives annually due to lung cancer which resulted from this factor. Anyone who held down a high-risk job before 1980, such as construction worker or millwright, is prone to developing lung cancer today. Thereby, it is crucial to regularly monitor your health if you have a history of occupational asbestos exposure.

By having a chest X-ray and a series of pulmonary function tests once a year, you can easily avoid finding out about a potentially fatal disease when it is too late. Furthermore, we encourage you to contact our experts afterward, as they offer asbestos screenings free of charge to anyone who handled the carcinogen in the workplace or was surrounded by it. They will carefully examine your chest X-ray and promptly let you know whether the asbestos fibers in your lungs have begun giving way to a serious disease.

Survival rates for lung cancer are different for each individual. There are many factors that can increase these numbers:

Our featured survivors share words of inspiration, wisdom, hope, and support about how their lives have been changed by lung cancer

F. Steve: With faith, family, and friends - plus best care - I had a good chance at winning against lung cancer

Living in South Alabama, my life was fairly normal. All of that was turned upside down after a visit to my primary care physician because I was having swallowing difficulty. He prescribed a drug used to treat the symptoms of gastroesophageal reflux disease, but none of the symptoms on the label matched my symptoms, so I advocated for myself and scheduled a chest X-ray appointment. The pulmonologist detected radiological findings frequently seen in patients with a history of asbestos exposure, and a PET scan found that the swallowing difficulty was due to lymph nodes that also showed cancerous activity. It was a stage 3B non-small cell lung cancer.

I got exposed to asbestos while working in the U.S. Navy for more than 12 years starting in 1973 when I enrolled in the military to be a serviceman. As an avid smoker, I abdicated myself to the unhealthy habit, not knowing that I tripled the risks of cancer as a result of the fatal combination of smoking and asbestos exposure.

My wife, Patricia, was with me every step of the way, and when I returned from a test or a treatment, she was there with a smile, saying "There, you've reached another milestone!" I believe that I am still here today because of my trust in God, my supportive family, and friends, plus the right doctors. I'm thankful for each of my 72 years. My wife and I will soon celebrate our 50th wedding anniversary. With three children, two daughters and one son, and seven grandchildren, I feel truly, truly blessed.

D. Robert: I was given a less than 2% chance of living another five years, however, I became a survivor

I was 59 years old, healthy, with no symptoms or outward signs of any disease. But a heart screening had shown some opacities in my lungs. When I was diagnosed, doctors told me the cancer was inoperable and incurable. Here I am eight years later, loving life.

An old friend suggested I see a doctor in Philadelphia. This doctor wanted to remove the tumor and send a sample for a test to see which combination of chemotherapy would best kill my cancer. He gave me hope and I went for it!

My life revolved around getting better and doing whatever it took to get through treatment, although it was hard at times. I lost my hair, my blood counts were all over the place, and my immune system was compromised. My clinician recommended supplements to help me deal with side effects, and the hospital's pain management team prescribed medications for the pain. I also went through physical therapy and occupational therapy at the hospital, too. I am especially grateful to one of the therapists who taught me how to breathe again.

When people come to me for advice, I tell them I am proof that a lung cancer diagnosis is not a death sentence. I continue to return to the hospital for checkups. Although I do live with the fear it will come back, I try to think positively. There's every reason to be optimistic.

H. Deborah: The light at the end of the tunnel

It started with an intermittent cough for about three-four months, which was followed by progressive shortness of breath. I struggled to climb stairs and walk short distances, which was not a problem before. I joined the military in 1979, the first year that women were required to train with men, and I was part of the first group and also enjoyed the challenge. The regular training activities made me a stronger person both mentally and physically. However, diagnosis of cancer is a life-shattering thing and coming to terms with reality is so painful for the person and also the caretaker.

When I was diagnosed I could not find a single person who had survived lung cancer long term and that was incredibly frightening. The good news is now I know lots of them! The lung cancer survivors that I have been fortunate to meet, are amazing men and women. One of my wishes is that my story of survival can provide hope to all those who have to hear the words "You have lung cancer." My other wish is that people realize there is no one way to survive cancer. Some of us speak with unbridled optimism and some of us never speak of our experiences at all.

During my lung cancer journey, it has been hard to not feel guilty, as so many people are diagnosed with stage 4 from the beginning. I know I have been given a gift. I know that survivor's guilt is a real thing. I feel so extremely thankful to have a surgeon that kept testing when I feel that no other doctor would have continued to do so. I know that early detection has made all the difference in the world to me, my family and friends. I know that early detection is something that needs to happen to save lives.

Today, every moment is special, and I cherish each one. My husband, children and grandchildren are the most important people in my life. My life has a new perspective, and I feel so blessed to have this time with my friends and family. I tell others to count the beautiful blessings in their lives and make the most of each and every day!

Honoring lung cancer survivors is of utmost importance, as anyone could be stricken by this unmerciful disease next and almost everyone knows someone who suffers from it or whose life was claimed by it. While there are countless ways you can commemorate lung cancer survivors, here are a few suggestions: