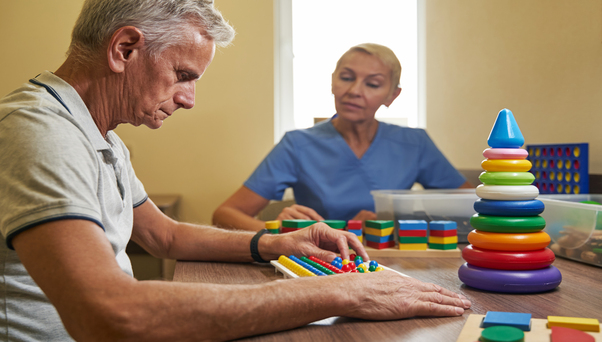 Over 10% of people with a disability have severely affected cognition, struggling with concentration, remembering things, and making decisions. There are many causes of cognitive disability, including hypothyroidism, diabetes, kidney disease, and infections. However, cognition may also become impaired as a result of toxic exposure.

These dangerous chemicals affect the functioning of the central nervous system, including attention, processing speed, and motor performance. According to the National Institute of Health, exposure to toxic chemicals in the womb or during the first years of life may cause a disruption in normal neurological development that can last a lifetime. Consequently, pregnant women exposed to solvents are at high risk of giving birth to a child with cognitive disability.

A study led by the American Academy of Neurology found that cognitive disability can stem from exposure to all types of solvents, namely:

If you were stationed at Camp Lejeune between 1953 and 1987, either as a veteran or a family member of one, and now struggle with cognitive disability, we highly advise you to get in touch with our specialized attorneys. This diagnosis has a strong connection to chemical exposure, so you are most likely entitled to financial compensation. However, to become eligible, you must have spent at least 30 consecutive days at the military base during that period. If you are eligible, our skilled attorney will file a Camp Lejeune toxic water claim or lawsuit for you.

The link between cognitive disability and toxic exposure

A study published in the medical journal Dementia and Geriatric Cognitive Disorders found a greater risk of poor cognitive performance among individuals with high exposure to benzene. Cognitive function was evaluated among 5,242 subjects with a history of occupational solvent exposure using two different tests requiring:

Furthermore, new findings by the Harvard School of Public Health also support the association between solvent exposure and people struggling with cognitive difficulties years later. Exposure to industrial solvents can lead to permanent brain damage. Researchers in the previous study found evidence of damage to thinking and memory occurring as long as 50 years following toxic exposure.

On military bases, most civilians were exposed to solvents by inhaling the vapors these chemicals release, whereas service members were also exposed through skin and eye contact, as they would often clean their weapons and equipment with solvents. Lastly, a Nederlands Tijdschrift voor Geneeskunde study revealed that 500 out of the 3,000 patients who had been referred to one of the Dutch Solvent Teams with health problems were suffering from "chronic solvent-induced encephalopathy".

This syndrome is a form of cognitive impairment, being characterized by neuropsychological impairment on measures of information processing speed, immediate memory, and motor performance speed, as well as:

Our attorneys have vast experience, knowledge, and resources in handling toxic exposure cases, providing legal assistance to veterans for over two decades. If you spent time at a military base during the last century and began experiencing symptoms of cognitive disability, we strongly encourage you to contact our law firm. Because we know how difficult and challenging it is to complete the process by yourself, our attorneys will do all in their power to take care of the most complex matters on your behalf.

If you are a veteran, we will only request your military records, which you must retrieve, and your medical records. These documents will serve as a starting point for our skilled attorneys to review your case. As a civilian who came to struggle with cognitive impairment due to your stay at a contaminated military base, you will only have to send our legal team proof of your time spent there and your medical records, too. In the end, you will be presented with the maximum compensation you are entitled to if you choose to work with us.