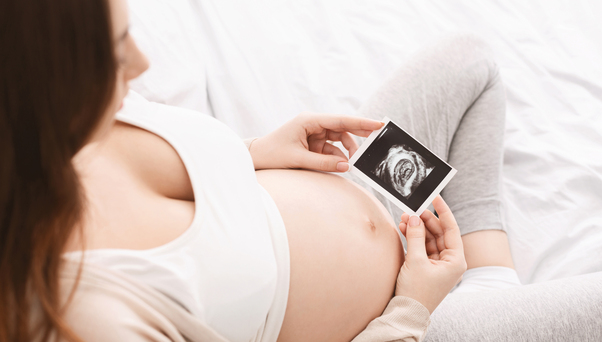 Some of the organic and chlorinated solvents present at military bases during the last century are teratogens, which means they can cause congenital malformations in newborns. Because toxic exposure was unavoidable, many pregnant women who spent time at a contaminated military base gave birth to children with malformations.

Every year, 1 in 33 babies is born with a congenital defect in the United States. Sadly, in addition to asphyxia, prematurity, and sepsis, congenital defects account for up to 44% of deaths among children under five. While in most cases, it is challenging to determine the cause of a birth defect, they often have genetic, infectious, or environmental origins. Babies who survive and live with congenital malformations have a high risk of long-term disabilities, which can greatly impact the affected person. Some of the most common birth defects are spina bifida, cleft lip and cleft palate, and microcephaly. The following solvents were found to increase a child's likelihood of being born with a congenital malformation:

These chemicals were present at many military bases during the last century, severely increasing the risk of pregnant servicewomen or servicemen's wives giving birth to a child with a congenital malformation. Camp Lejeune is one of the most relevant examples in this respect, as over a million people lived there between 1953 and 1987 when contamination at the facility was at its peak. If your child has microcephaly or another birth defect and you spent time at the military base during that period, you should contact our law firm, as you may be able to obtain compensation for your child. We will file a Camp Lejeune toxic water claim or lawsuit to obtain the largest sum of money for your and your child's suffering.

The association between congenital malformations and toxic exposure

Congenital microcephaly, which refers to abnormally small head circumference, is often caused by environmental factors such as exposure to toxic chemicals. Many cases are deemed "idiopathic" because medical specialists cannot pinpoint the exact cause of this congenital malformation. However, according to studies, most children are born with microcephaly due to in-utero exposure to hazardous environmental agents. When a woman is exposed to toxic chemicals during pregnancy, they interfere with the normal proliferation and migration of neural cells, which are the fundamental components of the central nervous system.

One of the environmental factors commonly associated with microcephaly is mixed solvent vapor, which may contain:

By the late 1970s, two independent sources of data were accumulating, pointing to organic solvents as a major factor in microcephaly and mental retardation. To conclude that microcephaly stems from environmental factors and not genetic factors, the child must not have any recognized genetic syndrome and no family history of the malformation. Any given case of "idiopathic" microcephaly is considerably more likely to be environmental than genetic. Out of the plethora of children born with isolated microcephaly whose cause is unknown, a very small percentage will ultimately have their malformation caused by genetics.

We have recovered financial compensation for over 230,000 toxic exposure victims and will do all in our power to provide you with quality legal assistance. If you were pregnant while at a military base and gave birth to a child with microcephaly or another congenital malformation, we encourage you to contact our skilled attorneys. Since we know how challenging and overwhelming caring for a child who struggles with such a debilitating condition can be, we will make the legal process as easy as possible for you.

You will only have to send our legal team your military records, which you must retrieve, if you are a veteran, or evidence of your stay at the military base if you are the spouse of one, and your child's medical records. We will thoroughly review your case and determine whether you are entitled to financial compensation. If you are, our attorneys will prepare your claim for submission as soon as possible. In the end, you will receive the maximum compensation you are entitled to for the unjust suffering of your child.