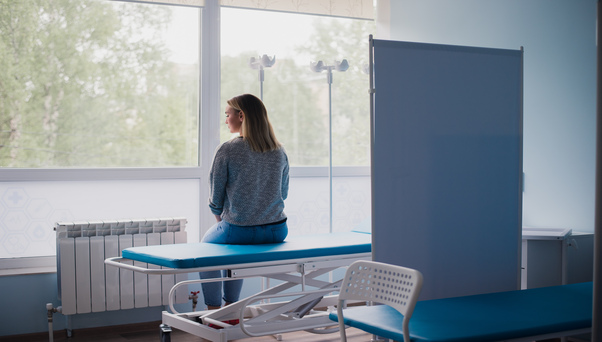 Conjoined twins develop when the embryo only partially separates to form two individuals. The infants are usually connected at the chest, abdomen, or pelvis. Sadly, over half of conjoined twin pregnancies result in miscarriage or stillbirth, and many conjoined twins die after birth.

Only 1 in 200,000 births results in conjoined twins, which makes this condition very rare. A woman can know whether she is pregnant with conjoined twins if she undergoes a pelvic ultrasound during the first or second trimester. The doctor will inform her about what to expect and whether the condition of her unborn babies is compatible with life. If the babies can survive, they will have to be delivered by a C-section. Interestingly, nearly 75% of conjoined twins are female. While some conjoined twins can be separated a few months after birth through surgery, others cannot, as they share one or more vital organs, such as the heart. Conjoined twins can be connected in different areas, including:

Surgery might save a twin's life if the other dies or has a life-threatening health problem. However, when conjoined twins cannot be separated by surgery but are healthy, they can usually lead a relatively normal life with special accommodations. Exposure to toxic chemicals during pregnancy can result in conjoined twins, according to medical studies. Between 1953 and 1987, roughly one million people inhabited Camp Lejeune, all of whom came in contact with harmful substances by drinking contaminated water. If you were pregnant during your stay at the military base and gave birth to conjoined twins, do not hesitate to contact our law firm, as you may be entitled to compensation. Our attorneys will file a Camp Lejeune toxic water claim or lawsuit for you.

The link between conjoined twins and toxic exposure

Numerous toxic agents can impact pregnancy, including many that were lurking on military bases during the last century, such as mercury, industrial solvents, arsenic, lead, and benzene. Exposure to heavy metals increases the risk of having a child with a birth defect or malformation, as well as conjoined twins. Agent Orange may have a link to conjoined twins. In 1981, a pair of conjoined twins were born in Vietnam, and their mother claims she had been heavily exposed to the defoliant during her pregnancy while farming in areas doused with Agent Orange and by drinking water from a nearby well.

Furthermore, in 1987, another pair of conjoined twins was born at the Tu Du Hospital in Ho Chi Minh City, Vietnam. The cause of their condition was established to be Agent Orange exposure during pregnancy. During the war, the U.S. military dropped approximately 13 million gallons of this herbicide on Vietnam. The defoliant was tested and stored on some military bases in our country, so it is likely that it also ended up in drinking water along with many other hazardous chemicals. Veterans need to know they did not have to work overseas or be stationed in Vietnam to be exposed to Agent Orange.

For over two decades, our law firm has been offering assistance to toxic exposure victims, among whom are many veterans and family members. If you were pregnant during your stay at a military base, either as a servicewoman or the wife of a serviceman, and gave birth to conjoined twins, we encourage you to give us a call, as you may be eligible to file a claim for compensation. All you will have to provide our legal team with as a veteran are your military records, which you must retrieve, and your medical records, which must state that you had conjoined twins.

If you are the spouse of a veteran who had conjoined twins, you will need to send our attorneys evidence of your stay at the military base and your medical records. After we thoroughly review your case, we will determine whether you qualify for filing a toxic exposure claim. Eligible toxic exposure victims will have their claims filed by our experienced attorneys with minimal involvement on their part. In the end, you will receive the financial compensation you deserve for your unjust suffering.