Dementia with Lewy bodies, a frequent misdiagnosis in people with Parkinson’s disease 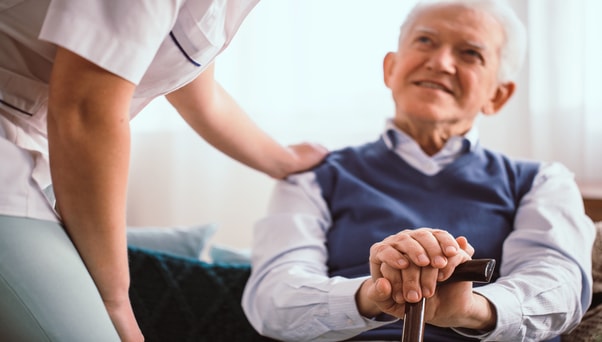 As a neurological disorder, dementia with Lewy bodies occurs when there are abnormal deposits of a protein known as alpha-synuclein in the brain. These deposits cause the sufferer to experience difficulty thinking and moving. If your family member was exposed to paraquat, they may receive a wrong diagnosis of Lewy body dementia.

In dementia with Lewy bodies, the deposits of the protein alpha-synuclein in the brain affect neurotransmitters such as dopamine, which results in the person who struggles with this disorder experiencing problems with thinking, movement, behavior and mood. This brain disorder is one of the most common types of dementia, accounting for 15% to 25% of the cases. There are nearly one million people throughout the United States who currently suffer from dementia with Lewy bodies. Since the symptoms of this brain disorder often mimic those of Parkinson's disease, medical professionals have a difficult time assigning a correct diagnosis.

Furthermore, the symptoms of dementia with Lewy bodies are very similar to those of Alzheimer's disease, as well as to those of schizophrenia. The family members of people with a history of paraquat exposure need to keep a close eye on their health, as they may eventually come to struggle with Parkinson's disease. If they initially receive a diagnosis of dementia with Lewy bodies, they must encourage their loved one to seek a second and even a third opinion from different medical specialists. The deposits of Lewy bodies affect numerous regions of the brain, such as:

While the exact cause of dementia with Lewy body has not yet been found, medical researchers discovered that the accumulation of the protein alpha-synuclein in the brain is associated with the loss of certain neurons that produce important neurotransmitters such as dopamine and acetylcholine. The presence of the former is essential for proper behavior, cognition, movement, motivation, sleep and mood, whereas the latter is important for memory and learning. If you have a family member who was exposed to paraquat, chances are that they will develop Parkinson's disease, which is why you need to pay close attention to their health over the years. Only people with a diagnosis of Parkinson's disease are eligible for compensation from the liable paraquat manufacturers.

How is dementia with Lewy bodies different than Parkinson's disease?

It is worthy of note that dementia is often present with Parkinson's disease, but not everyone who has this brain disorder will have this symptom. When it is present, people will first experience a movement disorder, with symptoms such as slowed movement, muscle stiffness, tremor and a shuffling walk. Subsequently, they will experience the cognitive symptoms of dementia, which include changes in mood and behavior. Another important aspect to keep in mind is that dementia with Lewy bodies is the umbrella term for two similar diagnoses, namely dementia with Lewy bodies and Parkinson's disease dementia.

Our law firm specializes in toxic exposure and has the necessary knowledge and resources to help your family member who struggles with Parkinson's disease as a result of paraquat exposure recover the financial compensation they are eligible for. With over 25 years of experience in pursuing compensation for the victims of toxic exposure, we will thoroughly assess your situation and gather pertinent evidence to support your paraquat claim. Although the legal process is quite complex, it will require minimal involvement on your part, as you will only have to provide our legal experts with proof of paraquat exposure and evidence of the diagnosis of Parkinson's disease. The involvement of a family member is crucial, as people with Parkinson's disease often have a difficult time clearly explaining their situation.

A very important aspect you should be aware of is the statute of limitations for paraquat claims. It refers to the timeframe within which you can file your claim and depends on your state of residence. The majority of states have a statute of limitations of 2 or 3 years from the moment of diagnosis. Therefore, it is essential to seek legal assistance as soon as your family member receives their Parkinson's disease diagnosis, as preparing your paraquat claim is a tedious process. Eventually, following claim submission, you will receive the maximum compensation available for the diagnosis of your loved one on their behalf if you choose to work with our skilful legal team. For more information, please feel free to contact us and we will gladly answer your questions.