What diseases make you eligible for filing a claim if you were exposed to toxic agents in the military? 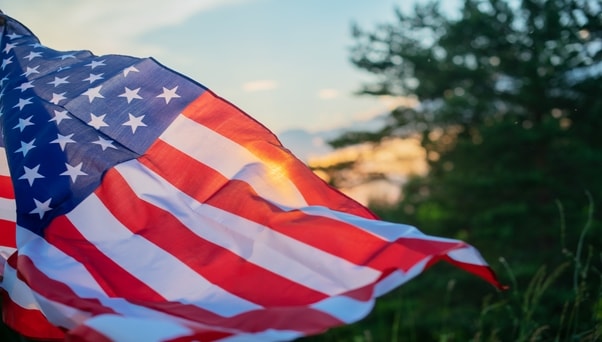 During the last century, people serving in the military would regularly be exposed to toxic agents such as asbestos, mustard gas, and radiation. However, some members of the military are in frequent contact with harmful substances today. You may be eligible for compensation if you developed a disease as a result of toxic exposure.

There were numerous toxic agents people serving in the military would encounter on a regular basis during the last century, exposure to which could subsequently result in a serious disease. Nevertheless, while some toxic agents are a thing of the past, certain members of the military are in frequent contact with hazardous substances today. It is important to know that, if you are a victim of toxic exposure that occurred while you were on active duty, you may be eligible for compensation, which you can recover with the assistance of a specialized attorney. However, there are only some diseases that qualify a veteran for filing a personal injury claim with the companies that manufactured the dangerous substance they were exposed to, as well as a claim with the VA for disability compensation. The reason why only particular diseases make you eligible for compensation is that there must be a strong causal relation between the toxic agent you were exposed to and your diagnosis.

Asbestos was a critical material for the U.S. Navy since it was lurking on every ship and submarine, although the other branches of the military made use of it as well. It was present on the average military ship in over 300 different products, which inevitably led to heavy exposure among people who were serving aboard. To qualify for filing a claim, a veteran must prove that at least 50% of their asbestos exposure occurred while they were on active duty. While this may seem a challenging endeavor, working with a lawyer whose main area of practice is toxic exposure will make the process significantly easier, as their legal experts will make the necessary connections and gather pertinent evidence for you. It is worthy of note that, because asbestos was present in tremendous amounts on military ships, over 30% of veterans now struggle with mesothelioma, the most aggressive cancer asbestos exposure is responsible for. Furthermore, if you developed the following diseases and conditions as a result of military asbestos exposure, you are also eligible for filing a claim to recover the compensation you deserve:

It is important to keep in mind that diseases and conditions that occur as a consequence of asbestos exposure usually develop within 20 to 50 years, which is why it was only recently that thousands of veterans came to struggle with serious health problems for which they began seeking financial compensation. A lawyer specializing in toxic exposure will greatly help you if you are a veteran whose health was affected by military asbestos exposure, as they will include in the documents that will accompany your claim key aspects such as:

These are crucial aspects that must be included in your asbestos exposure summary if you intend to file a VA claim to recover disability compensation for your diagnosis. Failing to properly and thoroughly explain these factors will most likely result in your claim being denied, which is the last thing you want if you are a veteran who struggles financially. This is why you need to work with a lawyer specializing in toxic exposure, as their legal team will properly take care of these aspects on your behalf with minimal involvement on your part, which will allow you to continue focusing on your health and treatment. It is also noteworthy that a lawyer who specializes in this area of practice will strive to obtain the maximum compensation you are entitled to, filing your claim with each and every company responsible for your asbestos exposure, as well as with the VA. Accomplishing to do so on your own is nearly impossible, as you are probably in a lot of physical and emotional pain, which will prevent you from recovering the largest sum of money you truly deserve for your suffering.

Today, one of the most infamous sources of toxic exposure among members of the military is aqueous film-forming foam, commonly known as AFFF. It contains a group of fluorinated chemicals known as PFAS, exposure to which can result in numerous terrible diseases and health problems. Out of this category of toxic substances, PFOS and PFOA are the most studied, as well as the most dangerous. Exposure occurs when a military firefighter inhales or ingests these chemicals when they are released by the use of AFFF. Surprisingly, this fire suppressant was developed by the U.S. Navy along with the renowned company 3M in the 1960s and has been employed to put out class B fires by both civilian and military firefighter ever since. While companies are striving to develop a fire suppressant that is as effective in extinguishing fires as AFFF, military firefighters continue using this foam, which greatly endangers their health. The diseases that make you eligible for filing a claim if you were exposed to AFFF in the military are:

Furthermore, PFAS are contaminating over 700 military sites at the moment, as AFFF has been extensively used in the training of new military members for the last 60 years. The Environmental Protection Agency deemed numerous of these military facilities, the majority of which belong to the Department of Defense, Superfund sites, and is striving to clean up the polluted areas. If you were a military firefighter who used AFFF and subsequently developed a related disease, we strongly encourage you to contact a lawyer whose main area of practice is toxic exposure, as they will be able to help you recover the maximum compensation you are entitled to from the liable companies. Some of the companies that manufacture PFAS in addition to 3M, which has ceased the production of these carcinogenic substances, are:

Similarly, if you were stationed at a military base that was contaminated with PFAS and came to struggle with a disease as a consequence of exposure, you are also eligible for compensation. Once again, the assistance of a lawyer who specializes in toxic exposure is essential, as only they will be able to obtain the most favorable outcome for your case. Together with their legal team, they will gather the necessary information and evidence for your claim, which will be filed both with the military base you were stationed at and with the VA so that you can benefit from the largest sum of money available for your injury.

As a veteran, you can recover compensation from tobacco companies as well

According to the Department of Defense, approximately 38% of smokers in the military began using tobacco after joining. While tobacco is not a toxic agent all members of the military were exposed to, it is important to know that you can recover compensation from the companies whose cigarettes you have been smoking if your habit resulted in a related disease even if you are a veteran. There are over 34 million smokers in the United States and 16 million people who suffer from diseases as a consequence of their tobacco use. Although you may think filing a product liability claim with a tobacco company is pointless, since they are a huge business, it is possible to obtain financial compensation if your habit caused you to develop a disease. The following diseases make you eligible for seeking compensation if you are or were a veteran who smokes:

It is important to know that the VA does not accept claims filed for tobacco smoking, as this was something that could have been avoided while you were in the military. However, a lawyer who specializes in product liability will be able to recover compensation on your behalf from the companies who manufactured the cigarettes you have been smoking. It is important to know that chronic obstructive pulmonary disease refers to emphysema and chronic bronchitis, whereas throat cancer includes esophageal cancer, laryngeal cancer, and pharyngeal cancer. Regardless of the number of companies whose tobacco products you have been using, a lawyer who specializes in this area of practice will prove to be of great help when it comes to recovering financial compensation for your diagnosis.

With over 25 years of professional experience, our law firm specializes in toxic exposure and product liability. If you are a veteran whose health was affected by exposure to one or multiple toxic agents, please contact our attorneys, as they may be able to recover compensation for you. While the legal process is complex and challenging, it will require minimal involvement on your part.

You will only have to provide your lawyer with your military records, which you must retrieve, and your medical records, documents that will be used as evidence to support your claim. Eventually, you may receive the compensation you are entitled to for your physical and emotional suffering. For more information, please feel free to contact our law firm and we will promptly answer your questions.