Engineers exposed to asbestos are at moderate risk for cancer 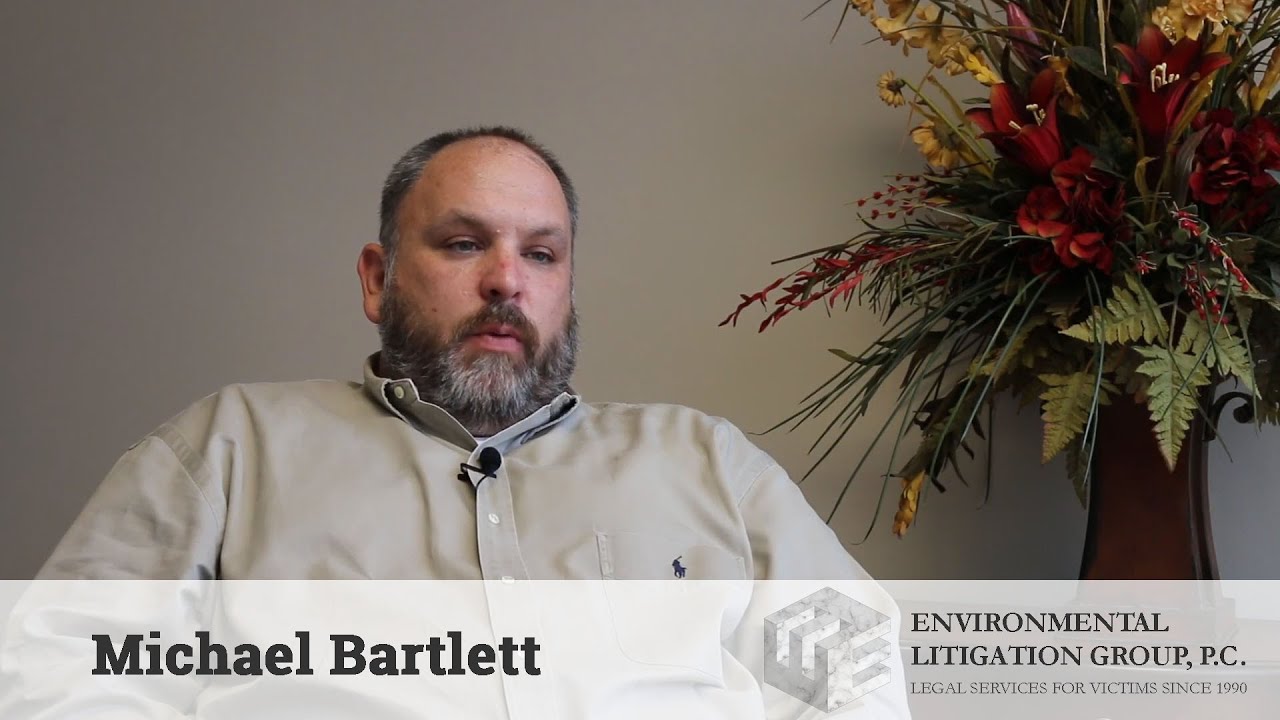 A 1997 study conducted by the National Institute for Occupational Safety and Health revealed that mechanical and electrical engineers with a history of asbestos exposure have a considerable risk of developing asbestos-related diseases. In addition to mesothelioma and lung cancer, they might also develop colorectal cancer.

Despite the fact that asbestos is nowhere near as commonly used nowadays as it was five decades ago, the issue of exposure remains very topical, as every year, there are up to 15,000 asbestos-related deaths in the U.S. The majority of people who are currently struggling with asbestosis, lung cancer, and mesothelioma were regularly exposed to high levels of asbestos in the workplace between the 1940s and the early 1980s when the mineral had known unprecedented popularity within numerous industries. It is estimated that 27 million employees were regularly exposed to asbestos in the workplace during the previously mentioned time frame.

Which types of engineers are most likely to develop a disease

There are over 25 engineering branches, each concerning a very specific work field, from aeronautical engineering to electrical engineering. Since asbestos was only involved in certain branches, not everyone who worked as an engineer before the 1980s was exposed. The following engineering specialties entail the highest risk for occupational asbestos exposure.

Engineers are at moderate risk of developing a disease since they did not generally work directly with asbestos. Nevertheless, because engineers were closely supervising employees who handled asbestos, exposure was inevitable and as a consequence, many of them have recently been diagnosed with a form of cancer. Exposure occurred mainly through contact with various products which contained high concentrations of asbestos, such as:

Click on one of the categories to read more about asbestos exposure.

How were industrial engineers exposed to asbestos?

The job of industrial engineers focuses on improving business practices by streamlining processes and operations, designing methods of reducing costs, and increasing the safety of the work environment. Although their work is mostly carried out from behind a desk, it is crucial for industrial engineers to observe first-hand how the company is running its business in order to come up with the most efficient improvement strategies. Thus, industrial engineers who worked in oil refineries and steel mills before the 1980s had to regularly conduct a thorough evaluation of the equipment, which often contained asbestos, as well as spend considerable time among employees who handle asbestos directly to carefully analyze the work process.

How were stationary engineers exposed to asbestos?

The risk of asbestos exposure was particularly high for stationary engineers, as their job involved the maintenance and repairing of boilers insulated with large amounts of asbestos. They commonly worked in petroleum refineries, power facilities, and industrial factories, all of which were notorious for their large-scale use of asbestos. Because industrial equipment has a tendency to overheat, the risk of fire was enormous, and thereby, reliable insulation was mandatory. Boilers were wrapped in asbestos insulation and in order to access the vessel, stationary engineers had to remove it, which would release asbestos fibers into the air. As protective equipment was not required, engineers would unavoidably inhale asbestos fibers.

How were operating engineers exposed to asbestos?

Operating engineers may have been exposed to asbestos in multiple ways. The machinery they used was often built with numerous asbestos-containing components, such as gaskets and brake pads. By demolishing buildings with asbestos in their structure, exposure was possible as well, since millions of old houses in the U.S. were built with asbestos-containing products. For road grader operators, roadbeds might have been another source of exposure, as asbestos was incorporated in many to increase their durability. Finally, by spending the majority of their time on construction sites, operating engineers were also exposed to significant levels of asbestos dust released following various building operations.

How were electrical engineers exposed to asbestos?

Electrical equipment is necessary for a wide range of settings, including residential buildings, communication systems, household appliances, and aircraft. However, before the 1980s, nearly all electrical wiring had one element in common: asbestos. Therefore, it is perhaps not surprising that electrical engineers have also been exposed to this harmful mineral on the job.

How were sales engineers exposed to asbestos?

Because they were often in contact with asbestos-containing products, sales engineers have a moderate risk of developing a serious disease as well. Although they were not required to disturb asbestos insulation like stationary engineers, sales engineers were exposed to products such as boilers and other similar equipment on a regular basis.

How were aeronautical engineers exposed to asbestos?

For aeronautical engineers, the severity of asbestos exposure depended on the field they worked in - while the design and research branches were not high-risk, the maintenance and manufacture of aircraft implied an increased risk of exposure. There were multiple aircraft components that contained or were manufactured with asbestos during the last century, including clutch pads, fuel tanks, brake shoes, and engines. Thereby, exposure was quite likely to happen while those components were disturbed.

How were mechanical engineers exposed to asbestos?

Mechanical engineers were present in most industries that used asbestos, such as the chemical, aerospace, and automotive industries. Due to the astounding number of asbestos applications, the sources of exposure for mechanical engineers were various, from electrical equipment to automotive components. By interacting directly with the mineral, the chances of inhaling or ingesting airborne fibers were considerable.

How were civil engineers exposed to asbestos?

Civil engineers are responsible for the development and maintenance of public infrastructures. Depending on their specialty, a civil engineer's job can focus on construction, water resources, transportation, or the environment. Even though asbestos exposure was possible for each of these branches, engineers who worked in construction had a significantly higher risk in this respect, as asbestos could be found on virtually every construction site in the U.S. before it was better regulated.

How were marine engineers exposed to asbestos?

In addition to being exposed to a lot of toxic agents such as exhaust gases, chemicals, organic solvents, and petroleum products, marine engineers were also in direct contact with asbestos on the job. Insulation, pipes, rotary vane vacuum pumps, boilers, watertight joints, and rotary vane air compressors are only some of the hazardous products they were exposed to on ships. Accordingly, many former marine engineers are now suffering from lung cancer and mesothelioma.

What types of diseases can develop from direct exposure to asbestos in an occupation such as engineering? 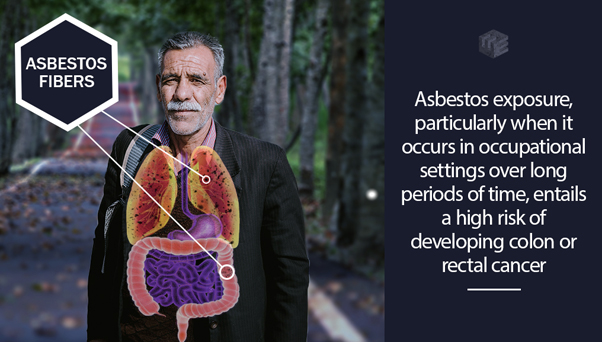 In addition to mesothelioma and lung cancer, electrical and mechanical engineers are also likely to develop colorectal cancer as a result of asbestos exposure.

A 1997 study conducted by the National Institute for Occupational Safety and Health revealed that mechanical and electrical engineers with a history of asbestos exposure are prone to developing colorectal cancer.

Researchers analyzed 4,943,566 death certificates from 28 states issued between 1979 and 1990 in order to identify the prevalent forms of cancer among various occupational groups exposed to asbestos.

The study also found esophageal cancer to be highly common among sheet metal workers and mechanical workers, while a relevant number of supervisors and production managers developed gastric cancer.

Asbestos victims who developed asbestosis, lung cancer, or mesothelioma as a consequence of occupational exposure can recover substantial compensation for their injuries with the legal assistance of a competent and experienced attorney.

One of the most recent successful asbestos cases involves the family of a mechanical engineer who was diagnosed with mesothelioma after he had been exposed to enormous levels of asbestos over the course of his 38-year career. Billy Dickson was an employee of Bell Helicopter, a Texas-based aerospace manufacturer whose executives had been well-aware of the dangers of asbestos ever since 1955, but failed to enforce safety regulations until the 1970s. According to the prosecution, the company was exposing workers to concentrations of asbestos which were sometimes up to 200 times higher than the permissible limit. Shortly after receiving the diagnosis, Billy Dickson passes away at the age of 74. However, in March 2017, a Dallas jury ordered Bell Helicopter to pay $8.8 million to his family as compensation.

If you or a loved one were harmed by occupational asbestos exposure, we highly encourage you to act by filing an asbestos trust fund claim against a negligent company as soon as possible.

If you were injured by asbestos while working as an engineer, you are eligible for financial compensation 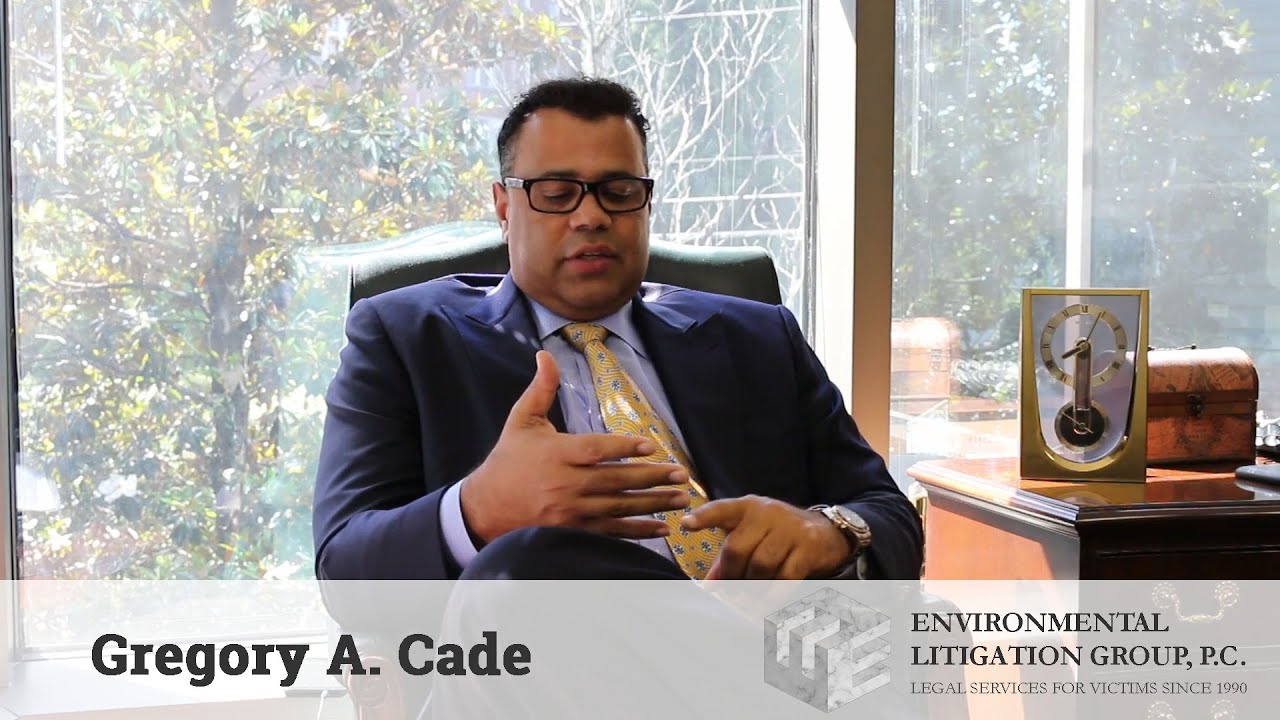 Whether asbestos exposure occurred because of dust created by insulation, rope, millboard, tape, putty, cement, drive bands, wide sheets, brake linings, hoses, jointing, or some other products, if it occurred in the workplace, Environmental Litigation Group P.C., can help you consider your right to compensation.

In order for asbestos claims to be successful, it must be proved that:

We have been providing quality legal assistance to the victims of toxic exposure since 1990 and our diligent attorneys will do all in their power to help you recover the compensation you deserve.

Are you struggling with a disease as a result of occupational asbestos exposure? Since asbestos use was incredibly widespread throughout the past century, the majority of engineering branches would regularly encounter it on the job before the 1980s. As a consequence, numerous engineers are now suffering from terrible diseases like lung cancer or asbestosis. If you are a former engineer injured by workplace asbestos exposure, we strongly encourage you to file a personal injury claim. To initiate the legal process, we will need your employment or military records, which you must retrieve, if you were a military engineer, and your medical records. The highly experienced lawyers at Environmental Litigation Group, P.C. will provide you with quality legal assistance and help you file a claim with one or multiple asbestos trust funds to recover the financial compensation you deserve.