The EPA strives to entirely ban the use of asbestos in the U.S. 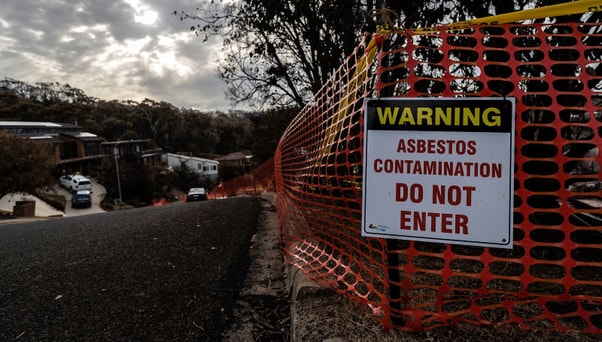 The Environmental Protection Agency (EPA) continues to make efforts to forbid the employment of asbestos. In June, it issued a new rule with the purpose of ending the use of asbestos once and for all. Even if a complete ban of asbestos were to take place though, the toxic mineral would still lurk in old buildings.

While asbestos is currently banned in 60 countries, including highly populated states - Japan and Brazil - the use of this carcinogenic mineral is still allowed throughout the U.S. However, the Environmental Protection Agency (EPA) continues to make efforts to forbid the employment of asbestos. In June, it issued a new rule with the purpose of ending the use of asbestos once and for all. Nevertheless, critics say that the rule is not effective and will lead to the creation of "loopholes" which, paradoxically, will only increase the use of asbestos in the future. Regardless of the situation, a full ban might take place, though. Linda Reinstein, president of the non-profit Asbestos Disease Awareness Organization, is "very optimistic" about the new rule's chances of passing.

Since 1960, the employment of asbestos throughout the country has become wider, especially by the Chlor-alkali industry, which uses it to produce chlorine and caustic soda. In 2018, approximately 750 metric tons of asbestos were imported from Russia, where the mineral is heavily mined, according to the U.S. Geological Survey. Asbestos has been "a 100-year man-made disaster," said Linda Reinstein. Every year, over 10,000 Americans lose their lives to asbestos-related diseases such as lung cancer or mesothelioma. Nonetheless, even if a complete ban of asbestos were to take place, the toxic mineral would still lurk in old buildings, putting the health of construction and demolition workers, as well as firefighters, at great risk.

On April 17, 2019, the EPA issued another rule with regard to new uses of asbestos. Accordingly, the agency tried to forbid the employment of the following asbestos-containing products:

However, because this rule was issued just a few weeks after the EPA Administrator Andrew Wheeler had testified that he would put a full ban on asbestos in front of the Energy and Commerce Committee, Frank Pallone Jr., Chairman of the Energy and Commerce Committee, viewed this law as the "complete betrayal of that commitment". He made the following statement: "Just last week, Administrator Wheeler sat before my committee and committed to an outright ban of ongoing uses of asbestos. Today's rule is a complete betrayal of that commitment. It does nothing to restrict ongoing uses of asbestos; instead, it provides a pathway to market for uses that had previously been phased out, such as in floor tiles and insulation." 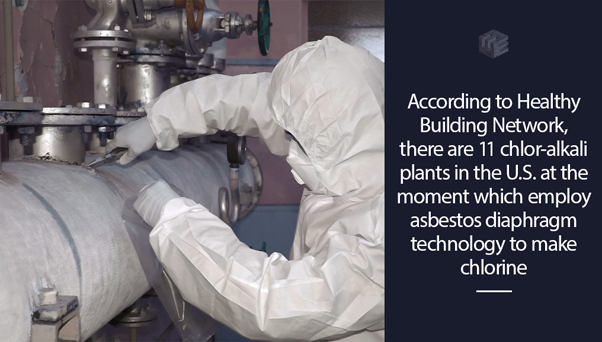 Because the chlor-alkali industry is the largest employer of asbestos at the moment, it naturally seeks to be excluded from the complete asbestos ban which might take place in the future.

"We certainly are not opposing a ban for all other uses of asbestos. I just want to make that clear. The ACC's opposition is focused on the impact on the chlor-alkali industry, and the supply of chlorine to this nation," Mike Walls, ACC vice president for regulatory affairs, said. Additionally, he believes that banning asbestos, which is already highly regulated within the industry, would leave manufacturers without a viable short-term alternative. According to the Healthy Building Network, there are 11 chlor-alkali plants in the U.S. at the moment which employ asbestos diaphragm technology to make chlorine.

Despite Wall's statements, there are effective alternatives to asbestos which could be used by the chlor-alkali industry. Only one of 75 plants in the European Union still uses asbestos diaphragms in the production of chlorine, according to Celeste Monforton, an environmental and occupational health specialist at Texas State University. Nonetheless, Walls says that "It is not a simple matter of dropping in an alternative, switching the plant back on, and being able to produce. We are talking about a transition time that is significant, that would cost hundreds of millions of dollars."

10 U.S. states are suing the EPA for not issuing stricter asbestos regulation laws

Even though the EPA has already taken radical measures to completely ban asbestos use in the country, 10 states have filed a lawsuit against the agency for its failure to issue a stricter asbestos ban rule. The lawsuit was filed in Oakland in the U.S. District Court, Northern District of California. Some of the states which joined the lawsuit are:

"If there is any unreasonable risk, the EPA will regulate, and our regulation could take the form of a ban," Alexandra Dapolito Dunn, assistant administrator of the EPA's Office of Chemical Safety and Pollution Prevention, said in April.