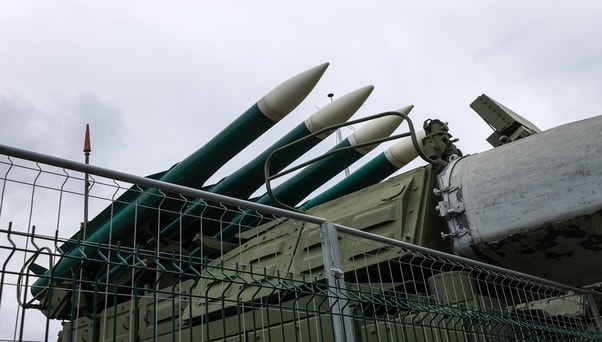 There are currently over 700 military sites throughout the country that are heavily contaminated with PFAS and other harmful chemicals. As a result, people who were stationed at these military bases have a high risk of developing pancreatic cancer due to toxic exposure.

The primary source of fluorinated chemicals is aqueous film-forming foam, commonly known as AFFF, which civilian and military firefighters have used since the 1960s to extinguish class B fires. These are fires that start by igniting flammable liquids such as alcohol, fuels, and oils. However, AFFF contains numerous fluorinated chemicals, the most dangerous being PFAS, a group of toxic substances also carcinogenic. Out of this group of chemicals, which includes over 4,000 substances, PFOS and PFOA are the most studied at the moment, as they are associated with a high risk of developing numerous serious diseases, including pancreatic cancer.

The U.S. Navy has developed AFFF with the help of the renowned company 3M and, because it is very effective in putting out fires, has been employed for this purpose ever since. Recently, more and more people have begun developing terrible diseases due to having been stationed at one or multiple military bases where AFFF was used. Because PFAS are forever contaminants, they persist in the environment once released, making it extremely difficult for agencies such as the Environmental Protection Agency to clean up.

The link between exposure to PFAS and pancreatic cancer

A study conducted by the U.S. National Toxicology Program on PFOA and pancreatic cancer found that the safe limit of this chemical in the environment is 0.1 parts per trillion, which is significantly lower than the 70 parts per trillion permissible limit set by the Environmental Protection Agency.

Furthermore, exposure to PFOA for 7 days caused oxidative stress in the pancreas in mice, which is a condition that develops before the occurrence of pancreatic cancer. The mice that were part of the study eventually developed both benign and malignant pancreatic tumors. At the moment, PFAS are deemed "possibly carcinogenic" to humans by the International Agency for Cancer Research.

When a carcinogen enters the body, it creates free radicals, which are the precursors of oxidative stress. So far, numerous people came to struggle with pancreatic cancer several years after they were stationed at a military base that was contaminated with PFAS. It is important to know that if you developed pancreatic cancer due to exposure to PFAS from one or multiple military bases, you are entitled to financial compensation, which a lawyer specializing in toxic exposure can help you recover. The most common symptoms of pancreatic cancer include:

It is worthy of note that a significant number of people with pancreatic cancer first receive a diagnosis of diabetes, which is correlated with this disease. Similarly, in people who already have diabetes, the condition may worsen. Therefore, if you experienced one or more of the symptoms above and were stationed at a contaminated military base, please seek medical attention as soon as possible. When you have a pancreatic cancer diagnosis, our attorneys will help you obtain the compensation you deserve for your suffering from the military base and the VA.

What other toxic chemicals may be present on military bases?

In addition to PFAS, numerous other harmful agents present on the military bases people are usually stationed at. This only increases the extent of toxic exposure, as well as the risk of developing pancreatic cancer. The following are some of the most hazardous substances that may have been lurking on the military base you were stationed at:

Many of these agents are heavy metals, exposure to which is also associated with pancreatic cancer. For instance, cadmium is known to accumulate in the pancreas over time. If you are in frequent contact with it, your chances of developing pancreatic cancer are thereby higher. In addition, most people who were stationed at military bases, either alone or with their family members, spent at least several months there, which increases their risk of coming to suffer from pancreatic cancer to a great extent.

What are the most contaminated military bases in the United States?

While the Environmental Protection Agency found PFAS to lurk on over 700 military sites, not all these locations are bases. In fact, most of these sites are weapon and ammunition facilities. Nevertheless, there are many military bases where people were usually stationed whose environment abounded in PFAS, as well as in other toxic agents.

If you were stationed at one of these military bases and developed pancreatic cancer, please contact our law firm, as we specialize in toxic exposure cases and will help you recover the financial compensation you deserve for your diagnosis. With over 25 years of professional experience, our attorneys will file a claim on your behalf so that you can benefit from the largest sum of money available for your disease.

In the regrettable case that you received a pancreatic cancer diagnosis and were stationed at a military base contaminated with PFAS, you may be eligible for compensation. With vast knowledge and extensive resources, our attorneys can provide you with quality legal assistance in obtaining the money you deserve for your suffering. Although the legal process is very complex and tedious, it will require minimal involvement on your part, as you will only have to send your attorney your military records, which you must retrieve, and your medical records.

At the same time, the rest of the necessary documents will be efficiently handled by our experienced legal team. In addition, your claim will also be filed with the VA if you are eligible so that you can receive disability compensation since your toxic exposure occurred while you were on active duty. Eventually, you may obtain the most favorable outcome for your case if you decide to work with our law firm. For additional information, do not hesitate to contact us, and we will gladly answer your questions.